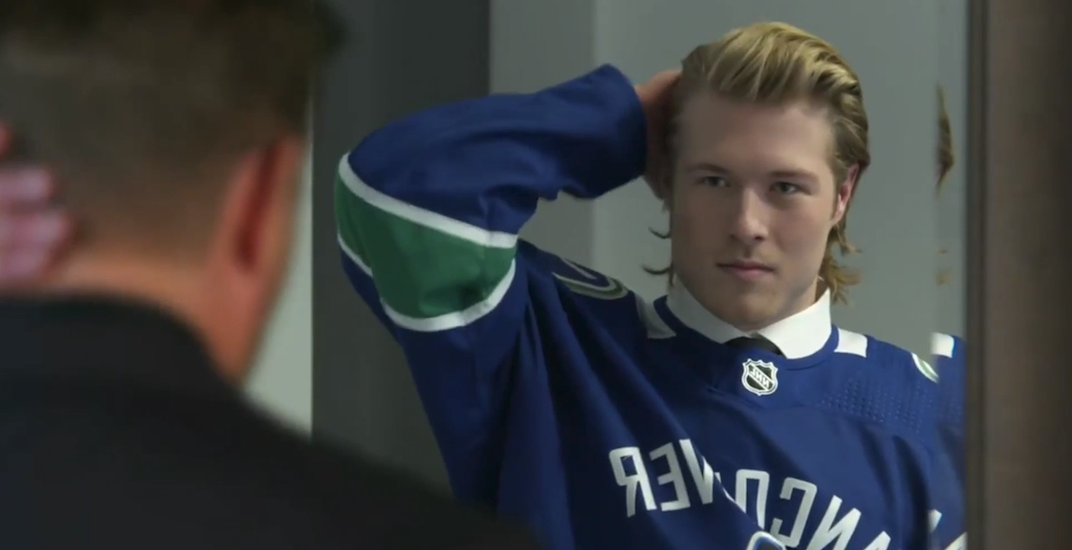 It feels like we’ve been obsessing over Brock Boeser’s hair ever since the Canucks drafted him in 2015.

Flow-mania was kicked into high gear this season, when Vancouver’s super rookie surpassed already-high expectations with an outstanding rookie year.

Boeser’s blonde flowing locks got league-wide exposure during NHL All-Star Weekend, when he won the accuracy shooting competition – sans helmet. He would win All-Star MVP the next day.

And now, even non-sports fans in Canada know about the wonder that is Brock’s hockey hair.

With the 2018 Juno Awards taking place at Rogers Arena, hosted by Burnaby’s Michael Buble, including Boeser in the show was a natural.

Boeser attended the Junos, making an appearance in the intro beginning at the 16:28 mark of the video below:

Or if you’re impatient, check out this clip:

Buble has a long history with the Canucks, first as a fan, and later in a number of capacities. He filled in as a broadcaster alongside John Shorthouse for a game in 2009 and attended a practice with the team back in 2011.

A massive hockey fan, Buble is also a part owner of the Vancouver Giants.