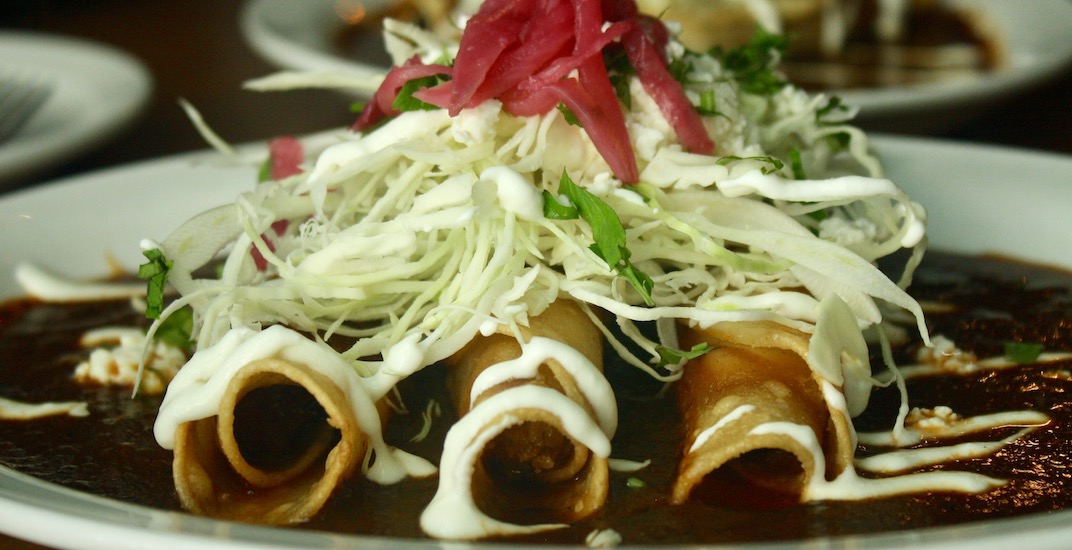 After a returning from a recent trip to Mexico, the owners of La Mezcaleria and the spot’s Executive Chef, Mariana Gabilondo, decided to switch up the menu at their two eateries located on Commercial Drive and in Gastown. 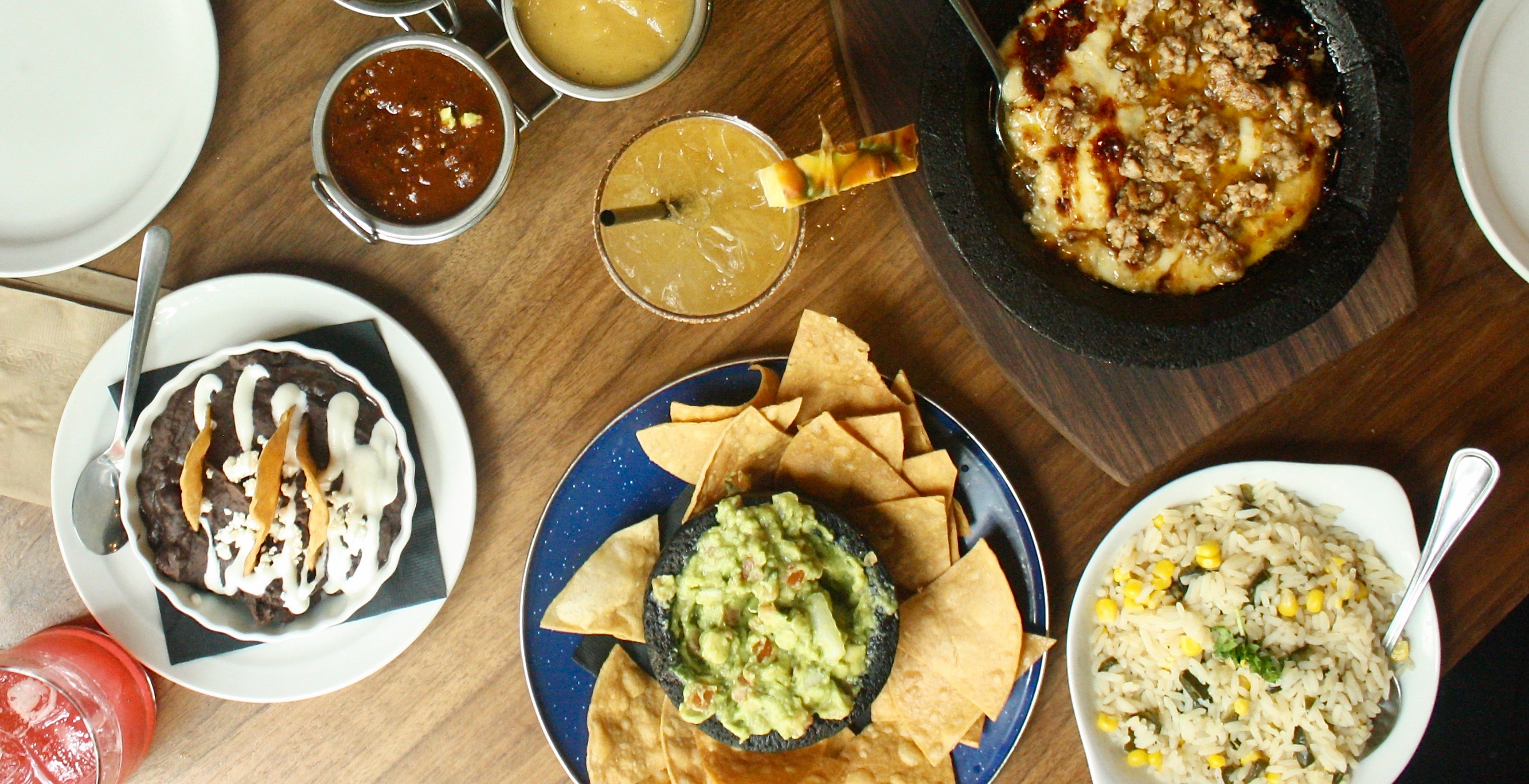 You’ll be seeing filling dishes like Flautas, Enchiladas, Quesadillas, and Alambre replacing the Tostadas and the seafood Enseladas on the current lunch menu.

The Alambre is available in three varieties (all are gluten free, by the way). Choose from beef, marinated pork, and veggie, which will be served piping hot alongside a generous serving of refried black beans, rice, and fresh corn tortillas. 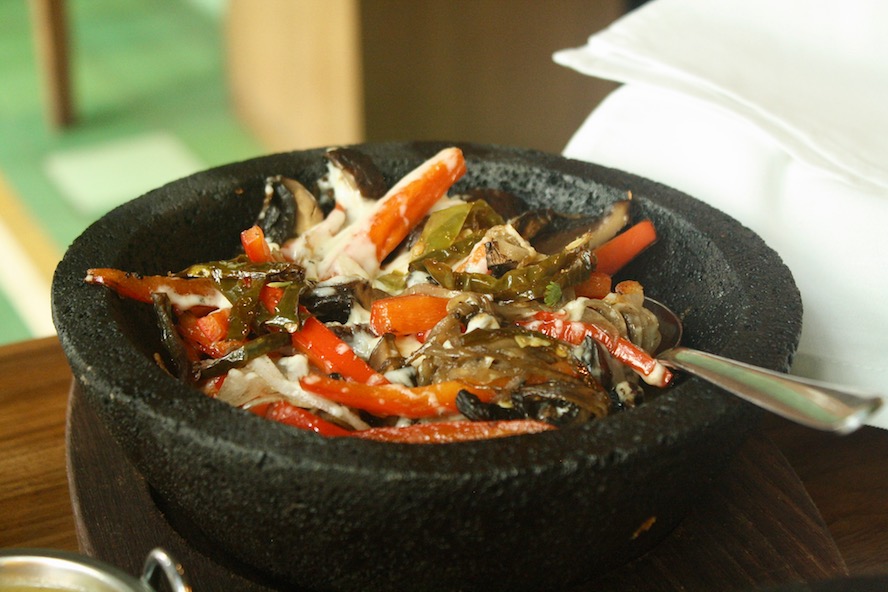 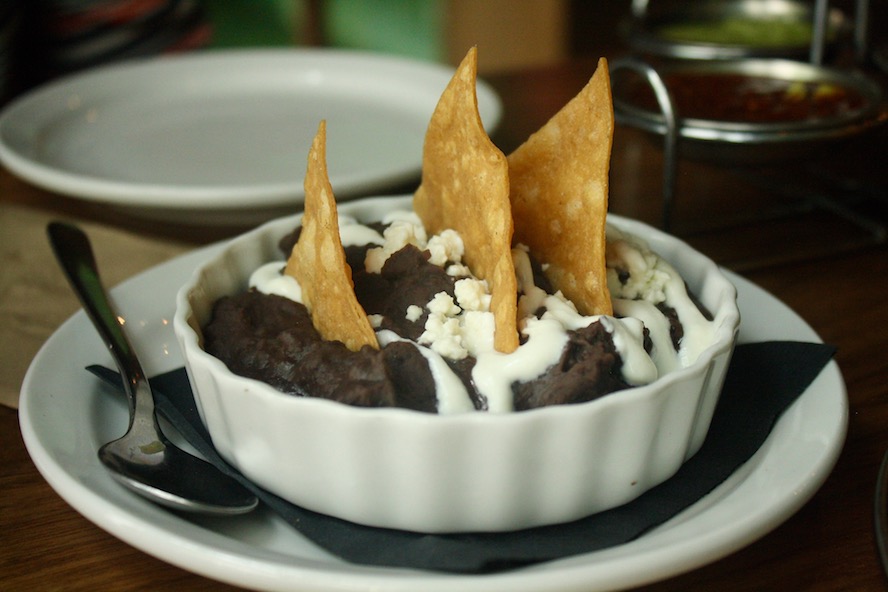 Another new item to try is the Flautas (taquito or rolled taco), which come filled with tender braised lamb, smashed potato and onion, or fish. 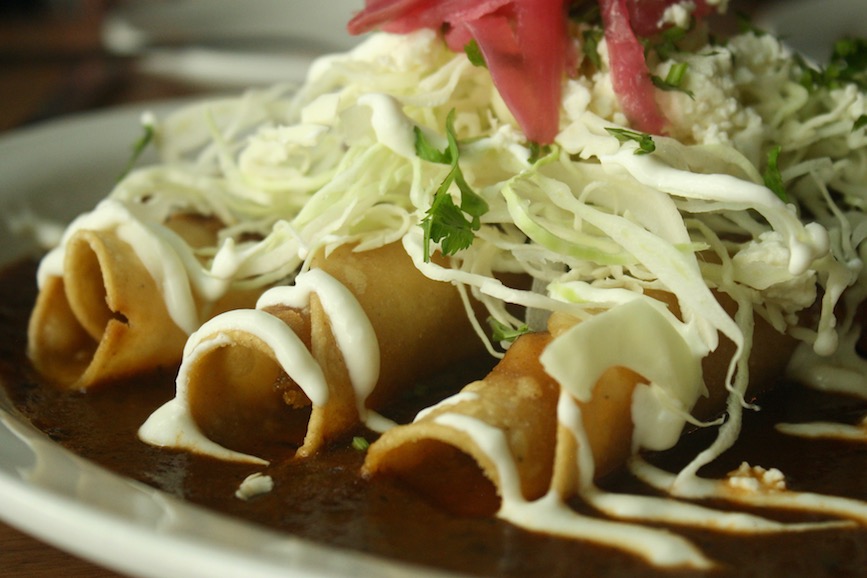 If you’re not a big fan of change – don’t worry, La Mezcaleria has kept its beloved (and holy) dish, the Queso Fundido. This always pairs nicely with a heaping bowl of freshly-made guac, and a cocktail from the new drink program designed by Beverage Director, Ryley Zucca. 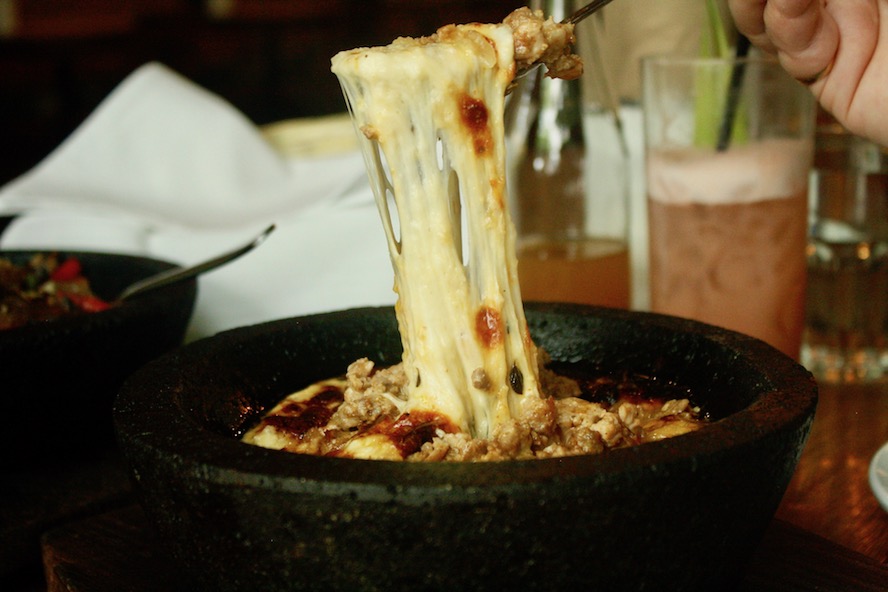 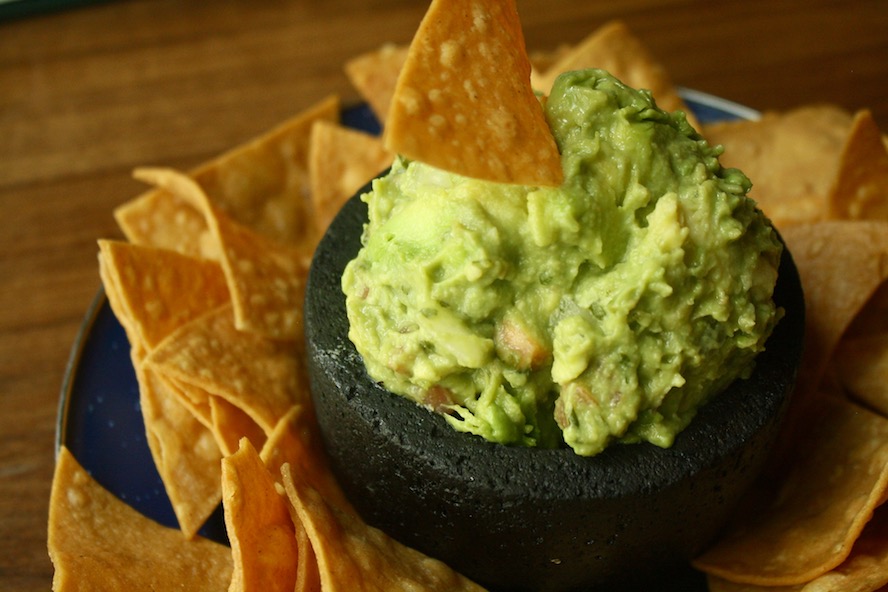 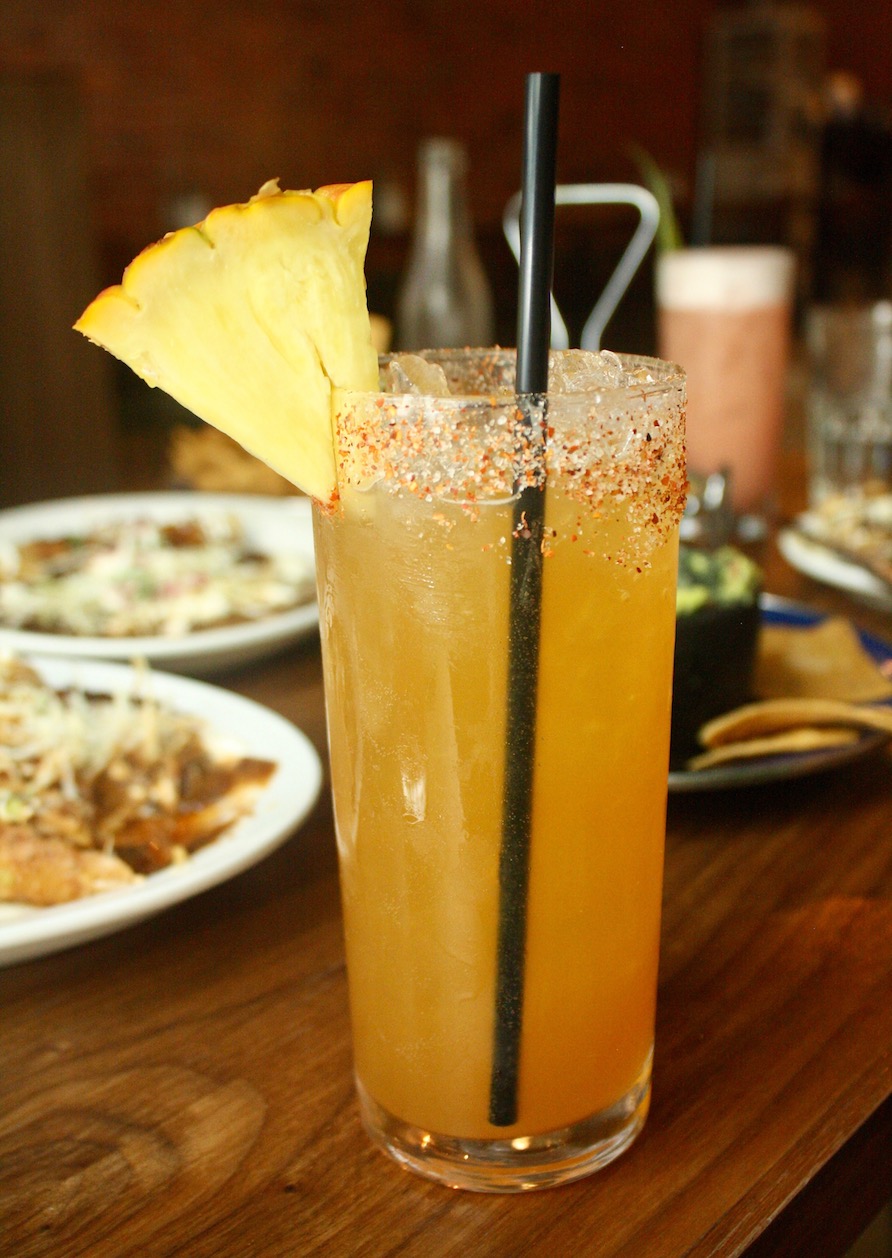 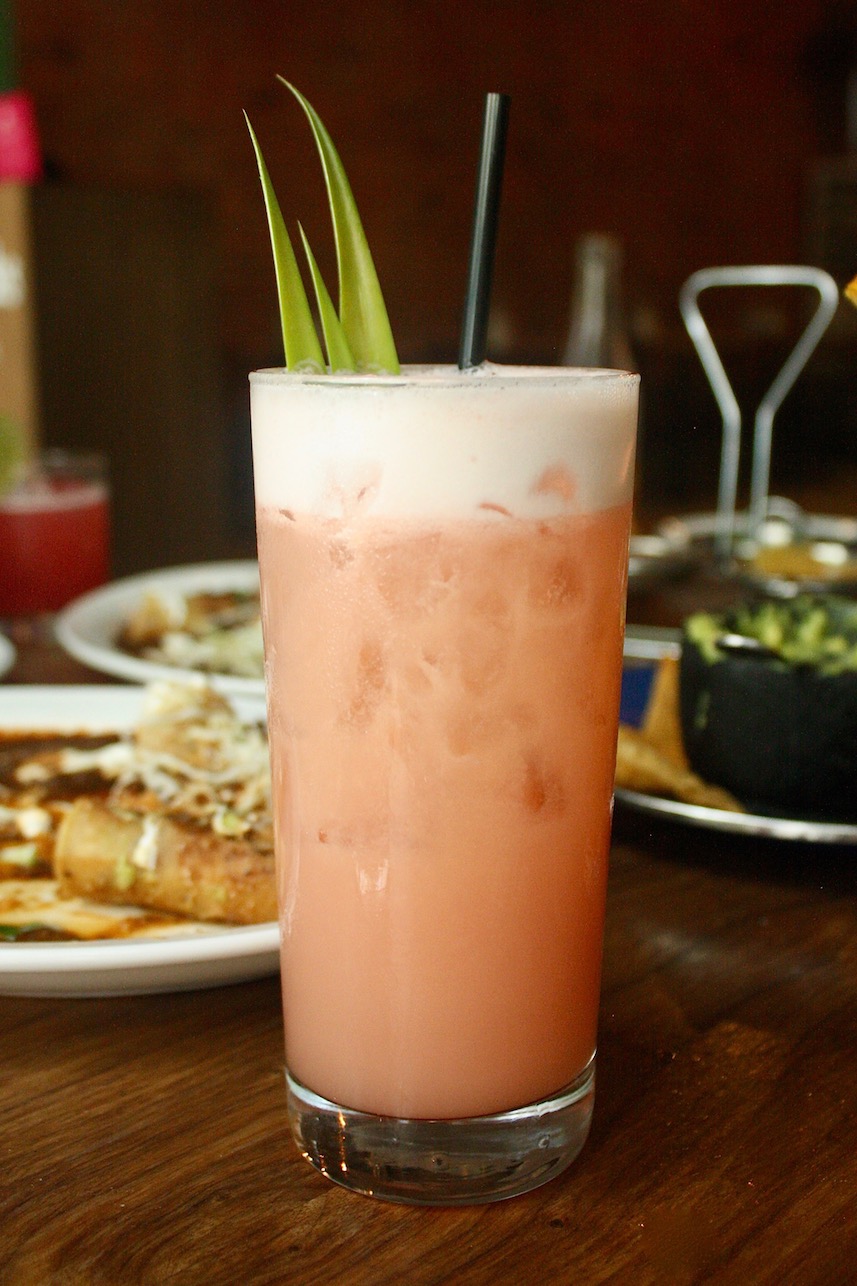 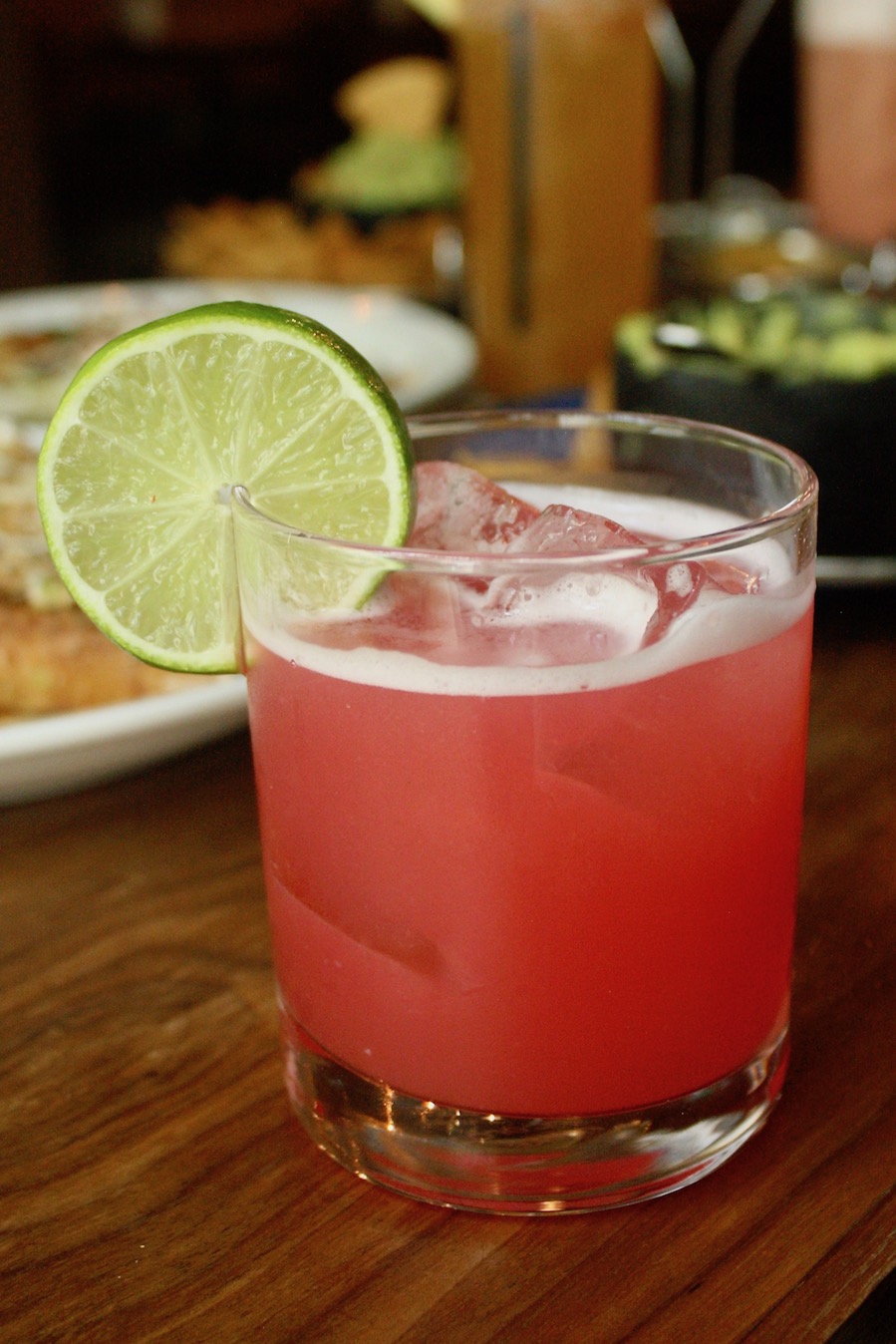 If you work near either location you should be sure to keep La Mezcaleria and its revamped midday menu on your radar for some quality and filling grub.

Both La Mezcaleria locations offer lunch starting at 11 am from Wednesday to Sunday.