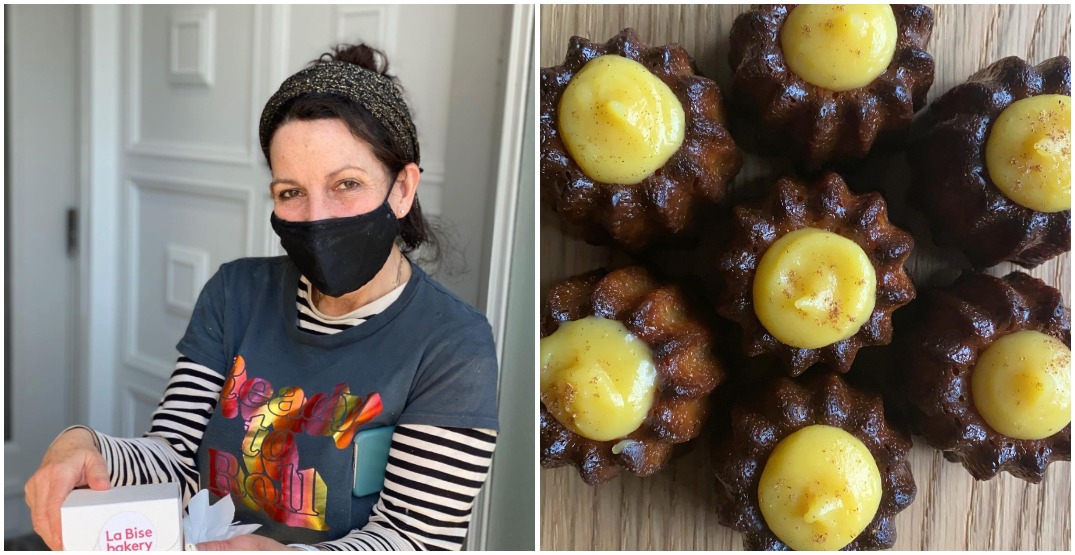 French canelés, European-style donuts, and other sweet treats are what you’ll find at La Bise Bakery.

Inspired by travels, each item at La Bise Bakery tells a story.

More than just a storefront, the bakery is Nicole Scriabin’s passion project. After living abroad in London, Rome, and Singapore, Scriabin was called back to Vancouver to help her elderly mum with dementia.

In order to distract herself and solve her travel itch, Scriabin taught herself how to make the things she missed, most of which happened to be baked goods.

Vancity has been supporting people in our communities since 1946. As part of our Made in Vancouver series spotlighting local businesses, we talked to Nicole Scriabin, owner of La Bise Bakery, about how the bakery came to fruition. Learn more about what Vancity is doing in your community at vancity.com

Although her favourite food has to be cacio e pepe pasta, Scriabin doles out perfect french canelés and European style donuts.

Her bakery is also known for several other sweet treats, such as chocolate brownies, coconut macaroons, and passionfruit chantilly doughnuts.

“I may be untrained, but I have spent many years working with chefs either as a waitress or as Creative Manager at Food Network UK,” explained Scriabin.

“I felt comfortable experimenting in the kitchen and tested [recipes] on my friends who encouraged me to expand from my home kitchen.”

La Bise Bakery is located in Kitsilano in a commissary kitchen just south of Granville Island at 1605 W 5th Avenue. Those interested in having a taste can do so Wednesday through Sunday.