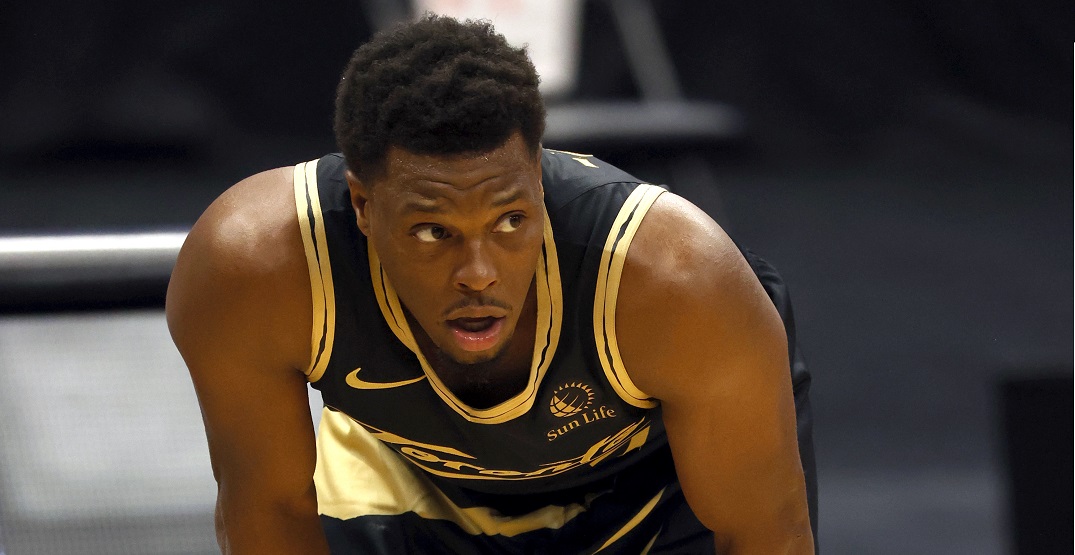 Former Toronto Raptors guard Kyle Lowry (it feels weird to read that, right?) spoke to Portland Trailblazers guard CJ McCollum about his decision to leave the city on a recent podcast.

McCollum, who hosts the Pull Up Pod, talked to Lowry about his departure from the Raptors to the Miami Heat after nine years in Toronto.

Lowry discussed the possibility of him being traded out of Toronto at some point last season, when it became increasingly clearer that the Raptors were likely to miss the playoffs.

“We had an open line of communication with what was going on,” Lowry said to McCollum. “And I was in trade rumours before so I kind of knew what it was. But at the [trade] deadline, I was real nervous, because I was like, ‘Yo, I don’t know what’s going on.'”

Lowry said the Raptors were looking at options to send him to either his home city of Philadelphia to play for the 76ers, or to his eventual destination of Miami to play with the Heat. Despite Lowry not having a no-trade clause, the Raptors front office offered Lowry different possibles for his next move.

But in the end, no trade packages came to fruition due to a mixture of a low asking price and Lowry’s own desire to stay.

“I had made a decision… I didn’t want to be traded,” Lowry said. “I don’t want to leave my guys. I still want to finish the year.”

Lowry said the eventual sign-and-trade to Miami came down to the team’s competitive chances.

“If you aren’t playing for championships, what are you playing for?” he added. “That’s the only thought process that went into my free agency.  Where do I go to become a champion? Where do I go I feel like to have the opportunity to… get back to the high?”

Lowry named Fred VanVleet, OG Anunoby, Pascal Siakam, Chris Boucher, and Norman Powell — before his trade to Portland — as players he enjoyed being around.

“It makes my heart feel great to see those guys be successful,” Lowry said. “Toronto’s blessed me and that will always be home.”

Lowry also touched on his unique friendship with Kawhi Leonard during the Raptors’ championship run in 2019.

“Kawhi rubbed people the wrong way because of how he operates, he’s like,’ yo, yo, give me the ball. I’m gonna get it done.'” Lowry said. “You might be like ‘Kawhi, I’m open’. But he was like ‘I’m gonna get this bucket.’ You understand that he’s the best basketball player on your team. And you got to make sure your big dog gotta eat, you know what I’m saying? Big dog gotta eat at the end of the day. ”

Lowry said the Raptors weren’t bothered by what some could perceive as a selfish mentality from the eventual 2019 Finals MVP.

“We’ll give you the ball, you do your thing,” Lowry added about Leonard. “We win games? We all good. So the personality I didn’t take it [personally]… my role just changed from the year before. My scoring went down, but my assists went way up. Whatever happens to me, I don’t care. As long as we win.”