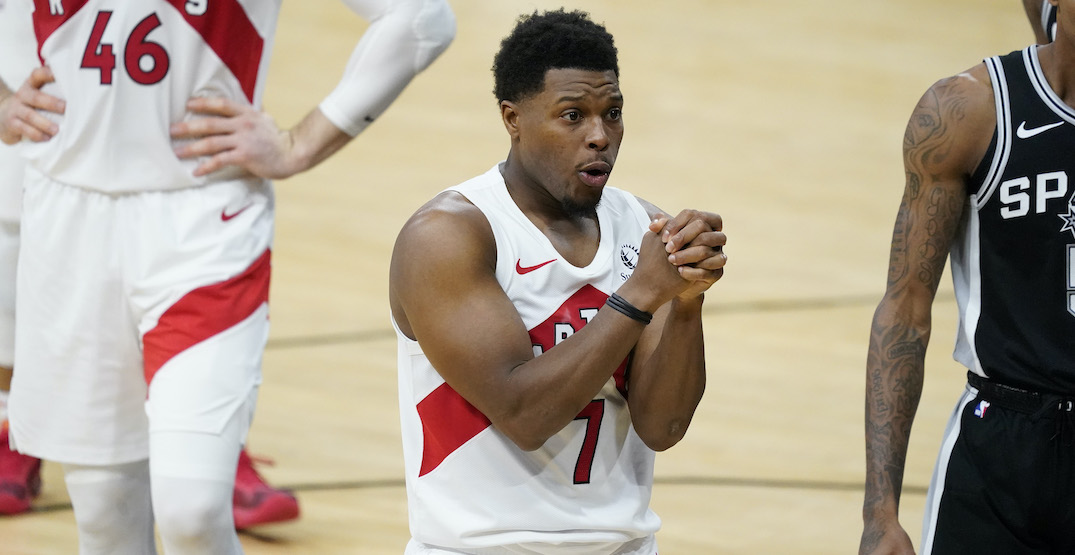 Another week, another trade rumour involving the Toronto Raptors and Kyle Lowry.

This time it comes in the form of a comment made by The Ringer’s Ryen Russillo. Russillo recently joined ‘The Bill Simmons Podcast,’ where he said that Lowry is telling people that he’s leaving Toronto this season.

Trade rumours have been swirling around Lowry for the last couple of weeks. Recently, Keith Pompey of the Philadelphia Inquirer said that the Miami Heat, Philadelphia 76ers, and Los Angeles Clippers were all interested in acquiring the 34-year-old. Pompey also added that Lowry’s preference, if he was traded, is to be in his hometown of Philadelphia.

Those reports were later denied by Lowry’s agent Mark Bartelstein, who said bluntly “that’s just not true” about Lowry pushing towards playing for the 76ers this season. He also added that Lowry’s focus is “on helping [the Raptors] climb the standings in the East and winning games.”

The Villanova product is averaging 18.0 points, 7.0 assists, and 5.5 rebounds while shooting 40.3% from behind the three-point line this season.

The Raptors are currently the eighth seed in the Eastern Conference with a 17-19 record, and the NBA trade deadline is less than three weeks away, on March 25.

Toronto’s next game is against the Atlanta Hawks on Thursday, their first game after the All-Star break. The team went into the break shorthanded due to COVID-19 protocols. Fred VanVleet, OG Anunoby, Pascal Siakam, and head coach Nick Nurse were just some of the players and coaching staff that missed games entering the break.