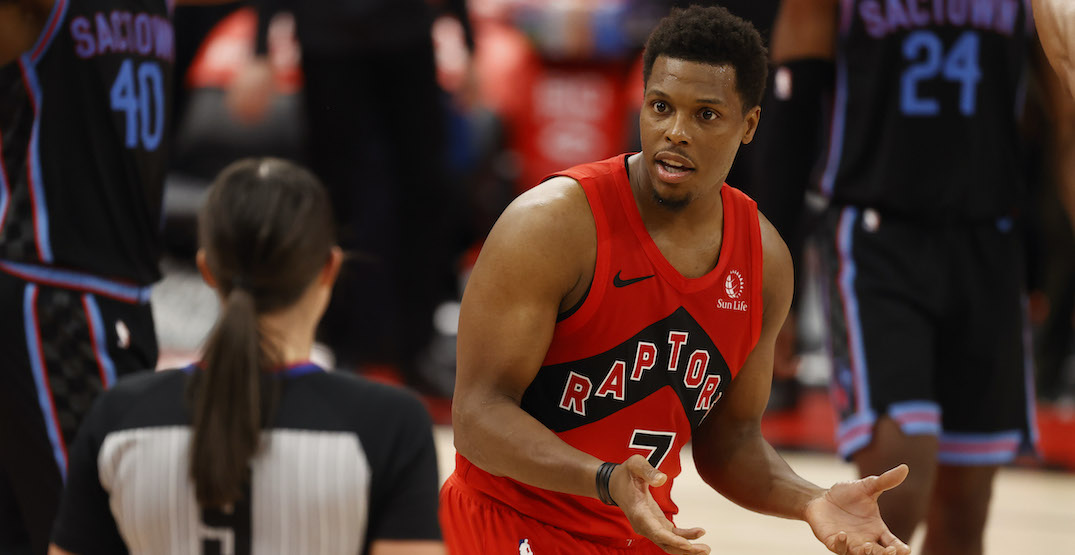 Kyle Lowry has earned a lot of fans in nine seasons with the Toronto Raptors.

His toughness, leadership, and scoring ability have created a legacy in this city that will never be broken.

However, there comes a time for everything to end, and unfortunately the Raptors have reached that time with Lowry.

Nobody wants to see Lowry leave. Fans want to see him stay in the north until he retires, which will be followed by an epic jersey retirement ceremony. That is all good, but this is a business, and he has value.

Taking a look at this year’s Raptors squad, it is safe to say they are not close to as good as years past. They have a 12-13 record, good for fifth in the Eastern Conference, and maybe they’ll make the playoffs.

But they are not a championship contender anymore, meaning they’re in the worst place you can be as a franchise: stuck in the middle.

With Lowry set to become a free agent at season’s end, it means that we have to ask some tough questions about this team moving forward. Do you want to re-sign a 35-year-old Kyle Lowry to a contract extension? Will a potential addition of Andre Drummond make enough of a difference for the team this season? Do you believe that the Raptors can beat the 76ers, Celtics, or Nets?

If the answer is no, then we have to start making moves and that begins with Lowry.

Lowry is on an expiring contract, which contending teams love to have, and he is still productive. This season, he is averaging 17.1 points, 6.6 assists and 5.6 rebounds per game on 38.2% shooting from three-point land. Lowry is also a proven winner, and his championship experience makes him even more appealing in a trade.

The East-leading Philadelphia 76ers have championship aspirations, and could use a reliable ball-handler who can shoot and make plays all in one, like Lowry — who just happens to be from North Philly.

The key to the deal for the Raptors would be Tyrese Maxey, a 2020 first-round pick, who has shown flashes of brilliance already this season, including a 39-point game last month. The 20-year-old guard would be a great piece that could work in tandem with Fred VanVleet in the backcourt for years to come.

Danny Green and Mike Scott would be moved as salary dumps, as they’re both on expiring contracts.

Tony Bradley is a 23-year-old centre who could be a good player to take a flyer on for the Raptors to potentially become a new big-man option.

The 2021 first-round pick is also an excellent asset to have moving forward as they could use it or package it with some players to make a big splash when the time is right.