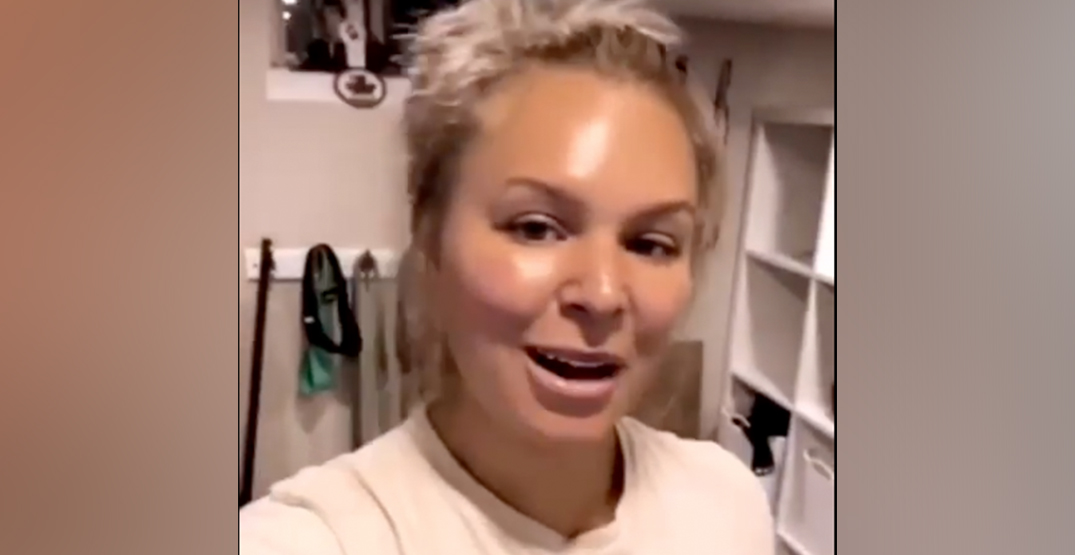 Krista Haynes (neé Ford) is in the news again, and this time — surprise, surprise — it’s for yet another anti-vaxx tirade.

Haynes, daughter of Ontario Premier Doug Ford, took to Instagram to voice her growing frustration with the province’s vaccination policies, and called on the public to simply “ditch the QR code” needed to verify vaccination status at certain establishments and in select settings.

She repeats her call to sovereignty.

Think she had this “Law enforcement can’t stop us if we all break the rules” attitude while hubby H-Train was still a cop?#cdnpoli #antivaxxers #Qrista pic.twitter.com/gudgOodvlW

This comes a day after Premier Ford announced new restrictions for Ontario that go into effect Wednesday. The updated rules restrict indoor dining, stricter capacity limits, and facility closures, among other things.

In her Instagram story posted on Tuesday morning, Haynes writes that “those who complied are getting frustrated and seeing the light.”

“Many have been asking ‘how’ they can stop this cycle,” she continued. “One super simple step that everyone can take is ditch the QR code. Simply do not provide it. Don’t download the app. Don’t show proof you’re V’d up [vaccinated]. What you do with your body is your business. It’s our job now to keep it that way.”

Further, Haynes urged Ontario’s business owners to simply not comply with the government’s rules: “If businesses are complying with government mandates, simply give your businesses to those that are holding down our freedoms.”

“Soon enough, businesses will start to realize they’re losing customer base. If the government wants to enforce their tyranny, they can send by-law to each and every single business in Ontario. They can enforce their rules from open to close to over a million businesses.”

“We’re human. We’re sovereign. You do not need a pass to get into any place, anywhere,” Haynes declared. “Our pass comes from our Charter of Rights.”

“We The People outnumber the tyrants. The Government serves us. We do NOT serve them. Remember that. It’s time to grow a pair, Ontario. Live Sovereign,” she concluded.

Some Ontarians empathized with the premier on the ideological clash between him and his daughter.

I really feel for the Premier on this. Many relationships have been burned by antivax nonsense but it’s his daughter and he’s the premier and she’s deliberately embarrassing him. What a jerk. https://t.co/hYo2SIssNW

Some questioned his parenting skills.

It’s time to grow a pair Dad!! @fordnation I would be publicly disowning any child of mine behaving like this while I hold public office 🤷🏼‍♀️ but here we are lol https://t.co/K0RQZsXGbF

Others were concerned about the big picture.

Serious question. When does this become dangerous enough for press shops to call it out and demand comment from @fordnation? https://t.co/9jU2E8N06P

In October last year, Haynes told Ontarians to “rise up” in an ominous anti-vaxx message. Just weeks later in November, Haynes husband, Toronto Police Services Sergeant Dave Haynes, was put on “indefinite unpaid leave” by TPS due to his vaccination status, prompting another Instagram post where she called the decision a “silly mistake” and warned that everyone behind it would be “held accountable.”