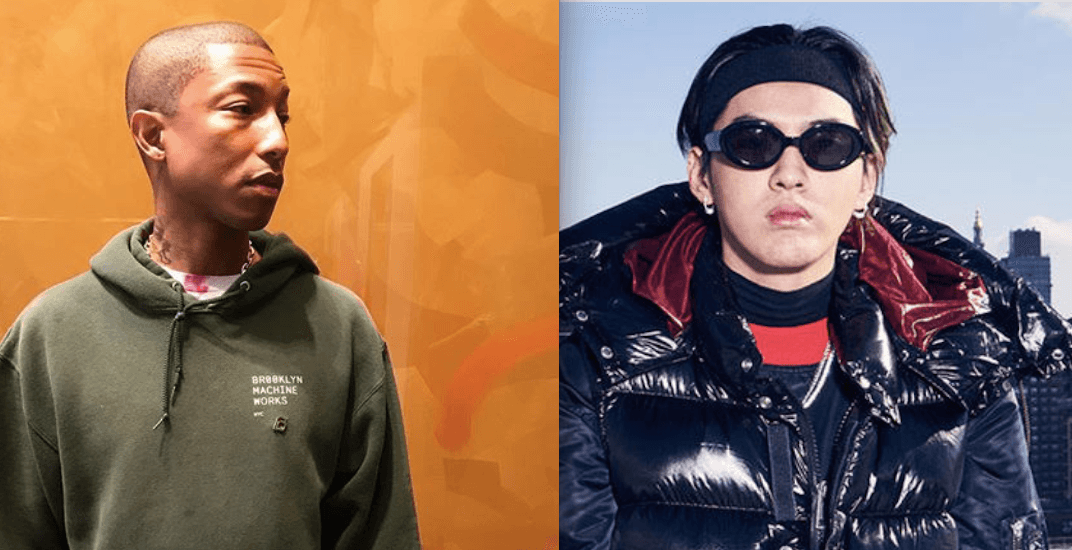 Vancouver’s multi-talented Kris Wu has confirmed that he will be collaborating with hip-hop legend Pharrell Williams.

In a radio interview with Ebro Darden on Beats 1, Wu said he will feature on one of Pharrell’s upcoming tacks.

“I got a chance to work with [Pharrell] like two months ago because he was doing something in China. And then I became part of the Beats family and they knew Pharrell was going to China and then he was doing a song for this event in China and he wanted a feature on the track,” Wu told Darden.

“So they reached out and said, ‘Can you do a feature in Chinese?’ And I went to the studio and met Pharrell and I wrote the little verse for his feature on that and then that’s kind of where our relationship started. And then right now he’s probably going to produce something for me.”

Catch my interview with @oldmanebro on @beats1 at 7am EST! #Beats1Ebro @AppleMusic #Beats1 🔥Tune in at: https://t.co/l1HEn7Khqk

Wu went on to say that the single is almost done and should be out soon. “When he gave me a beat there was a verse and there was a hook. The hook is amazing the hook is just fire. It’s going to be a banger for sure.”

Wu, 27, was born in China and raised in Vancouver, where he attended Winston Churchill high school. He’s making a mark for himself in the hip-hop world as he’s already collaborated with rapper Travis Scott on the single “Deserve.”

Wu is definitely a triple-threat. The Vancouver native is a singer, model, and actor. He was a former member of South Korean-Chinese boy band EXO. He also starred in the summer Blockbuster Valarien and the City of a Thousand Planets alongside Rihanna and Cara Delevingne.