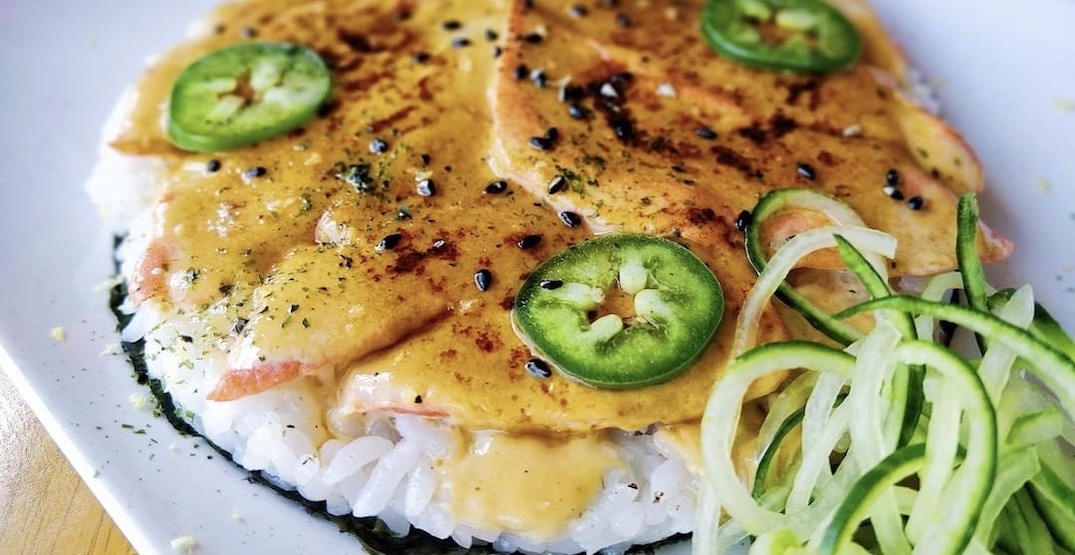 It’s not going to have a storefront, but it is going to have several different varieties of a fusion dish you may or may not have tried before; Kozu Sushi Pizza is launching in Vancouver next month.

This new concept will operate as a cloud or ghost kitchen, and it will be whipping up its eats inside Coho Commissary’s newest space on E Georgia Street.

Slated to soft launch on November 7, Kozu Sushi Pizza is brought to us by a group of cousins who wanted to bring this fusion food into the spotlight in Vancouver.

Kozu will offer eight kinds of sushi pizzas, including spicy salmon and spicy tuna, and varieties like the “Kellyfornia Crunch” and the “Takoyumi,” made with Takoyumi cabbage, takoyaki, Japanese mayo, Aonori, dried seaweed strands, and bonito flakes.

With a goal to find a delicious balance when it comes to this fusion food, the Kozu team spent several months testing recipes in their family restaurant, Osaka Japanese Restaurant, before landing on the menu for the upcoming launch.

Kozu sources its ingredients from a local Japanese food supplier called Angels Seafoods and creates four-slice pizzas made from a fried sushi rice crust topped with everything from spicy sashimi to crab meat to torched smoked salmon.

On November 7 folks will be able to order Kozu’s offerings for pick-up only (more details to come). Soon after that date, the concept will launch on delivery apps.

We’ll keep you posted on more information as it’s released ahead of the soft launch — stay tuned.