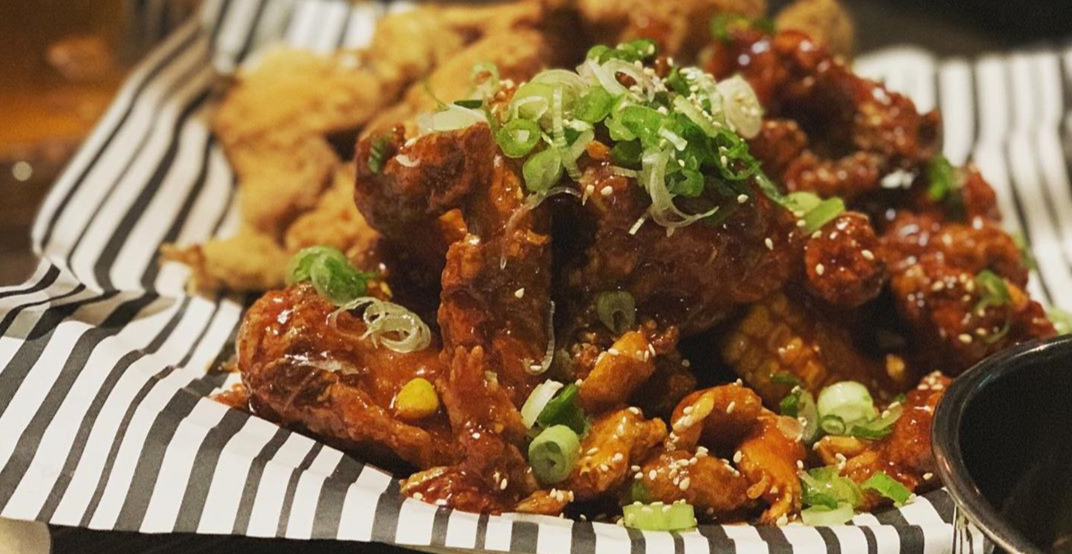 Kosoo Korean Restaurant has been operating in the West End for a while, but in case you didn’t know, the eatery recently opened a second location in the heart of downtown Vancouver.

The new second-floor restaurant is open at 1128 Robson Street in the former location of modern Middle Eastern spot Kabsa House.

Kosoo Robson quietly opened at the end of November, and it’s been serving up an impressive selection of Korean chicken, BBQ, and fusion dishes ever since.

In addition to the chicken, Kosoo Robson has a big menu full of dishes like rotisserie chicken, hot stone BBQ items, and Korean “soul food.”