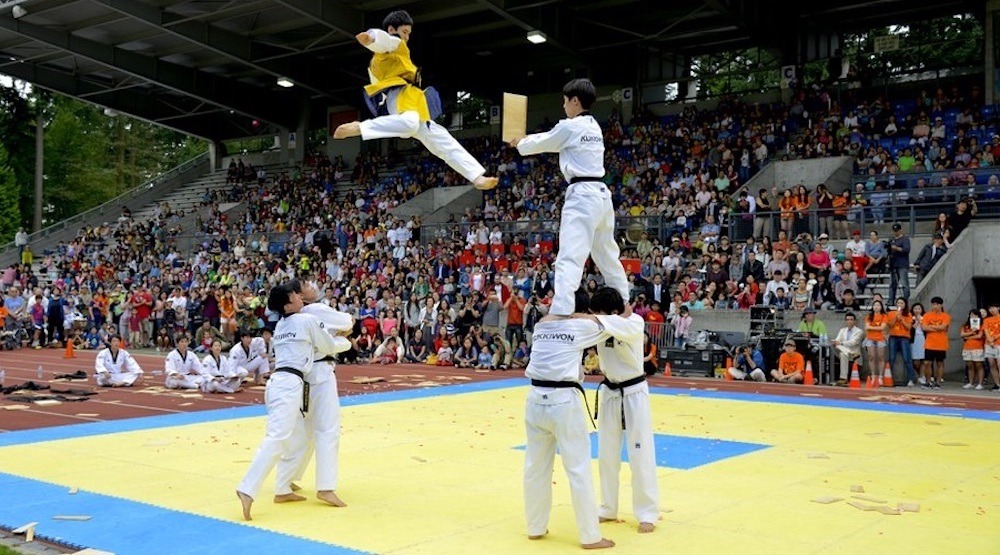 A celebration of Korean culture will be returning to the Swanguard Stadium in Burnaby on August 5.

The festival showcases the traditional heritage and modern culture of Koreans living in BC, with high-flying Tae Kwon Do performances, delicious food, traditional Korean festival games, and a bumping k-pop music competition.

For the 16th annual festival, Korea’s Kukkiwon Tae Kwon Do Black Belt demonstrations are returning to break boards and wow audience members with their strength, precision, and acrobatics. The last time they appeared at the festival was two years ago, though their performance is surely still in the minds of those who were there.

The festival is free for all to attend, and takes place on Saturday, August 5.