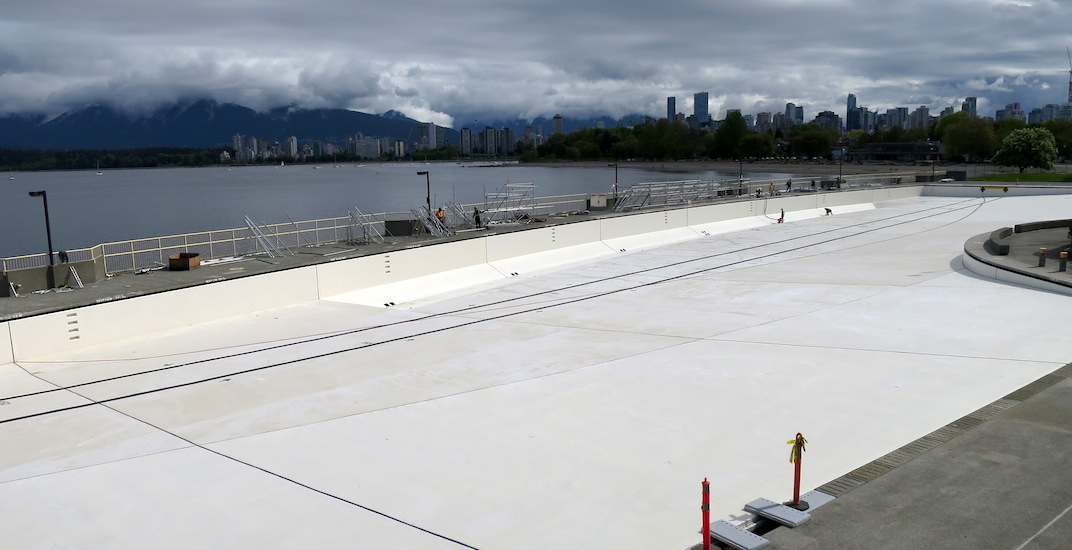 Vancouver’s ginormous outdoor salt water pool next to Kitsilano Beach will open on Saturday, May 19 – just in time for the Victoria Day long weekend.

The 87-year-old Kitsilano Pool was shut down earlier than usual last year, just after the Labour Day weekend to allow for an extensive $3.3-million renovation.

Over the past nine months of construction, the pool deck was completely hidden from the public’s view as a tent-like scaffolding with tarp was erected over the entire pool area to ensure the pool basin remained dry while crews performed the upgrades. 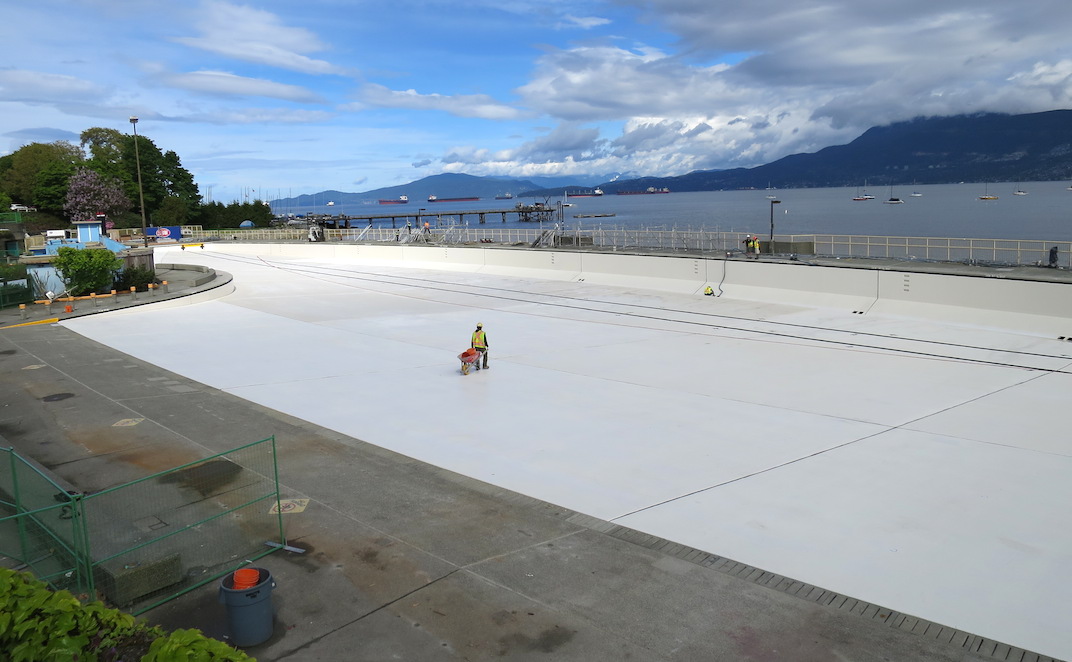 This was Kitsilano Pool’s most extensive upgrade in decades, and the new equipment will significantly reduce the need to use potable water to replenish the pool. This means the water will feel (and taste) saltier for an improved swimming experience.

Previously, about 1.63 million litres of potable water per month was used to fill the pool, which is enough water to fill an Olympic-sized pool to about 65% full. 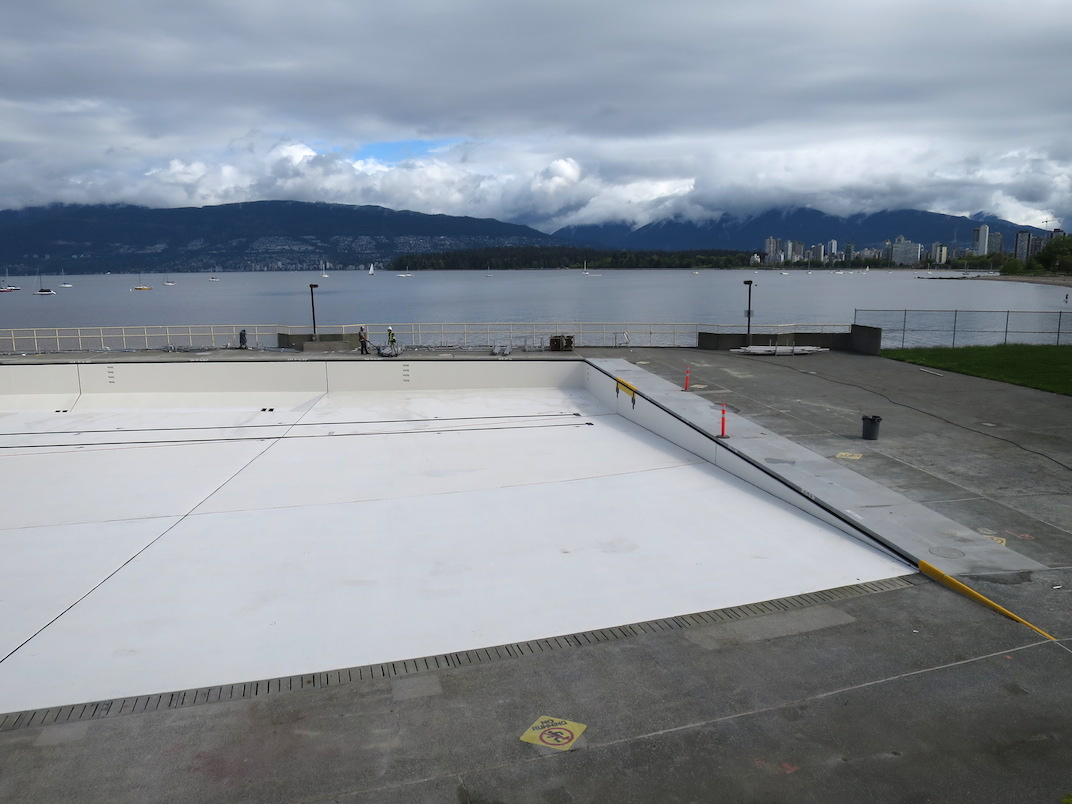 The original Kitsilano Pool was completed in 1931, and it was entirely rebuilt in 1979 with the current heated structure, which spans 137 metres in length – nearly three times longer than an Olympic-sized pool.

Funding for the latest renovation project was mostly provided by the municipal government, and a further $500,000 was allocated by the federal government. 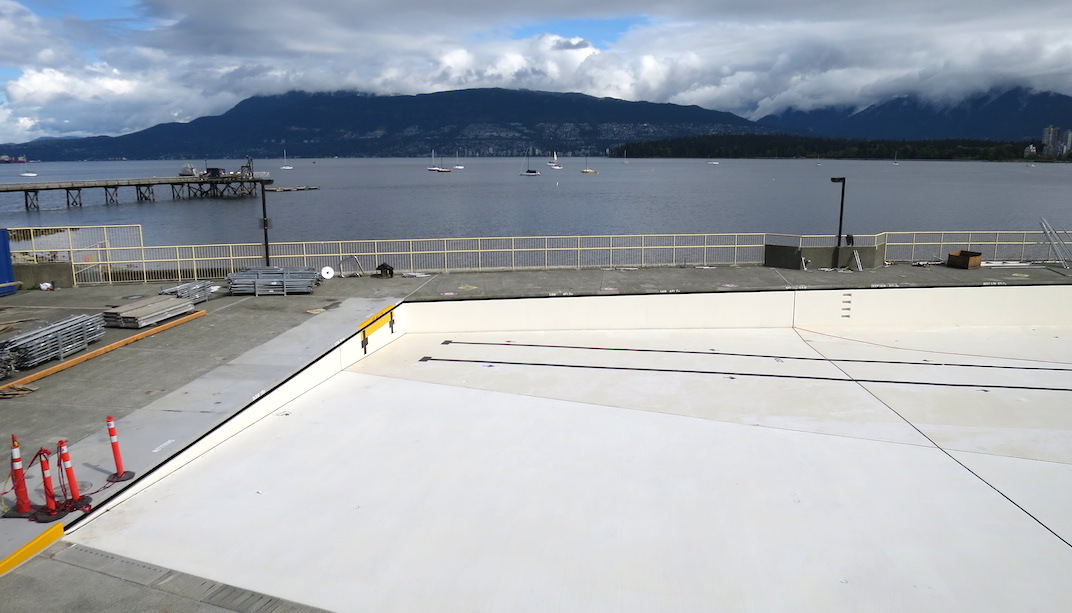 Over the foreseeable future, major changes and additions could be coming to Vancouver’s public swimming facilities.

The Vancouver Park Board is considering a $200+ million aquatics renewal strategy that could include a new destination pool at Connaught Park in Kitsilano, a replacement community pool at Britannia Community Centre, a replacement facility for Vancouver Aquatic Centre in downtown Vancouver, and a naturally-filtered destination outdoor pool along the Fraser River.

Early plans to demolish Lord Byng Pool in West Point Grey and Templeton Park Pool in Grandview-Woodlands have been suspended.