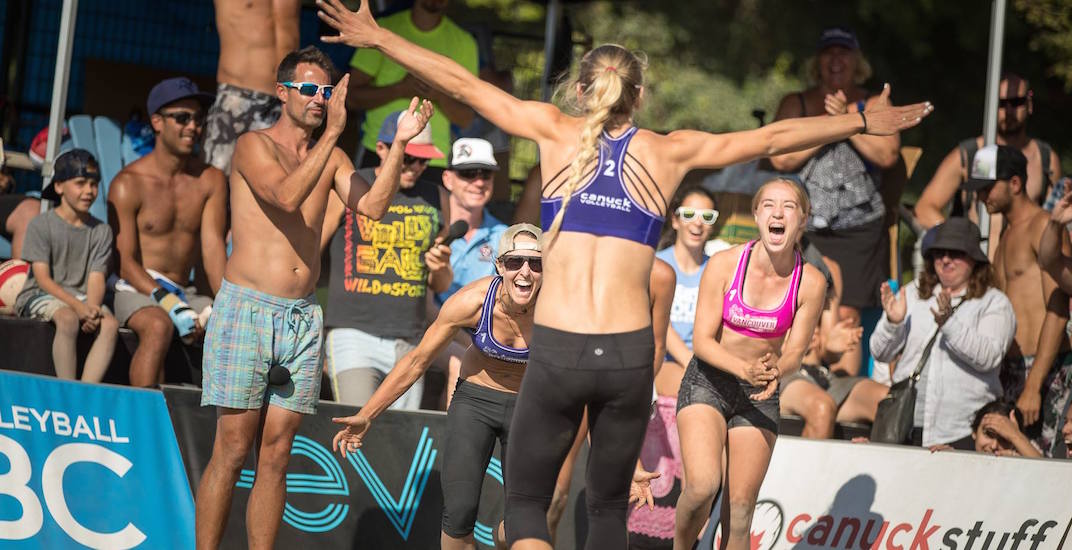 Some of the best beach volleyball players from Canada, the United States, and from around the world will descend on Kits Beach this weekend, as the Vancouver Open celebrates its 27th anniversary.

The three-day tournament, which offers the largest pro beach volleyball purse in Canada, attracts over 20,000 spectators each year. Free-to-attend, the event offers activities for all ages, including interactive crowd activities, a beer garden, a bistro with healthy eating options, a youth volleyball tournament, and prize giveaways.

“When we secured a title sponsor (Natura Solutions) in the spring, I had a feeling that this year we’d see a lot more interest from athletes and they have not disappointed, with a record number of teams set to compete in the Friday qualifier for the last remaining spots,” said Chris Densmore, CEO, Volleyball BC. “And with $30,000 in prize money, a larger grandstand, bike parking, on-site food options, a VIP seating area, the Stanley Park Brewing beer garden, a video screen and so much more, I think that’s contributed to the increased buzz in the volleyball community around this year’s event.”

Fans are encouraged to ride their bike to the event, which begins on Friday, as a secured area will be provided for them.

When: July 13 to 15
Where: Kitsilano Beach
Admission: Free