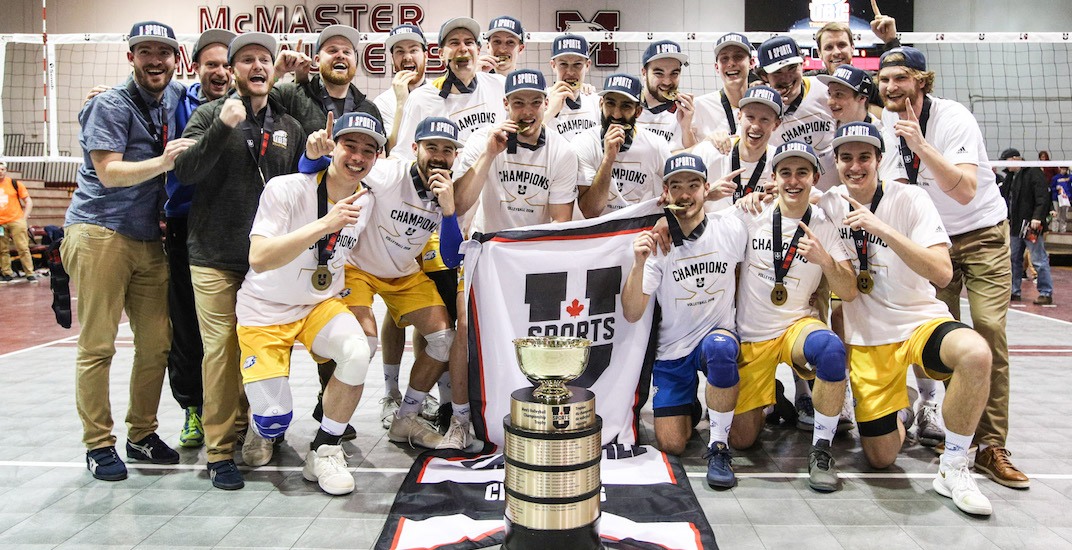 It’s been a long time coming.

Not only were none of UBC’s players born the last time the school won U Sports gold in men’s volleyball, neither were any of the coaches.

“It feels pretty amazing,” said team captain Irvan Brar. “We had a pretty solid game plan and we were confident coming into this game,” he said, adding that they were surprised to defeat Trinity Western in straight sets.

“I’m overwhelmed with pride, I’m just so happy for this group,” said head coach Kerry MacDonald. “These guys have worked so hard and really committed to everything we’ve been trying to do with this program since I came on.”