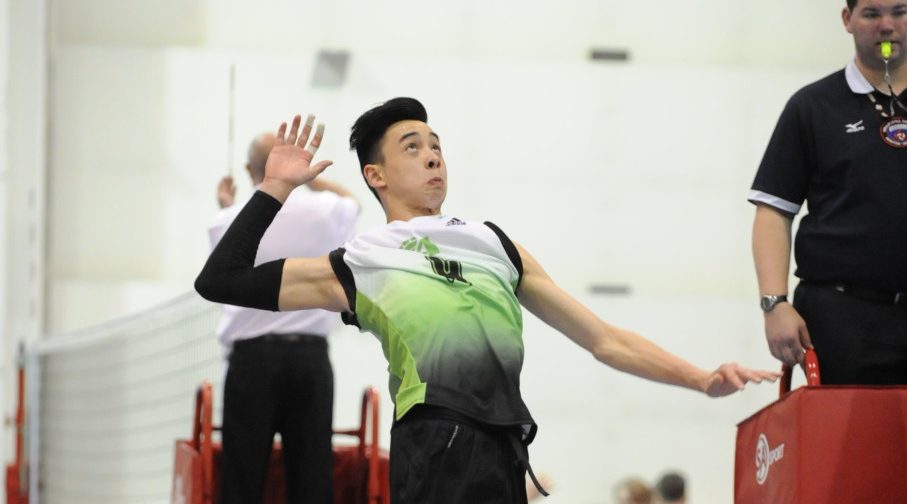 Meet Coltyn Liu. He’s 16-years-old and killing it on the volleyball court.

He was selected as Volleyball BC’s Male Player of the Year and he’s only in Grade 11. He made and started on Team BC 18U as a 16-year-old. He is one of four players from B.C. to be selected to the National Selects team and was a first team all-star at the BC Provincial Championships in December.

But this is not a story about volleyball.

Coltyn has not had an easy life. Neither has his family.

At age two, Coltyn suffered a brain injury when he was struck in the head with a steel crate. He wasn’t expected to walk or talk. He was diagnosed with a learning disability and suffered through bullying in school.

“When I was younger, I had a really big brain injury and people assumed that I wouldn’t be able to do stuff when I was older, even graduate” Coltyn told Vancity Buzz.

“I had to go to a bunch of therapists, and doctors, and appointments and stuff, and it was just really hard. I was a really different kid, for example I couldn’t be in a classroom with a bunch of people because I would get overloaded, which kind of led to bullying.”

Bullying is hard for any child, never mind a child that went through what Coltyn did.

Coltyn, with the help of his mother and sister, found the strength to persevere through volleyball. 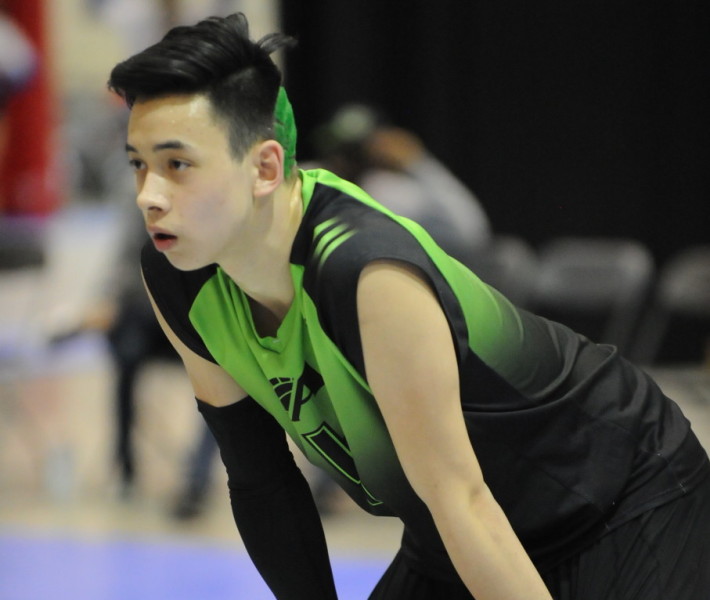 He attended his first volleyball camp in Grade 6, and began playing with the Apex Volleyball Club in East Vancouver the next year. That’s when he was hooked.

“I guess I found my sense of belonging through volleyball” said Coltyn. Volleyball was huge for Coltyn’s health too: “It ended up getting actually being medically recommended that I stick with playing volleyball because it helps with healing”.

Now 6’4″ and a star player for his club team, universities will be lining up for him when he graduates high school next year.

Coltyn was a skinny, 4’11” 12-year-old kid with a lot of issues stemming from his brain injury when Apex Volleyball Club head coach Ken Li got his first look at him.

On Saturday Coltyn received an award for showing excellence on the court as well as off the court, and in the community.

“He’s one of the best players that I’ve ever coached” said Ken. “He’s such a team guy, he keeps everybody involved from player 1 to player 15 down the roster.”

“He just loves the game. He loves to play in matches, he loves to train, he loves to watch, he wants to talk about it, it goes on and on.”

“He makes me look good as a coach.”

Coltyn is receiving his award for not only his work on the court and the incredible strength he showed to overcome his injury, but for his work in the community as well.

K.A.R.E. Power is an organization that was started by Coltyn’s family.

“KARE Power was actually started as a result of what happened to my son and what my family went through” Kathleen explained. “The first project was helping people that lived on the street. When Coltyn was first hurt, I became a single parent and we ended up standing in line at food banks and having to collect pop bottles.”

Coltyn’s sister Parys tells a powerful story of her mother’s struggles on the K.A.R.E website:

My mom wiped her tears, gave up her career and business to not only care for my brother, but advocate for disability and human rights. Our story and my mom’s success and our awards as advocates were covered in the news and magazines, but didn’t result in paid employment nor relief for our family, only for others.

“We understood what could happen to people when you go through a trauma” Kathleen reasoned. “I wanted to take what happened to our family and show people that it didn’t have to be your downfall and you can use it as an empowerment. Each of these projects were meant to empower youth.”

Coltyn’s club team is comprised of mostly kids from low income families in East Vancouver. They are currently fundraising for Nationals in Saskatoon and to represent B.C. and Canada at a tournament in Anaheim, California.

With what Coltyn’s overcome, don’t be surprised if they win them both.

For more information on K.A.R.E. Power, visit their website.