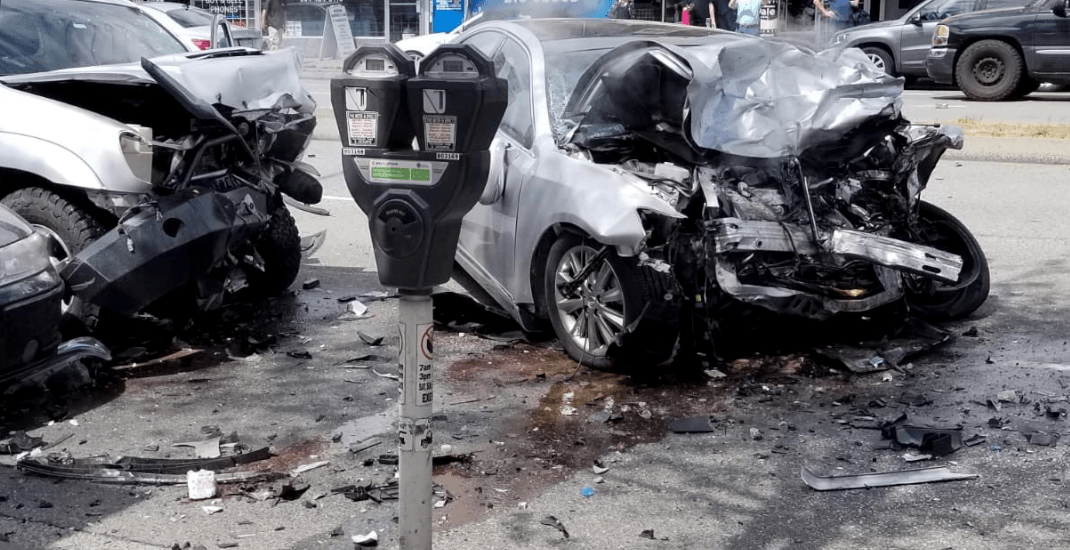 Burnaby RCMP is investigating after a fatal multi-vehicle crash near Metrotown left one person dead this afternoon.

According to police, officers responded to the incident at 2:28 pm at the intersection of Kingsway and Nelson Avenue.

“It appears that up to eight vehicles were involved in the in the collision,” police said in a statement.

Two people were taken to hospital and one person was pronounced deceased at the scene.

Kingsway will be closed between Nelson Avenue and Marlborough Avenue for a significant amount of time, RCMP said.

Anyone who witnessed the collision or has in-car video that recorded the scene is asked to contact Burnaby RCMP Traffic Services at 604-646-9999.