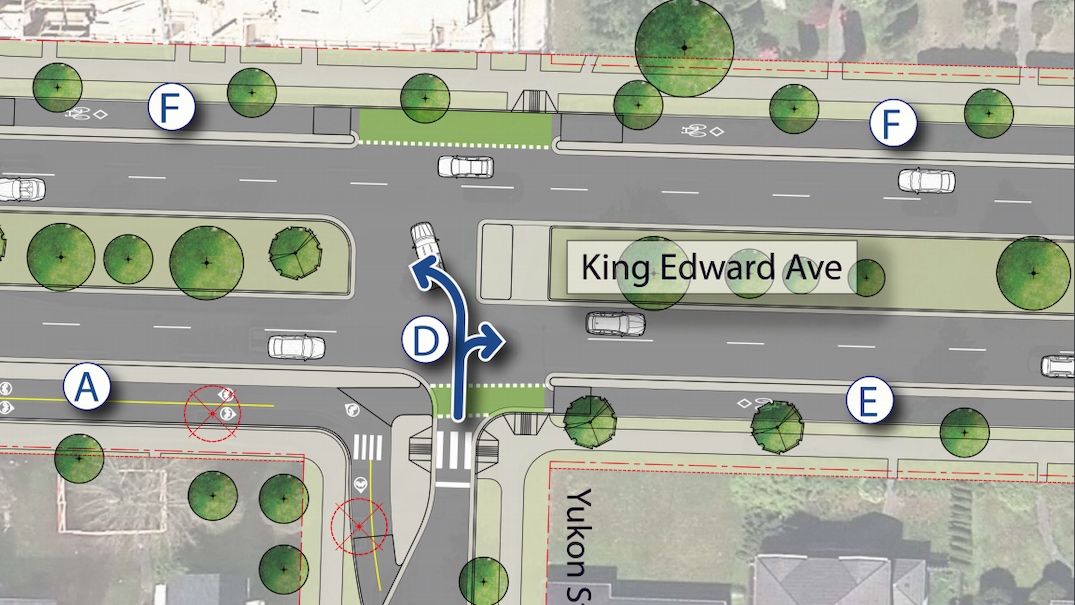 Future concept for King Edward Avenue in the area of Yukon Street. (City of Vancouver)

The municipal government has commenced construction on a redesign of a span of King Edward Avenue that crosses through the Cambie Corridor.

Protected bike lanes and widened sidewalks are coming to the span of the arterial route between the laneway east of Cambie Street and Columbia Street, as well as new turn restrictions and vehicle traffic changes for Yukon Street.

This first phase will reach completion later this winter.

Eventually, with a number of phases over several years, the four-block long stretch of King Edward Avenue from Heather Street to Columbia Street will be rebuilt to the same design standard, while also maintaining two vehicle travel lanes in peak periods and have off-peak parking on both sides of the street. Other upgrades include more accessible street crossings. 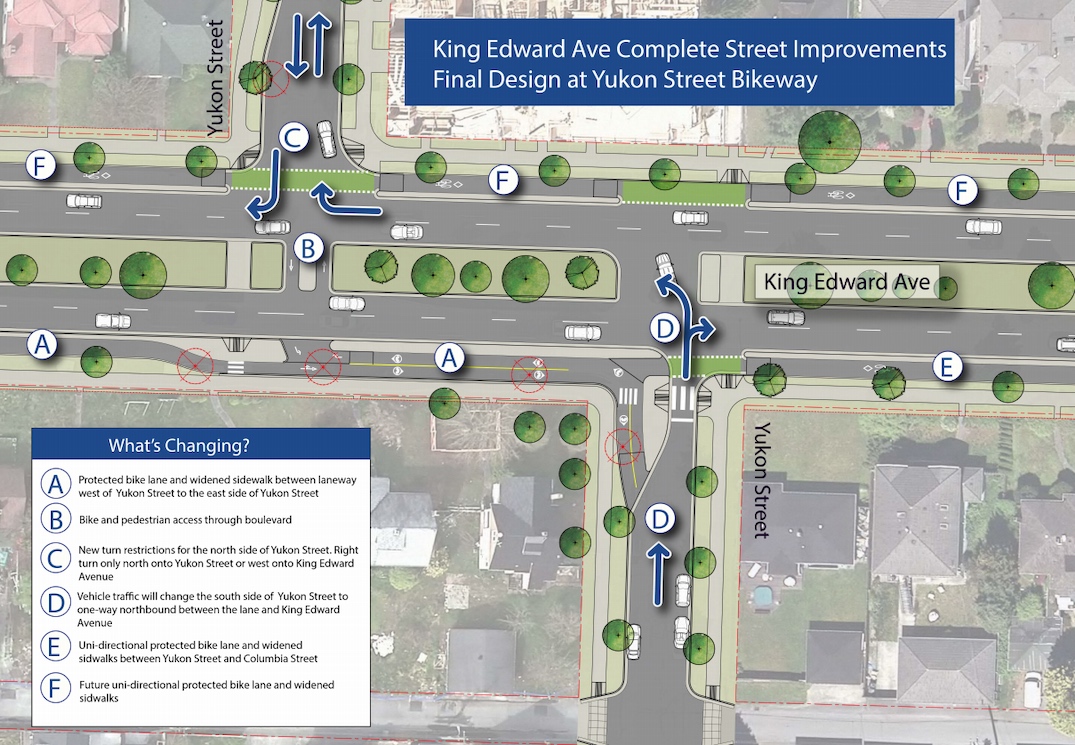 Future concept for King Edward Avenue in the area of Yukon Street. (City of Vancouver)

The rebuild is being constructed in conjunction with the new redevelopments along this stretch of King Edward Avenue, with single-family homes being replaced with low-rise and mid-rise residential buildings.

These street changes are part of the city’s approved Cambie Corridor Plan, which calls for significant changes to the area’s streets over the coming years, including enhancements to the length of the Heritage Boulevard along Cambie Street from King Edward Avenue to Marine Drive. 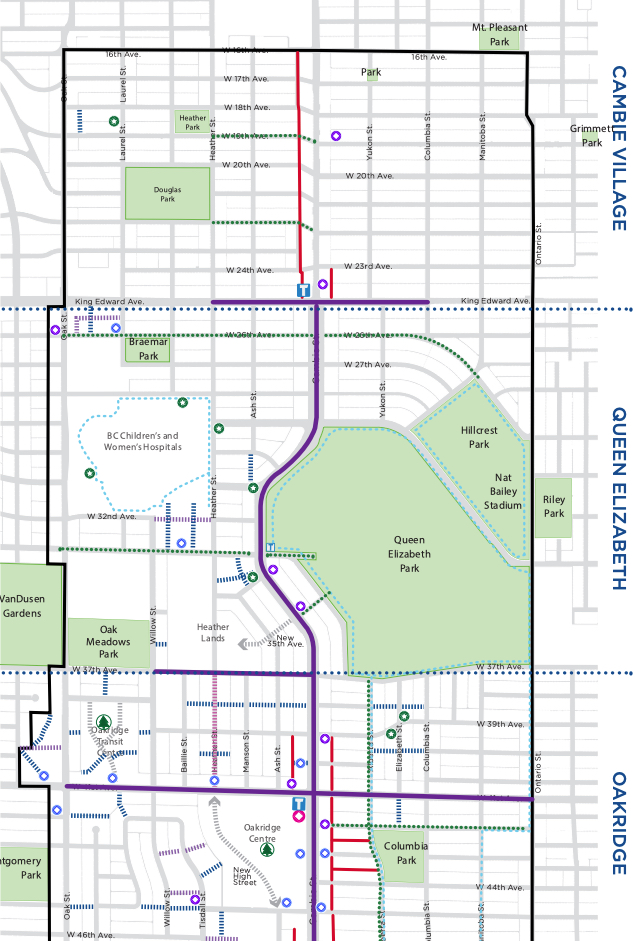 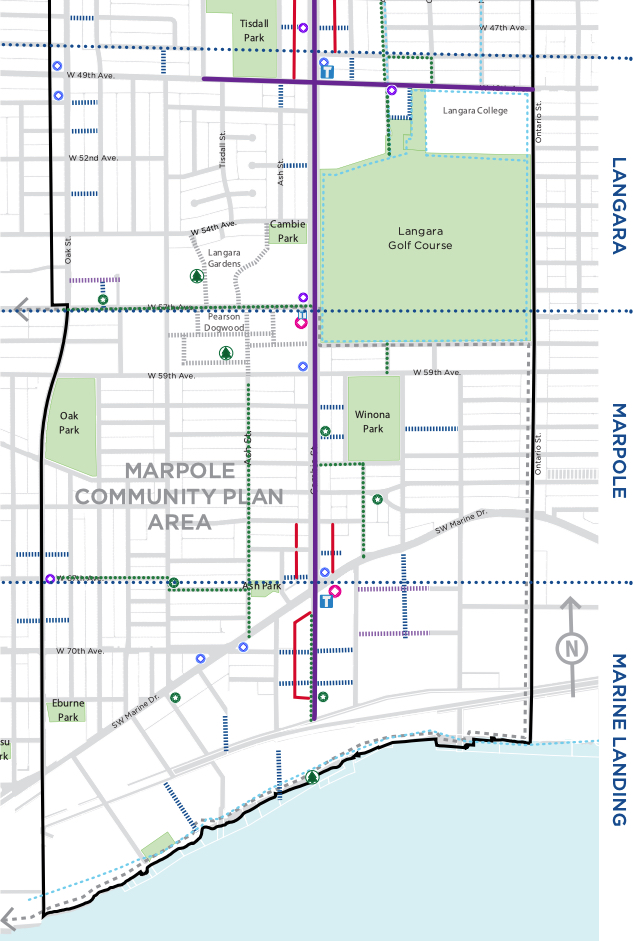