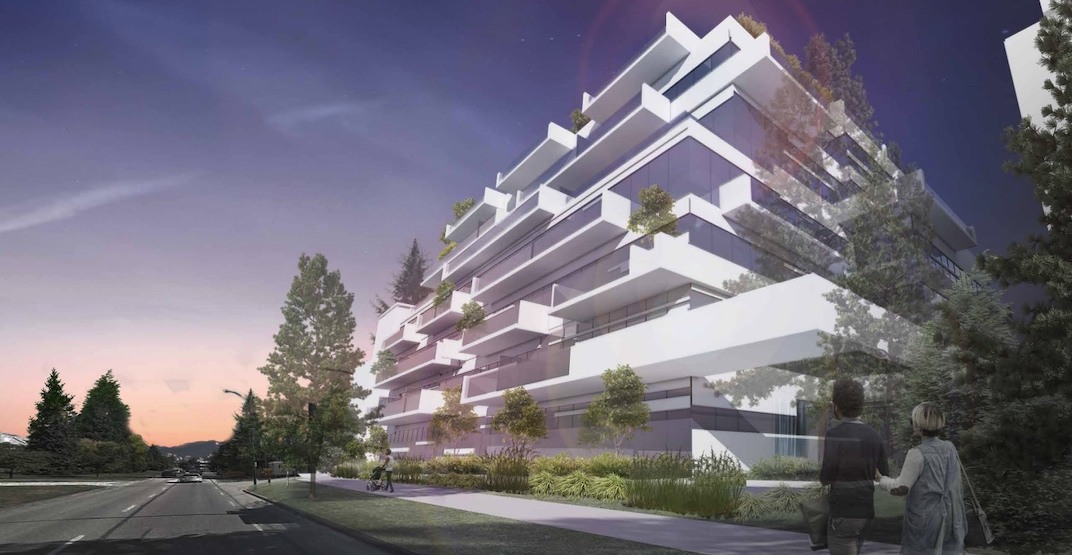 More mid-rise residential development is proposed for the growing density cluster sprouting around SkyTrain’s King Edward Station, and this particular design will stand out from the rest. 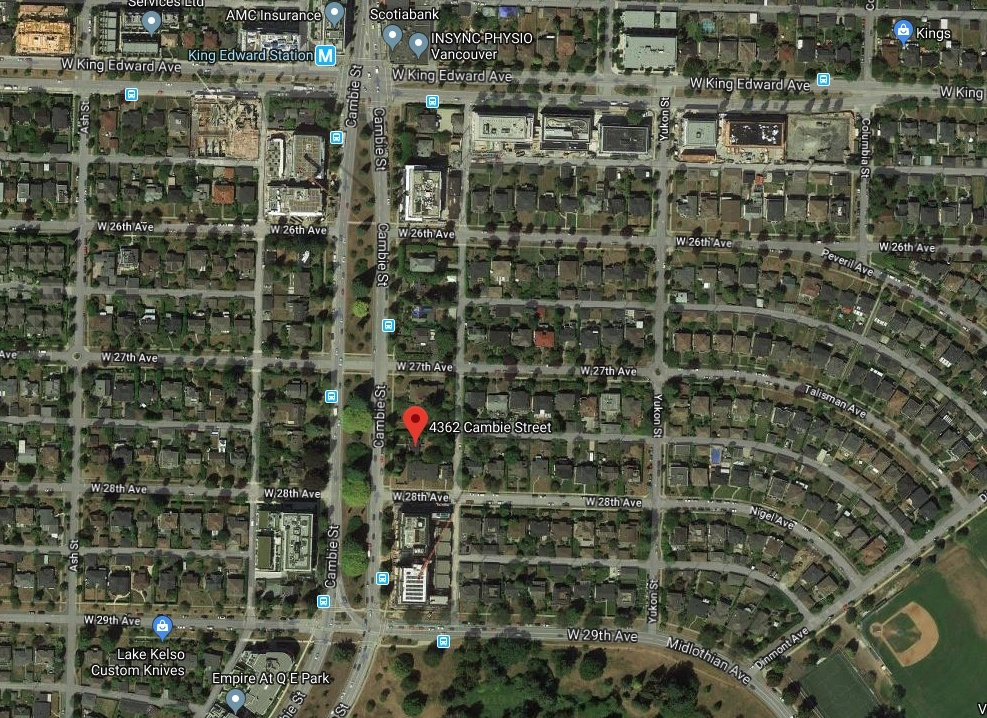 According to the design rationale, the building’s footprint is significantly setback to allow for a rear courtyard, and its massing has been shifted to accommodate the site’s large trees.

Floor plates with an exterior appearance of multiple decks provide a visual massing break with a “humanizing scale.” 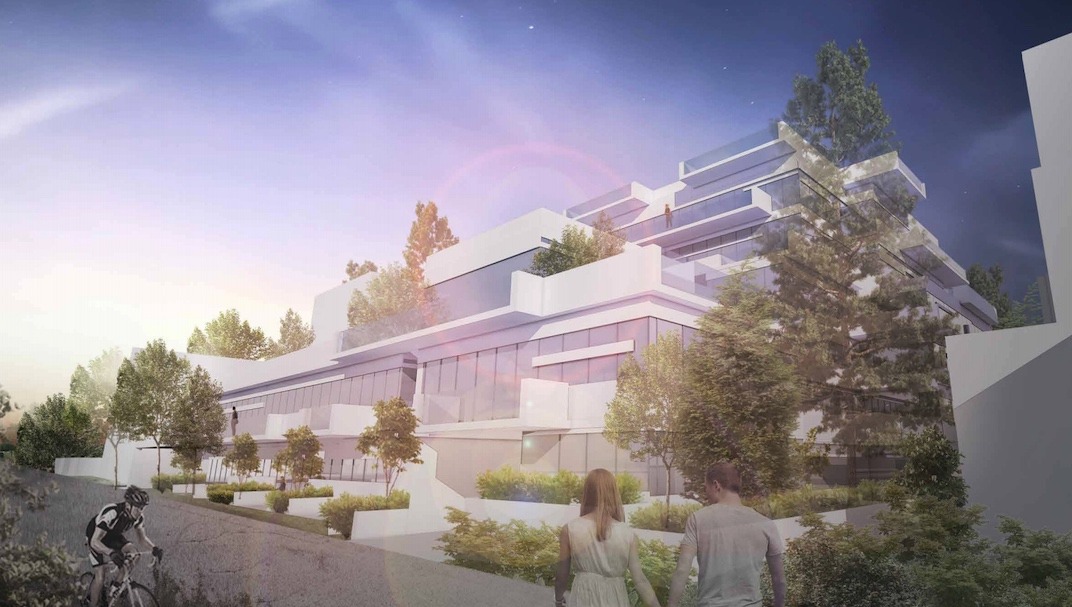 The overall visual effect of the layers is also inspired by stratigraphic rock — rocks with defined layers, such as volcanic rock, which is a geological feature of the area in and around Queen Elizabeth Park.

The proposed form of development aligns with the city’s Cambie Corridor Plan. 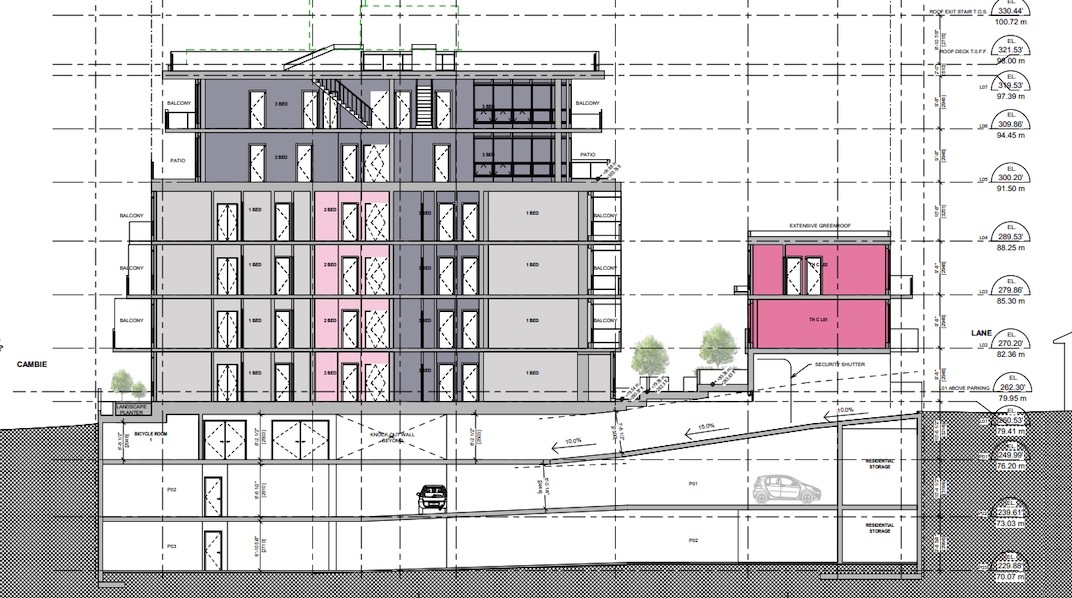