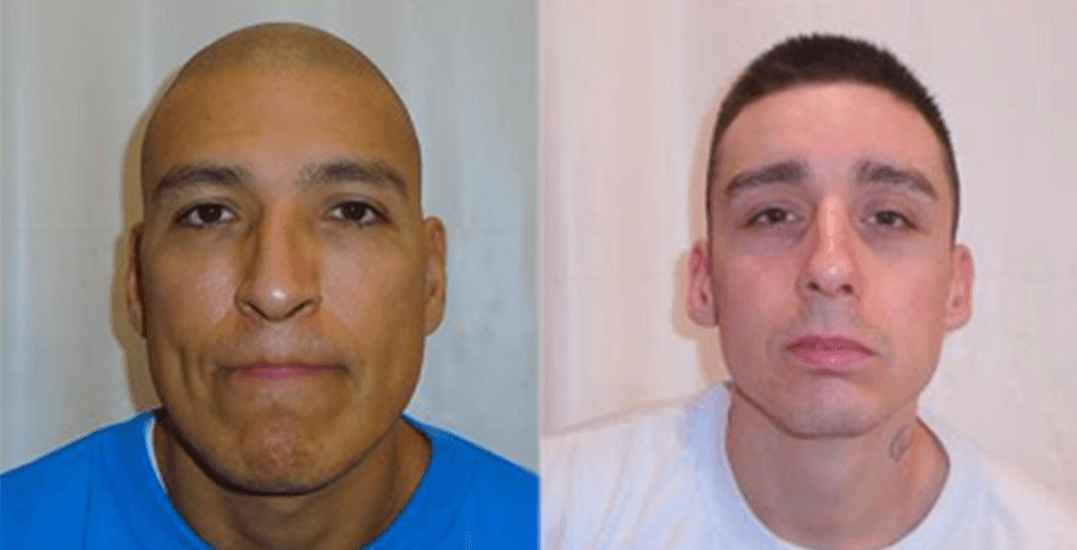 Two inmates have been recaptured after escaping from a minimum security prison on Vancouver Island.

Inmates James Busch and Zachary Armitage have escaped from William Head Institution. We are working with police to locate the inmates as quickly as possible. pic.twitter.com/OeqLHn5z1s

The two remained unlawfully at large until Tuesday evening. An off-duty RCMP officer spotted the inmates in Esquimalt and alerted other on-duty offices.

The Victoria Police Department (VPD) made the arrest and have since turned over the prisoners to the West Shore RCMP.

Busch is serving an interminate sentence for second-degree murder and assault. He’s also been previously sentenced for aggravated sexual assault, escaping lawful custody, and other offences.

Armitage is serving a sentence of over 13 years for robbery, aggravated assault, and other offences.

The West Shore RCMP credit the VPD and the RCMP officer who quickly acted after spotting the escapees.