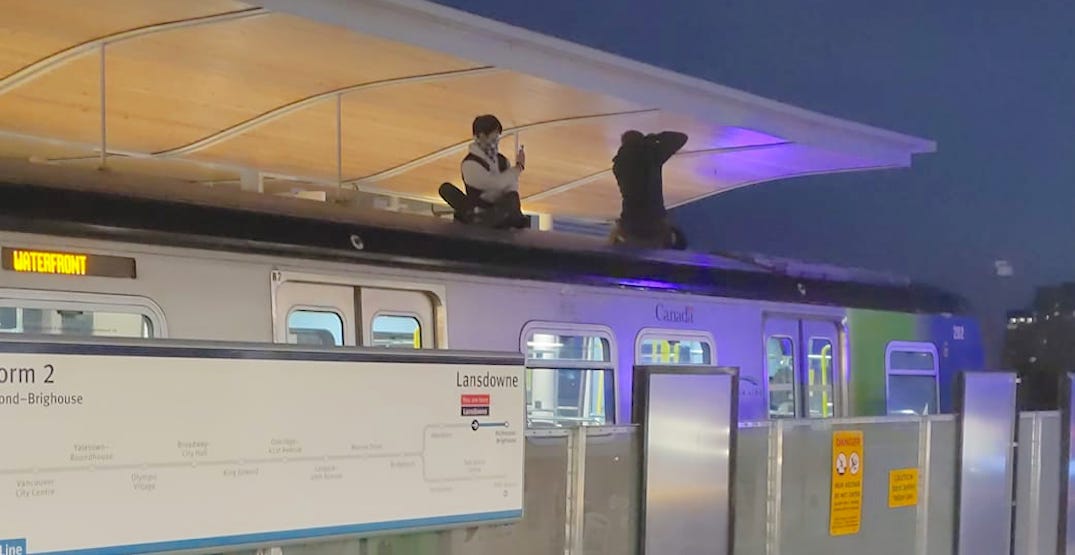 Two individuals spotted riding on top of a train on SkyTrain Canada Line at Lansdowne Station on November 16, 2021. (Dee Farrugia)

It is unclear why anyone would want to risk their life climbing onto the roof of a moving SkyTrain car, but that is what two individuals were spotted doing late Tuesday afternoon.

A photo making its rounds on social media appears to show individuals taking photos while a train is stopped on the northbound platform of the Canada Line’s Lansdowne Station in Richmond.

According to Dee Farrugia, who spotted the stunt from the southbound platform and posted a photo on the “Richmond Learns to Park and Drive” Facebook community page, the individuals were kids.

“Not strapped down to it or anything, just on top taking photos like a bunch of dinguses,” she wrote.

She adds that she has no idea how long they rode on the train but that they were headed for Waterfront Station. 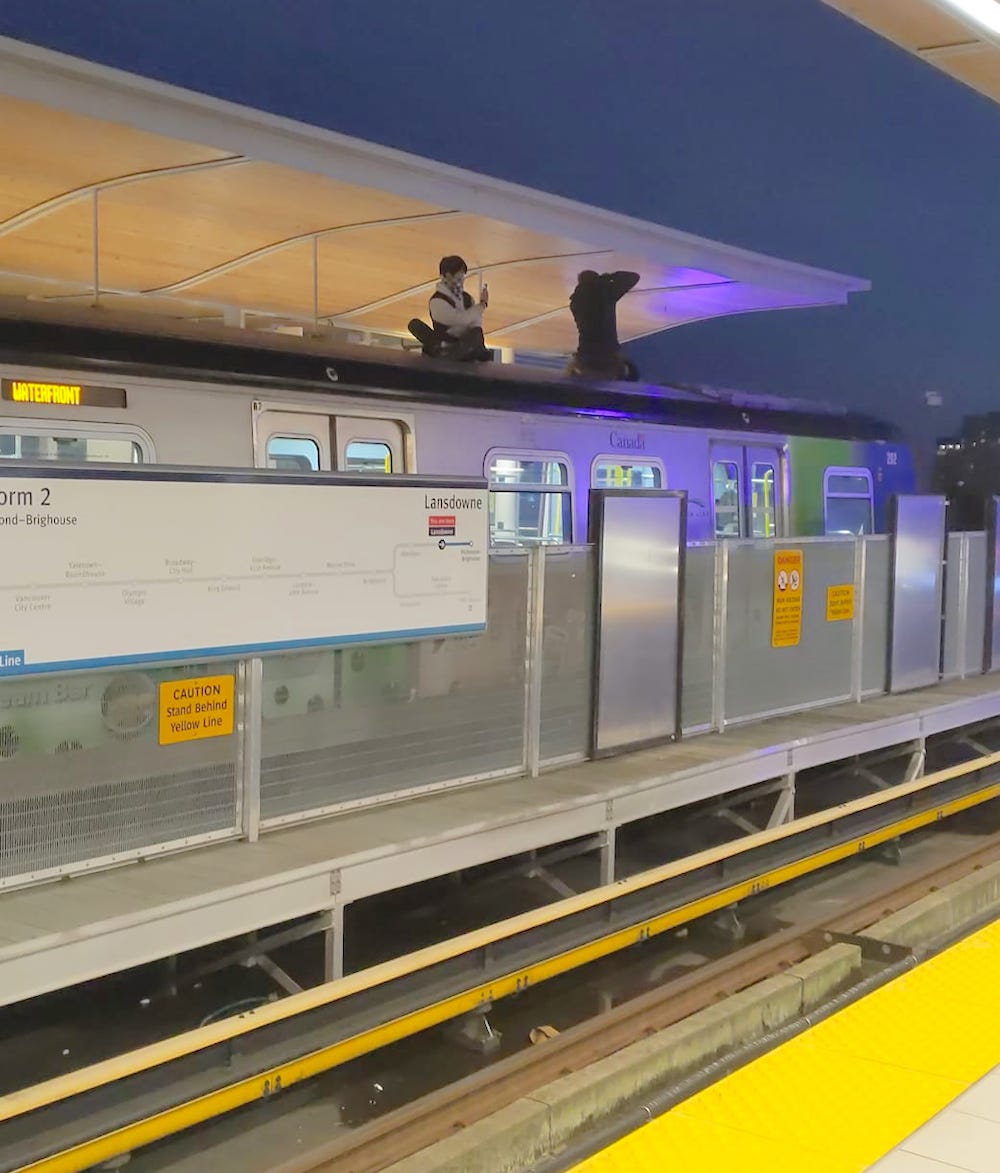 Two individuals spotted riding on top of a train on SkyTrain Canada Line at Lansdowne Station on November 16, 2021. (Dee Farrugia)

It goes without saying that such a stunt is highly dangerous and illegal and is subject to penalties.

Constable Mike Yake with the Transit Police told Daily Hive Urbanized they received a report of two individuals on top of a Canada Line train at about 5:15 pm. Officers attempted to intercept the train at Bridgeport Station, but it was later determined that both individuals disembarked one stop earlier at Aberdeen Station. Transit Police are now investigating.

“Metro Vancouver Transit Police are aware of photos circulating on social media and are actively investigating the circumstances surrounding this incident. People who are caught either riding, standing or holding onto the exterior of the train are subject to fines or could be charged criminally,” he said.

“The fact that an individual would put themselves on top of a train is not only stupid, but it also has a high likelihood of severe injury or death.”

The Transit Police hotline — by phone at 604-615-8300 or text message at 87-77-77 — allows passengers to immediately reach out to police if they have safety concerns that need police attention.

Furthermore, station platforms are equipped with an emergency train stoppage button, and the train interiors have a yellow-striped silent alarm button running along the edge of the windows.