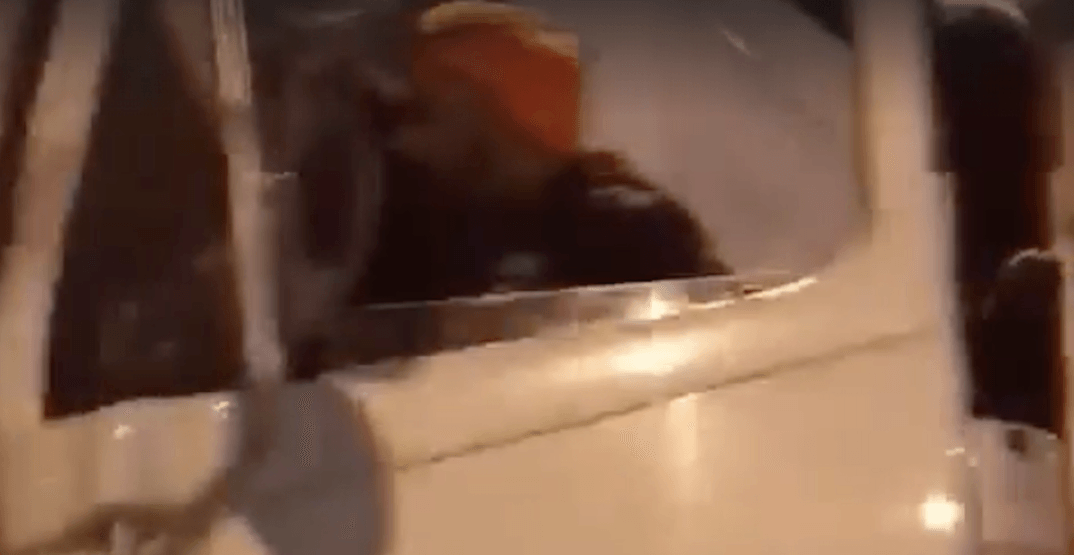 RCMP are investigating after an alleged kidnapping attempt by a semi-truck driver in Surrey recently was caught on video and shared on social media.

The video was posted to Facebook by Dylan Ackimenko, who wrote that his friend – the girl in the video – was “walking home late last night early morning and this man in a semi pulled over and seems was trying to kidnap her.”

In the video of the incident, the girl can be heard protesting the man’s efforts, repeatedly and frantically yelling “no.”

The man, however, seems undeterred by her protests, telling the girl “I will grab you,” and “I will drive you.”

Ackimenko writes that the girl was “luckily” filming the whole incident, which seemed to spook the driver off.

However, this reportedly didn’t work for very long, as the “driver left and then came back after pushed her down and stole her phone.”

Ackimenko explains that she managed to send the video of the abduction attempt just before the phone was stolen.

“My stomach hurts watching this and listening to the fear in her voice,” he writes. “I’m so glad she got away.”

Surrey RCMP Cpl. Elenore Sturko confirmed with Daily Hive that police are aware of – and investigating– the incident, but said police won’t be making any further comment at this time.

The name of the trucking company can be seen on the side of the vehicle’s door and Daily Hive has reached out to the company for comment.