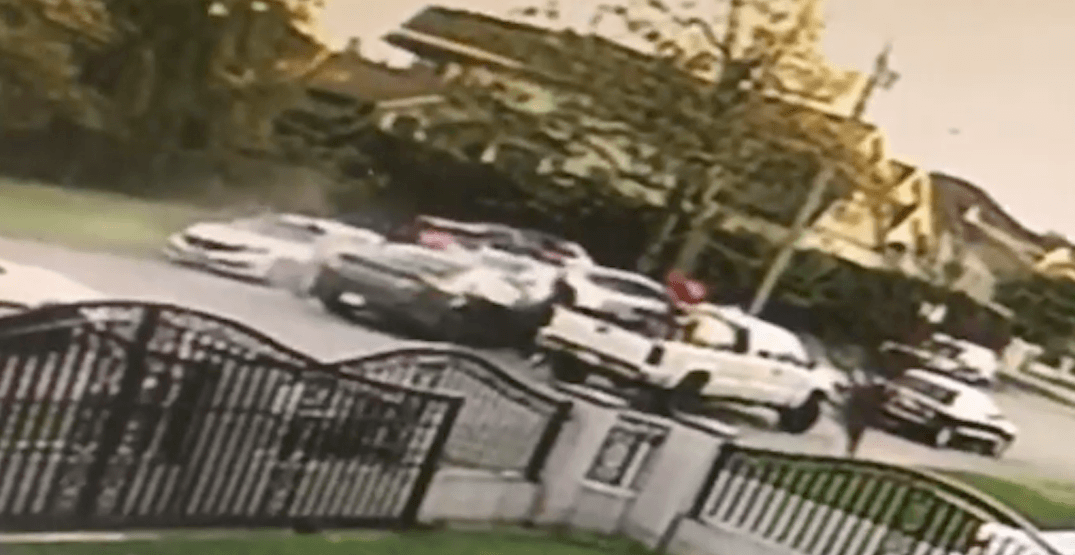 Surrey RCMP are investigating an incident of dangerous driving and assault involving “multiple individuals and vehicles” on Saturday evening – which appeared to be all caught on video and shared to social media.

According to police, the incident happened around 7:45 pm, when officers responded to the area of 135A Street and 88 Avenue, after receiving multiple 911 calls of vehicles driving dangerously and people fighting in the street.

Upon their arrival, officers found three men who were involved in the incident. All of them were transported to hospital, two with minor injuries and one with serious injuries.

Two vehicles were also located at the scene, a Nissan Maxima and a Ford Taurus. Both vehicles have been seized as part of the ongoing investigation, as well.

Police said the investigation is ongoing, and investigators are looking for the other individuals and vehicles involved in the event. This, they said, includes a red Dodge Caravan, a Black Volkswagen Jetta and a burgundy Honda Accord.

“Although some initial reports indicated shots had been fired in this incident, police can confirm that no shots were fired,” police said.

Police said they believe the parties involved in this occurrence are known to each other and that this “may be linked”  to the Lower Mainland gang conflict.

Investigators said they are also “aware” that video footage that has been circling on social media and are asking anyone else who has footage of the incident or – information about those involved – to contact Surrey RCMP.

One of the videos also appears to show a man being struck by one of the vehicles.