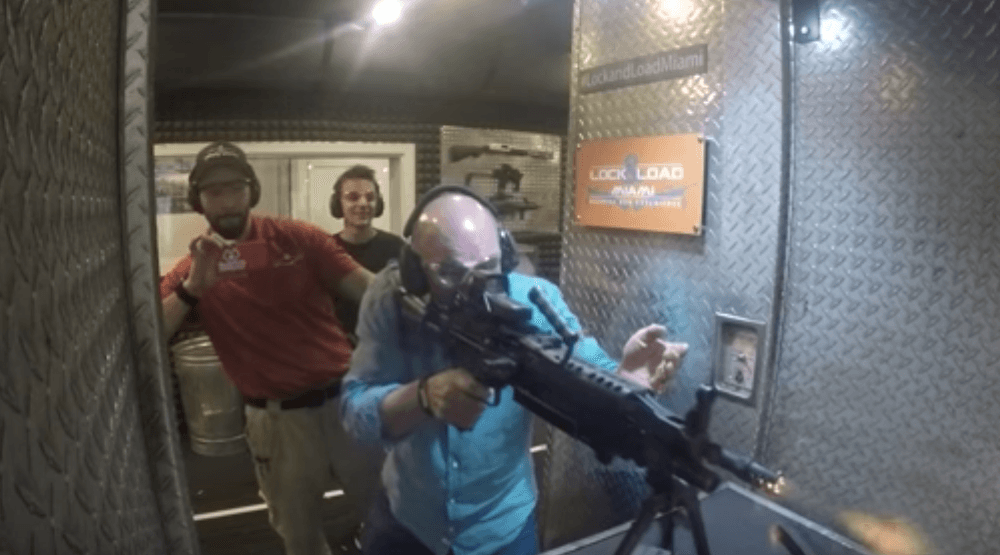 Conservative leadership candidate Kevin O’Leary posted and then deleted an online video of him shooting numerous guns on the same day of the funeral service for the Quebec mosque shooting victims. 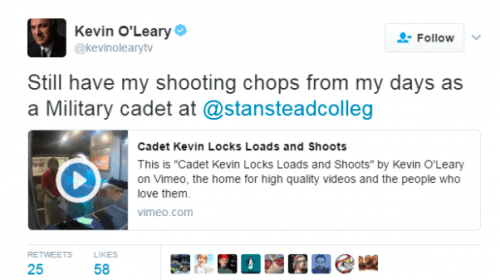 O’Leary posted the video on his Facebook and Twitter accounts but later took them down as he received criticism for sharing the video while the funeral for the six Quebec shooting victims was taking place.

“Out of respect for today’s service I have taken down my last post,”O’Leary wrote in a tweet.

Out of respect for today’s service I have taken down my last post.

The video, which was filmed in March 2016, shows O’Leary at a gun range in Miami.