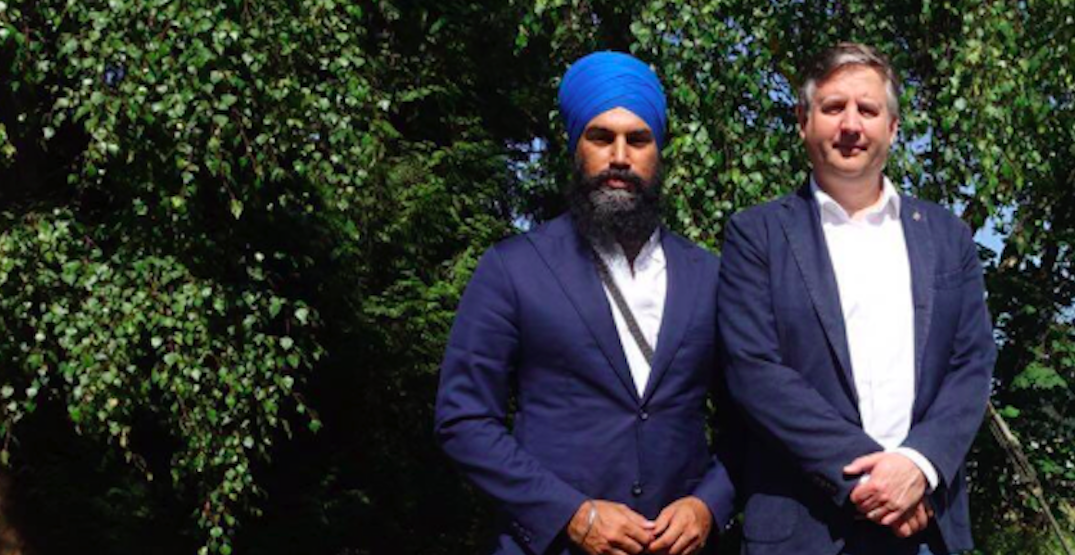 Vancouver Mayor-elect Kennedy Stewart said he plans to door-knock for NDP leader Jagmeet Singh in Burnaby, in support of Singh’s bid to win the federal riding of Burnaby South in an upcoming byelection.

Stewart made the comments during a sit-down interview with Daily Hive on Monday morning.

He resigned his position as federal NDP MP for the riding of Burnaby-South to run for mayor of Vancouver this year.

“I’ll go door-knock for Jagmeet, ” Stewart said on Monday. “I really respect him as a person and I campaigned openly about being a New Democrat.”

Stewart said the reason he backs Singh’s leadership is “the lack of diversity” in the House of Commons.

“When he came out and talked about carding (random police checks) in the house of commons, you could see a lot of the MPs had no idea what he was talking about,” he added. “Even if we took the NDP stripes off, I would support him. I think that he’ll be a very important voice there.”

Despite being elected the leader of the NDP in October of 2017, Singh has been without a seat in the House of Commons, but that could change if he is elected into Stewart’s now-vacant riding.

Stewart first ran for federal office in 2004, as the NDP candidate for Vancouver Centre. Though he failed to win in that general election, he secured the party’s nomination again in 2011 and went on to win the seat for Burnaby-Douglas.

He was re-elected in 2015 in the new riding of Burnaby South.