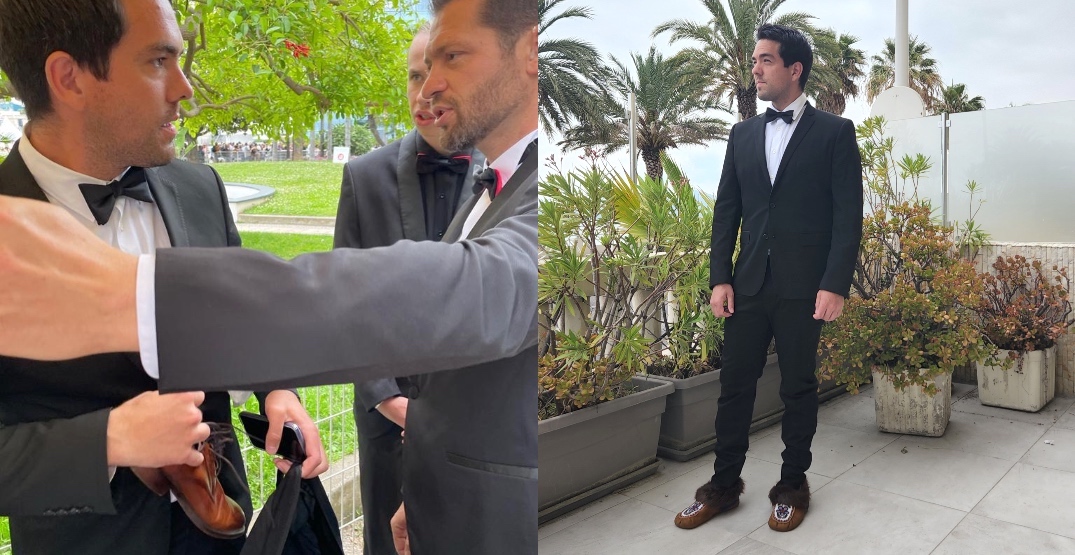 A Canadian filmmaker says he was treated like a trespasser at a red carpet event for wearing moccasins.

Dene film producer Kelvin Redvers spoke with Daily Hive about his experience at Cannes and how he was turned away from the red carpet for wearing culturally significant moccasins.

Redvers was in Cannes last week as part of a cohort of Indigenous producers.

“There isn’t enough diversity in media, there are more Indigenous producers needed on the big stage,” said Redvers.

The cohort were in France partly to promote their projects – Redvers just finished Cold Road and has a forthcoming thriller called Don’t Look Down that he’s in the process of fundraising for. 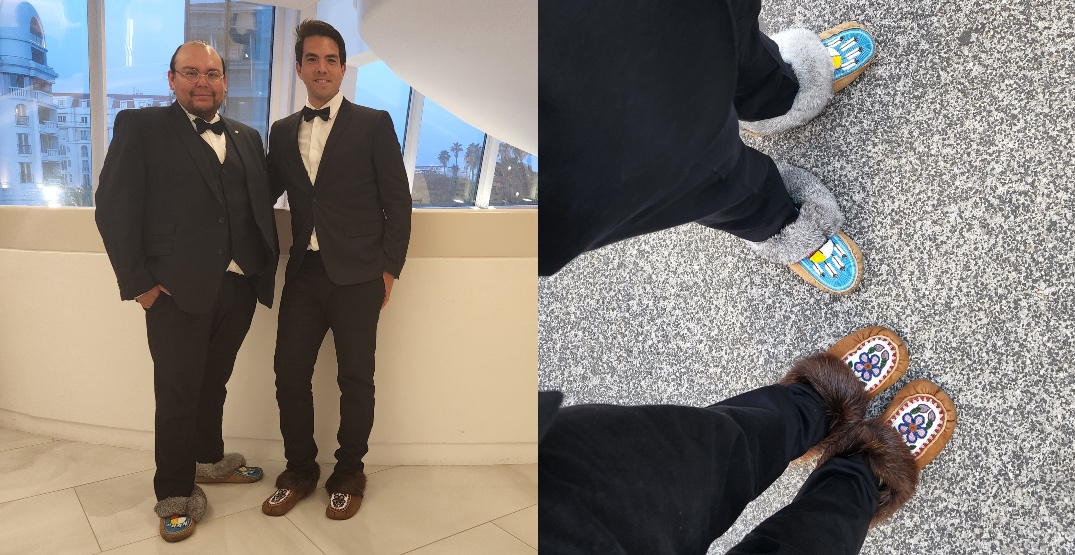 “One of the things I was most excited about going into the festival was to take part in a red carpet event because I’m a filmmaker and there’s something prestigious about it,” said Redvers.

“Cannes has a pretty strict dress code, which I understood going in, it’s pretty formal…But it’s also generally known that Cannes makes a bit of accommodation for different formal wear for different national outfits like a kilt is okay on the red carpet,” he said.

“For a Dene person, the moccasin is very important, especially for me – I have a beautiful pair that my sister had made for me that I specifically got made for events like this,” said Redvers.

He was excited to wear both the formal suit with a bowtie and the moccasins to the event. “My mom is Dene, my dad is not indigenous, it’s a mix of both of my backgrounds,” said Redvers.

But making his way through the security checkpoints, Redvers was stopped and told that his moccasins were not acceptable. 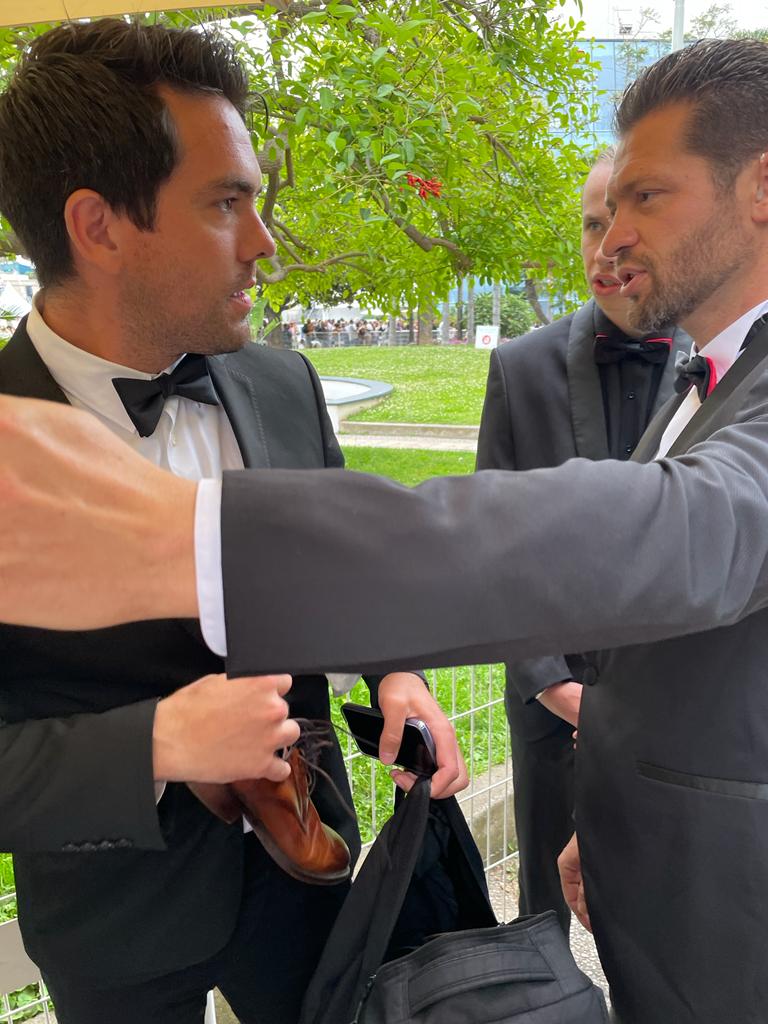 “I explained who I was, where I’m from, why they’re a perfect ceremonial piece of clothing, and through various levels of the authority and decision-makers, nobody quite accepted my story – they questioned it,” said Redvers, who said Cannes security were wondering why he wasn’t wearing a “full outfit.”

“They were expecting a loincloth or a headdress? This for me is my expression of culture. It’s very formal where I come from,” he said.

“After a while, one of the security agents snapped and he demanded that I leave immediately.”

“He kind of treated me like a trespasser or a criminal. I was shocked, dumbfounded, and hurt. I clearly showed up with the best intentions and I was demanded to leave immediately.”

Later, Redvers put on Western-style shoes because he still wanted to see the film.

“I swallowed my feelings for the night,” he said. “One of those things where it took a while to process how it all went down.”

Later, Redvers met with Cannes representatives who did apologize for the way the security guard treated him. They also seemed open to learning about Indigenous cultural dress to be able to identify it for the future. 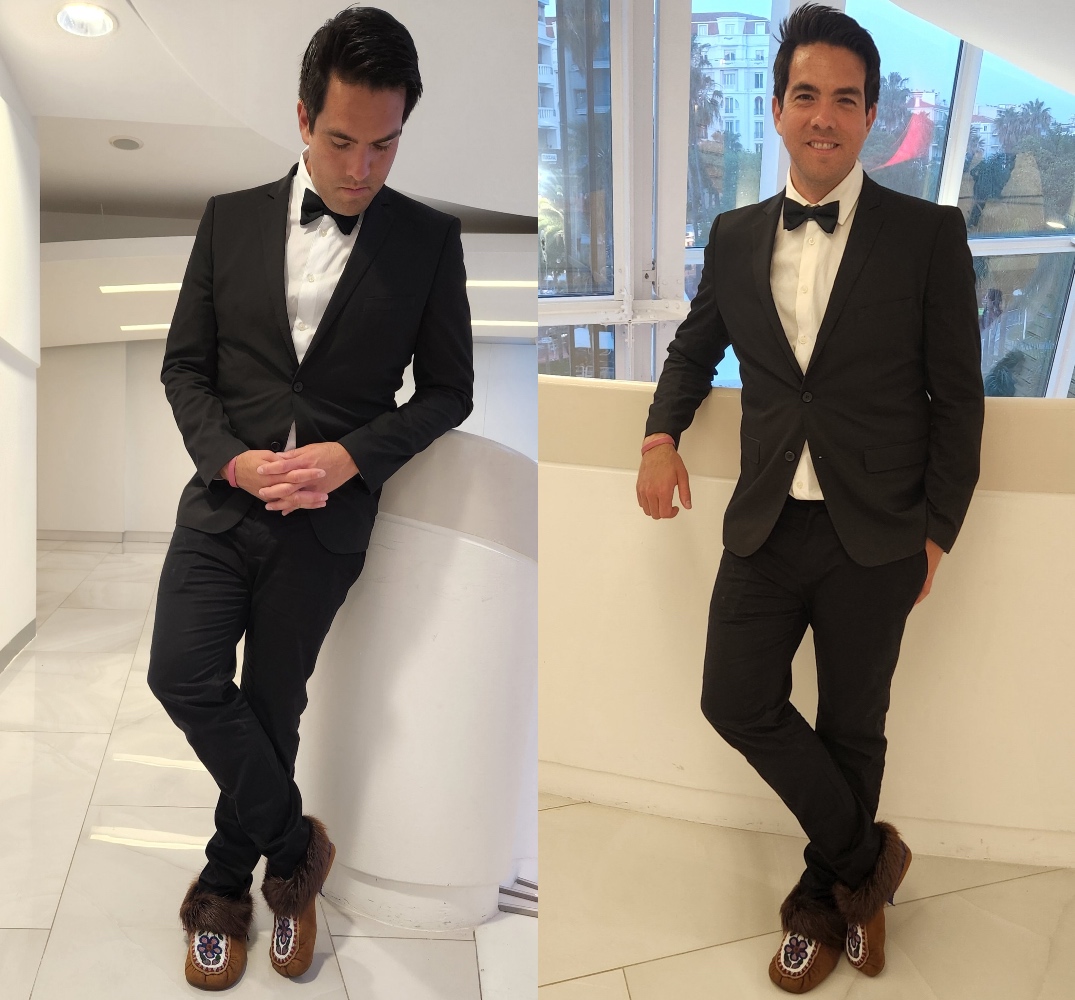 “If you are going to allow kilts and saris, there has to be room for cultural pieces of clothing that are fairly universally accepted as formal, and the moccasin is across North American cultures,” said Redvers.

“There’s nuance to how an Indigenous person may want to present their culture,” said Redvers. “It’s not just slippers…For them to have had zero exposure or understanding to it was kind of a surprise.”

Redvers did get his red carpet moment. He got tickets to another screening and went with a colleague in suits, bowties and moccasins.

Now, the work that Redvers and his cohort of Indigenous filmmakers did in Cannes will have far-reaching effects.

“I think we were able to bring a different perspective into a lot of rooms and to a lot of folks,” he said.