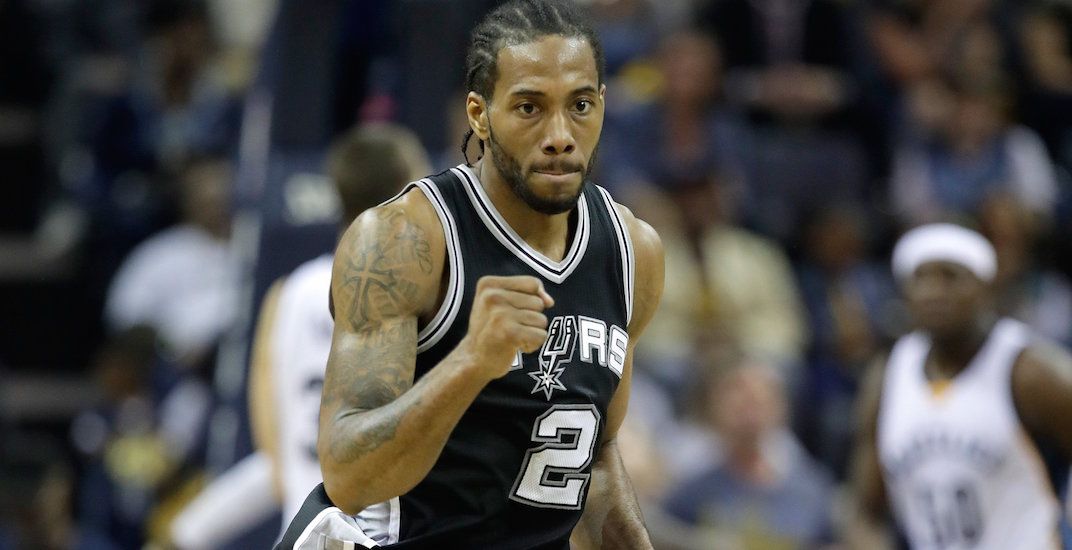 Ok, you have our attention.

San Antonio Spurs All-Star forward Kawhi Leonard wants to be traded and there is no shortage of teams lining up to get him.

Why wouldn’t there be? As one of the most talented players in the NBA, and still just 27 years old, he’s a game changer for any club he plays for.

Though he missed most of last season due to injury, he’s one of the league’s brightest stars, averaging 25.5 points per game in 2016-17.

One of the suitors appears to be the Toronto Raptors, who are clearly interested in changing the mix after seeing their season end the past two years with series sweeps at the hands of the Cleveland Cavaliers.

They’ve already changed their coach, despite him leading the team to the most successful season in franchise history. Would they move one of DeMar DeRozan or Kyle Lowry too?

If they’re in on Leonard, which recent rumblings appear to suggest, those are the types of players it will take to get a deal done.

An article published in the Washington Post this week said the Raptors have “generated buzz” as a potential Leonard destination.

Three days later, that buzz has not subsided. Gambling website OddsShark has updated their odds, and the Raptors have pulled into the lead as the most likely trading partner.

Updated odds on which team Kawhi Leonard will be on next season (@betmybookie):

“With LeBron James out of the Eastern Conference, perhaps Raptors President of Basketball Operations Masai Ujiri is willing to swing for the fences and move DeMar DeRozan or Kyle Lowry in such a deal,” the Washington Post speculated.

Still a long way to go, but don’t sleep on this.