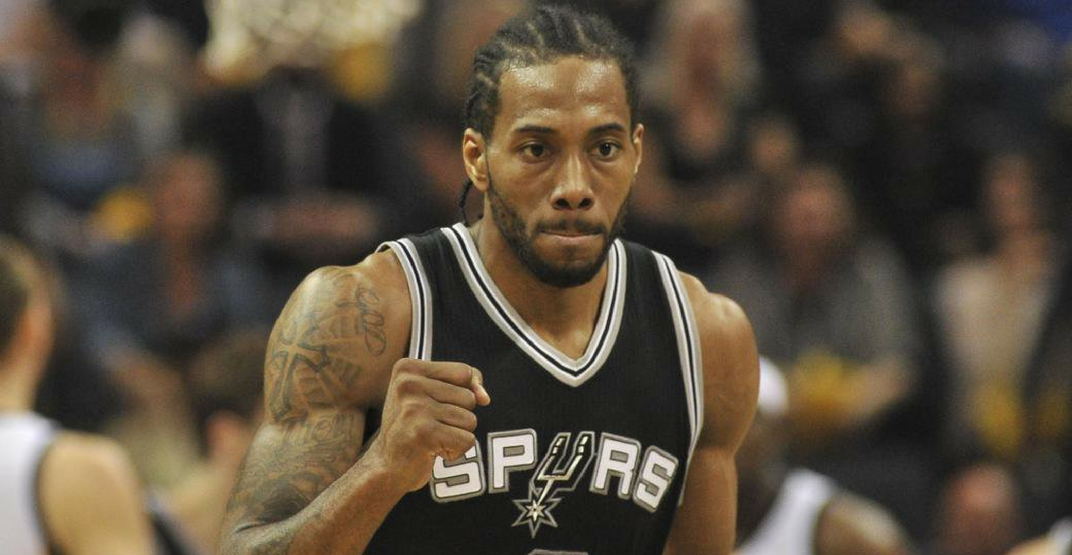 What if the Raptors had LeBron’s kryptonite?

After a third straight year getting knocked out of the playoffs by LeBron James and the Cleveland Cavaliers, president Masai Ujiri took the first step of change by firing Dwane Casey, the head coach of the franchise for the last seven seasons.

Ujiri on Casey firing: "It was the hardest thing I've done in my life… I've never met anybody that classy in my life. I can honestly say I don't know that I'll work with a better person."

While Casey is acknowledged as one of the top coaches in the league and likely the leading candidate for the Coach of the Year award, his inability to coach down the stretch and make quick, in-game adjustments finally caught up to him.

"Roster changes are a little bit more difficult and more complicated, but we'll continue to grow this team as much as we can" – Ujiri, says roster is not perfect, he has work to do

Despite a 59-win season, placing first in the Eastern Conference, having two NBA All-Star guards, and the best bench in the league, the verdict is in – this team is just not good enough to compete at a championship level.

The Raptors have made the playoffs for five consecutive years, but have advanced to the Eastern Conference Finals just once. They’ve been swept three times, including the past two years to the Cavs.

The team needs to make changes to the roster, but how?

Here are some trade options that the Raptors could explore to improve their team.

This deal is the hardest emotionally for any Raptors fan to have to deal with, considering the loyal soldiers that DeRozan and Lowry have been, and the amount of growth they’ve made as the franchise players.

However, they have shown an inability to lead a championship-level squad, significantly underperforming in the playoffs in comparison to the regular season.

This trade makes the most sense if Ujiri is looking to win now and capitalize on the current core.

For the Raptors – while losing out on Anunoby’s potential, letting go of Siakam’s energy, and DeRozan/Lowry who have developed into all-star talents – Kawhi is the definition of a true NBA superstar.

Kawhi has been on one of the three teams that has had success in eliminating LeBron James since 2011.

Rudy, on the other hand, played for the Raptors in a short stint in 2013 and could be an underrated acquisition at a lesser price than his first go-around. He’s a solid scorer and defender that can provide a punch off the bench.

There's a "tremendous disconnect" between the #Spurs and Kawhi Leonard, according to ESPN's Adrian Wojnarowski #GoSpursGo https://t.co/VyHjNwkxHZ

For the Spurs, Leonard’s relationship with the franchise has been rocky this season, playing in only nine games due to a right quad injury he sustained prior to the pre-season.

According to the Spurs organization, Leonard was medically cleared to play, but, the two-time All-Star went to seek a second opinion, causing confusion amongst the team and the organization.

The Spurs held a team meeting to address the tension and lack of communication – Leonard did not join the team on the bench or provide any explanation to the media.

Coach Gregg Popovich is known to deal swiftly with problematic players, and with Leonard eligible for a supermax deal worth over $200 million, the front office may be hesitant to sign him to a big deal if the superstar is no longer engaged to be part of the organization’s future.

If the Spurs choose to part ways with Kawhi, it would be for a package that can sustain winning while re-tooling for the future.

If the Raptors could pull it off, the rotation would be:

2. Draft pick from the Dallas Mavericks

The Mavericks are in a rebuilding situation and are in need of proven talent, such as an All-Star calibre player, to accelerate the process and become competitive.

A lineup of Dennis Smith Jr, DeMar DeRozan, Harrison Barnes, Dwight Powell, and Dirk Nowitzki has the potential for a formidable team in the Western Conference, similar to the likes of the Utah Jazz with their young depth.

For the Raptors, Wesley Matthews is a perimeter shooter that can defend any position on the perimeter.

The gold in this trade, however, is the fifth pick in the draft.

If the Raptors have a chance to select the likes of Luka Doncic, Marvin Bagley III, Mohamed Bamba, Michael Porter Jr, or Trae Young, the future of the franchise would be in good hands, at the expense of winning now.

While the Raptors may sacrifice regular season wins with this deal, by acquiring Wiggins, the franchise can start to build around Canada’s best active player.

Wiggins has struggled to flourish and develop into the star that he was expected to be, especially after the Timberwolves drafted Karl-Anthony Towns and acquired Jimmy Butler – two guys that are ahead of Wiggins in the pecking order.

Wiggins averaged just 17.7 points per game last season, a dip in production from the year prior.

Minnesota would be better off with a more consistent scoring option like DeRozan to play alongside Butler – as the T-Wolves struggled to score down the stretch of games and find reliable production.

With Wiggins’ extension kicking in on the first day of the off-season, DeRozan and Wiggins’ salaries match up.

Wiggins back home in Canada, playing under a new coach and environment could be the catalyst for unleashing his potential.

The Raptors get younger with the 23-year-old, and a wing duo of Wiggins and Anunoby has the potential to be deadly in the near future.