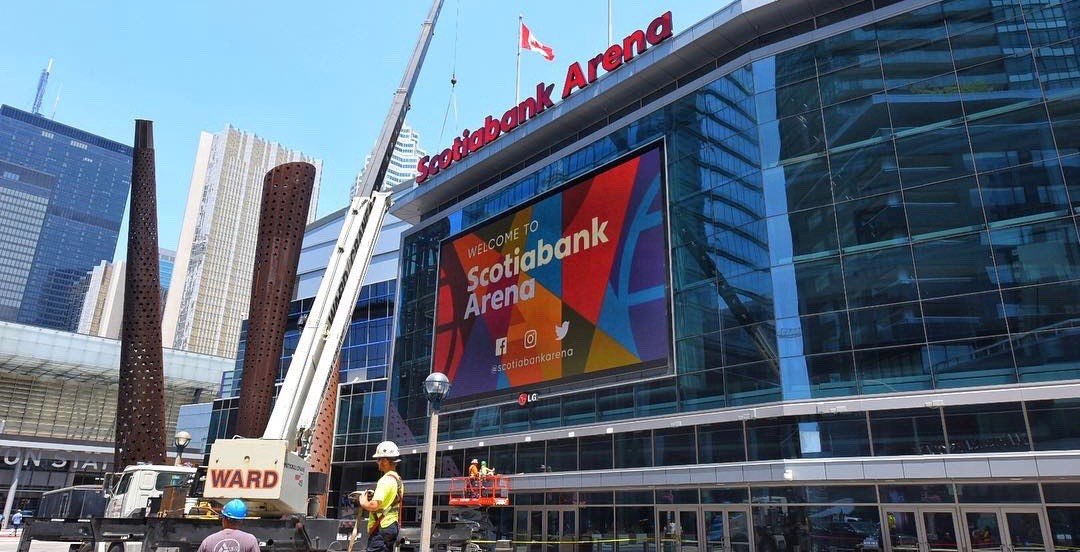 After opening its doors nearly 20 years ago, the Air Canada Centre Toronto sports fans know and love has received a new name.

As of Sunday, July 1, the ACC’s red signage was taken down and replaced with new temporary signage, officially transforming the facility into the Scotiabank Arena.

A post shared by Official Scotiabank Arena (@scotiabankarena) on Jul 1, 2018 at 1:00pm PDT

Last August, Maple Leaf Sports & Entertainment (MLSE) announced they had signed a 20-year, $800 million naming rights agreement with Scotiabank, which is believed to be the highest priced building and team sponsorship in North America.

The new partnership will see the facility undergo numerous renovations, including outdoor signage made out of video screens that will be installed in the coming months.

Despite the name change, Air Canada will still continue as the official airline partner of both the Maple Leafs and Raptors.