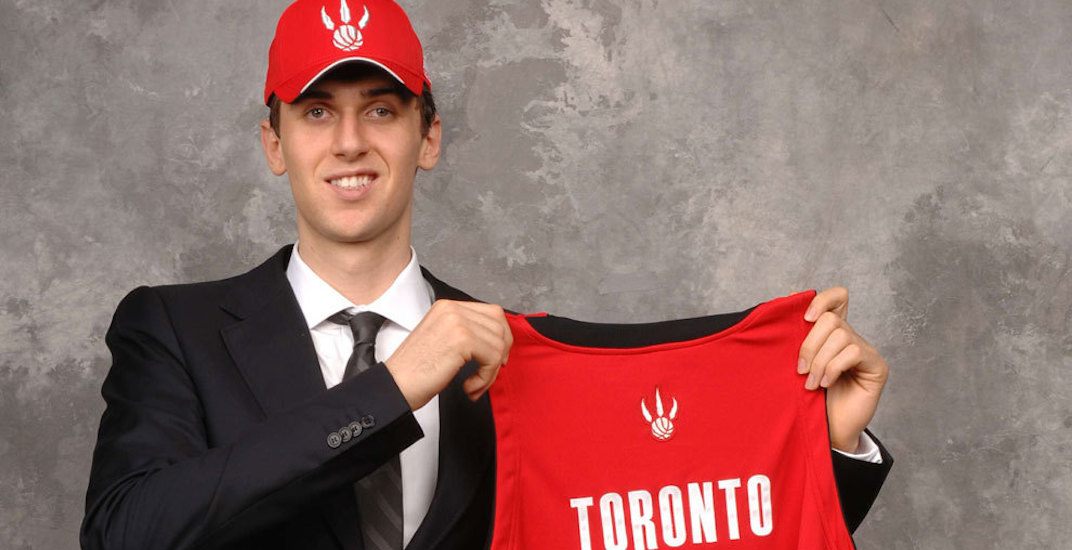 The Toronto Raptors don’t own a pick in Thursday’s NBA Draft, having dealt away both of them in previous trades. They’re looking to trade for one, with Canadian Shai Gilgeous-Alexander reportedly catching their eye.

Until then, let’s look back at some of the not-so-great moments from the NBA Draft, from a Raptors perspective. These are the worst draft picks in Raptors history:

Michael Bradley was a power forward who played college basketball at Kentucky before transferring to Villanova for his final season.

After declaring for the draft, many thought Bradley would be a legitimate rotational player and help Toronto get to the next step with Vince Carter on the roster. However, that was not the case.

Bradley averaged just 1.2 points and 0.9 rebounds per game in his rookie season. He did improve marginally over the next season averaging five points and 6.1 rebounds per game. Injuries derailed his career and Toronto released him halfway through his third NBA season.

Bruno Caboclo was about as off the board as any pick ever.

Caboclo was not on any mock drafts, and Fran Fraschilla had the famous quote that he is two years away from being two years away. The rumour was that the Raptors were going to select there Brazilian with their second round pick but there were rumblings that some teams in the late 20s were going to snag him, so Toronto drafted him at 20.

The Raptors were hoping to find a player to either start or be a rotational player to help Vince Carter out in 2004. However, Rafael Araujo was simply not that.

The Brazilian centre was a projected first-round pick but did not play like one. He ended up only playing two years in Toronto and was out of the NBA after just three seasons. To make matters worse, Andre Iguodala was drafted with the pick after.

Getting the first overall pick in 2006 sounded better than it was.

The draft had no consensus No. 1 overall pick, and looking back, it wasn’t loaded with talent. The Raptors had a need for a power forward/centre and general manager Bryan Colangelo settled on Italian power forward Andrea Bargnani.

Bargnani played seven years in Toronto and averaged 15.2 points and 4.8 rebounds per game. Although the stats look good, Bargnani was plagued by injuries and rarely looked interested in playing defence.

LaMarcus Aldridge ended up being the second overall pick, who the Raptors, in hindsight, should have drafted.

Aleksander Radojevic is a name not many Raptors fans will remember. The 1999 draft was considered top heavy with a consensus top 8-10 and after that, anyone could go anywhere.

With the 12th overall pick, Toronto drafted the Yugoslavian centre who ended up playing just three NBA games with the Raptors. In those three games, Radojevic averaged 2.3 points and 2.7 rebounds.

Following his rookie season, Radojevic ended up not playing anywhere his sophomore season. He spent the next three years overseas before playing 12 more NBA games with the Utah Jazz in 2004-05. Though Radojevic was a bust, the 1999 draft was not a good one anyway, with only Andrei Kirilenko and Manu Ginobili as the only players drafted after Radojevic that went on to become All-Stars.