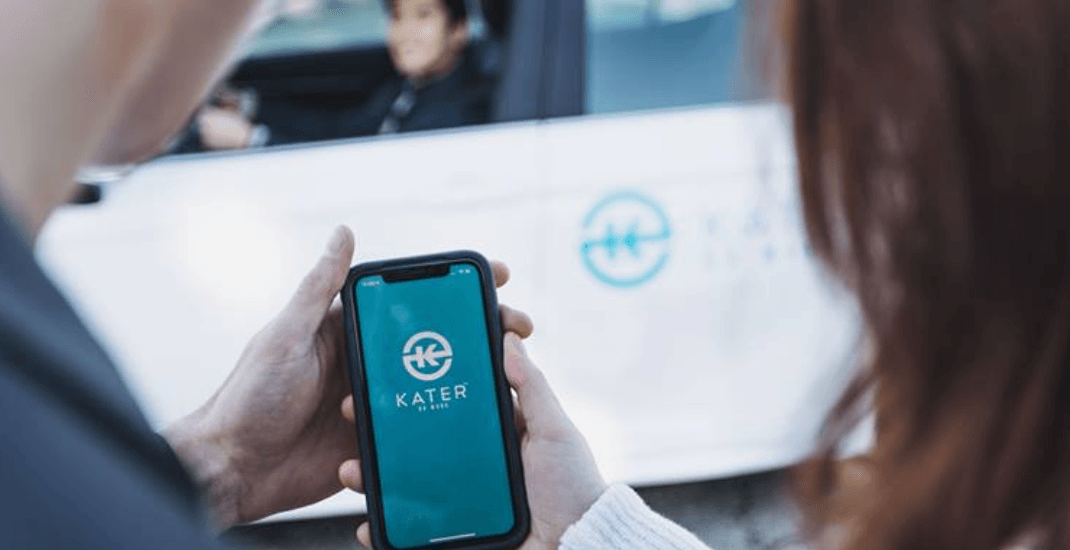 A coalition of groups trying to bring ridesharing to British Columbia sooner is dismissing Kater’s ride-hailing service as “simply another form of taxi.”

Kater, which beta launches next week in Vancouver, is billing itself as “Vancouver’s first-ever ride-hailing app.”

The company will have a fleet of 140 cars when it is fully operational. Its app allows for cashless payment, and users can estimate the cost of their route — and track their driver. Its rates are set by BC’s Passenger Transportation Board ($3.25 base fare, $.56 cost per minute, $1.88 cost per kilometre) — and are “similar to taxi prices.”

It boasts that it will not have surge pricing in times of peak demands, but unlike rideshare companies, it won’t have extra drivers coming on during those times to accommodate extra passengers either.

Its licences were issued by the Vancouver Taxi Association, and that monopoly has endorsed the “hybrid” company. But Kater insists that’s where the relationship ends.

Ridesharing Now For BC, a coalition advocating for free-market competition for ridesharing, says Kater does not address the need for transportation options across the province — “not just where they make deals with taxi associations,” said a statement sent to Daily Hive.

“Kater is simply another form of taxi. We have heard the Minister of Transportation promise that companies like Kater will not get a head start in the market, so we are disappointed to see that isn’t the case.”

Iain Black, President and CEO of The Greater Vancouver Board of Trade, said on Twitter that the introduction of Kater will not put consumers any further ahead — and people in BC will still face the highest cab prices in the country.

This is NOT ride hailing. It’s the “love child” of the existing taxi monopoly & the recent BC Govt legislation that delays or prevents true ride hailing. Consumers no further ahead, competition stifled, highest cab prices in Canada remain. #Embarrassing
https://t.co/7pvjSiT0jL

Established rideshare company Lyft is also weighing in on Kater’s Vancouver launch, calling it a taxi service that is still “subject to the same rules that make taxis unreliable.”

“People across the province have made it clear they want real choice when it comes to transportation, not just more taxis. Kater is a taxi service, not ridesharing,” Lyft said, in a statement to Daily Hive.

Lyft is still hopeful that the province’s upcoming regulations will allow it to launch in BC this year.

A study released in January found that the majority of British Columbians don’t feel like ridesharing isn’t being introduced fast enough in the province.

When asked about competition between the taxi industry and ridesharing companies, the majority of Vancouver residents (two-in-three) surveyed are worried that the government will create some form of rules to protect the taxi industry, making it harder for Uber and Lyft to operate.