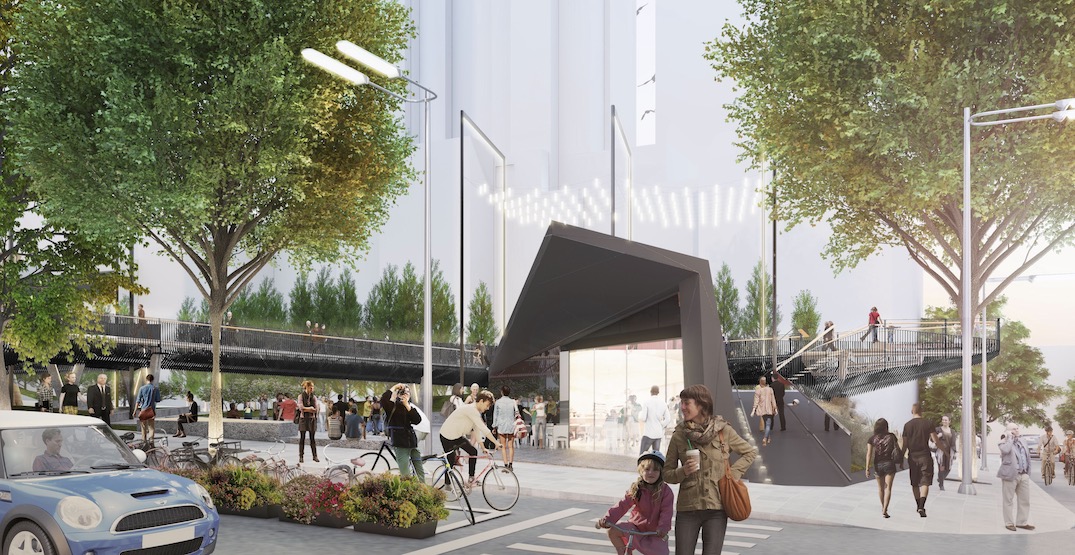 If you’ve been in or around Yaletown recently, you’ve likely seen the neighbourhood’s highly anticipated park coming along.

The new outdoor destination is located at the corner of Smithe and Richards. It used to be a humble parking lot, and it’s quickly coming together after some delays. Ground first broke on this project back in January 2020.

There are a lot of elements in the park to be enthusiastic about, something you can read more about in this detailed construction update on Urbanized Vancouver.

Otherwise, the thing we are most excited about regarding this new park here at Dished is the food and beverage concept opening on-site.

The locally owned and operated business opening inside the cafe pavilion building will be Kafka’s Coffee, aka Kafka’s in the Park.

This will be the brand’s first outpost in the downtown core.

Slated to open this spring, Kafka’s in the Park will anchor the park’s southwest entrance and offer patrons its signature locally roasted, fairly traded, and fresh-crop coffees. 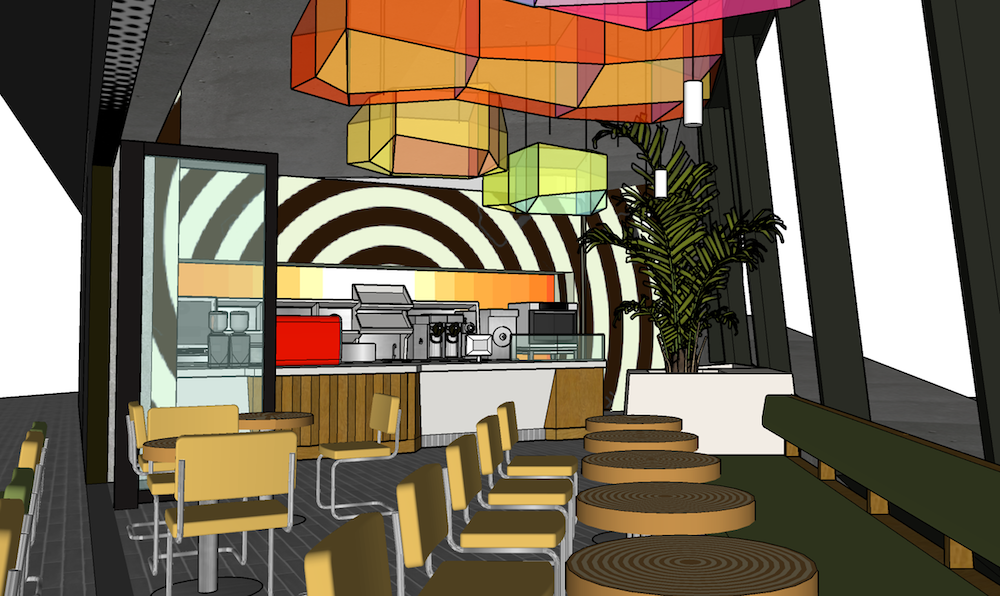 Rendering of Kafka’s in the Park interior (Courtesy Kafka’s)

For bites, expect Kafka’s great housemade sandwiches and pastries, house-baked sourdough bread, and soft-serve ice cream. The latter will only be available at this location.

During a site walkthrough this week, Dished Vancouver was told there would be around 16 seats inside, and tons of park seating outside.

The cafe will also have its liquor licence down the line. 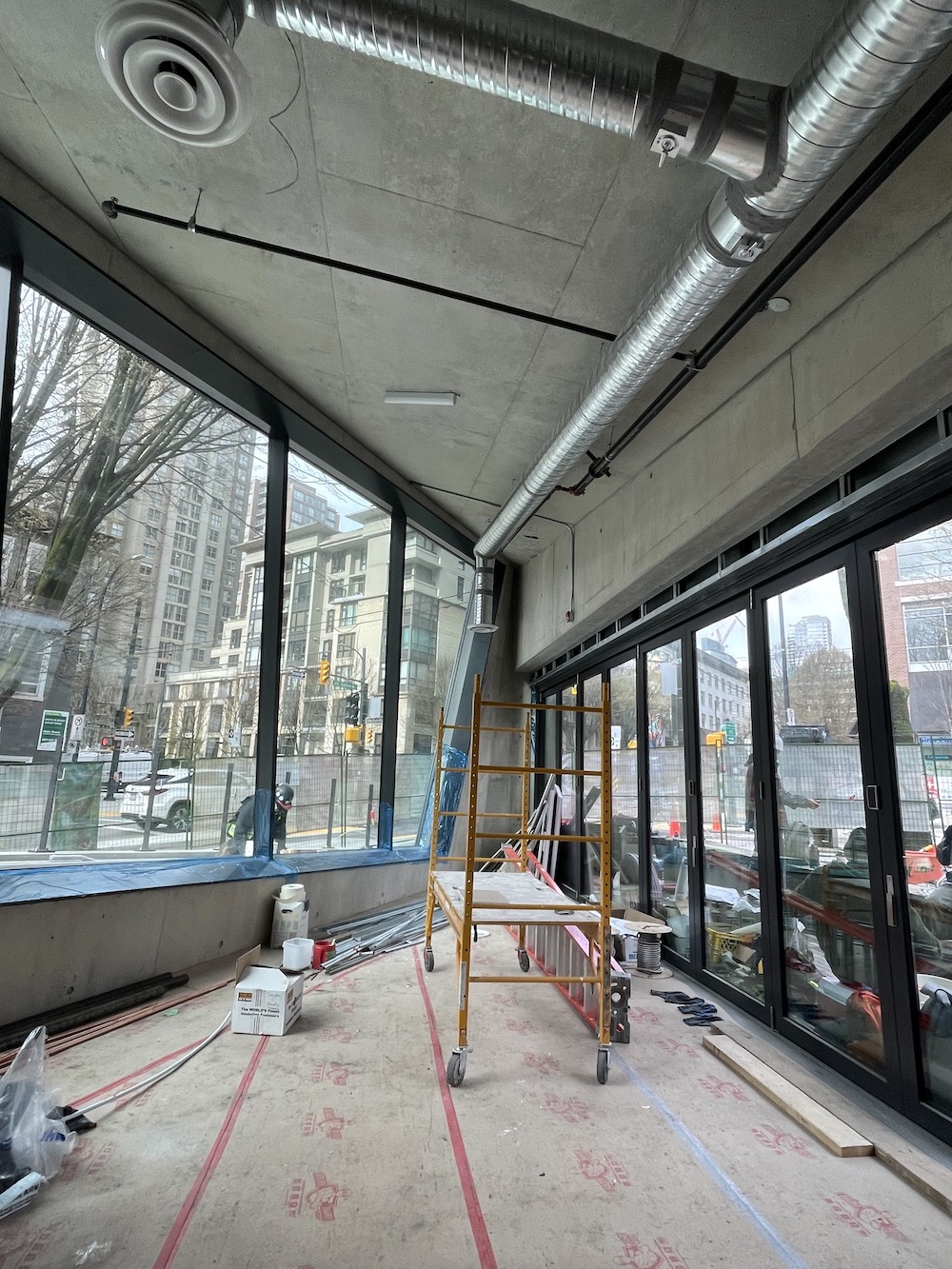 Inside Kafka’s in the Park (Hanna McLean/Daily Hive)

Kafka’s in the Park was designed by Scott Cohen. It will feature elements like a folding window wall, eye-catching high-contrast graphics, a custom-crafted banquette, lush plants, and rainbow-tinted lucite mobiles, which will cast multicoloured light.

We’ll keep you posted as Kafka’s in the Park progresses. Stay tuned!