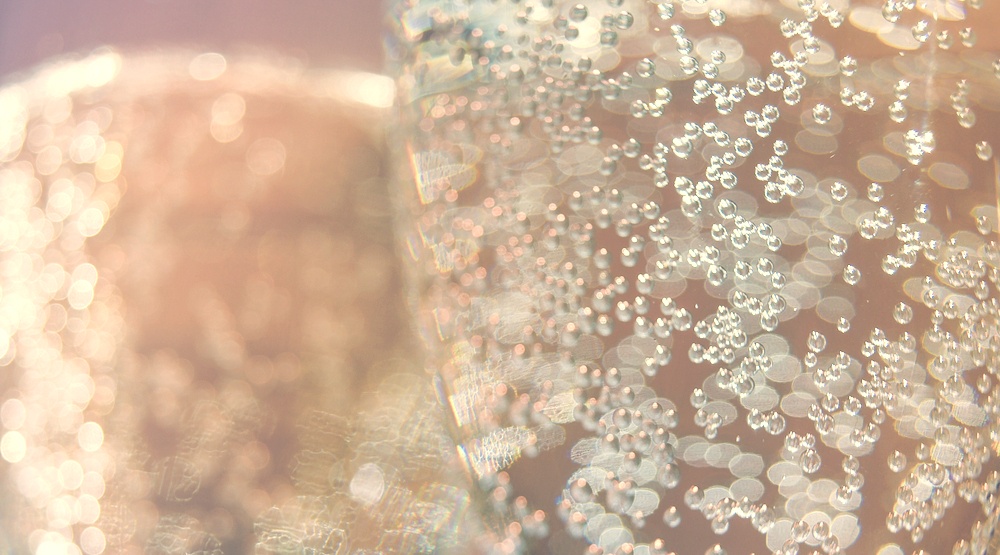 Can you imagine having your own wine, made with your own input, with your own name and custom label? It’s an honour given to Vancouver’s top sommelier each year, thanks to an exciting program from Okanagan Crush Pad called Wine Campus.

Now in its sixth year, Wine Campus is a special mentorship program that grants the Vancouver Sommelier of the Year the opportunity to direct the production of their own wine, using the grape and method of their selection. 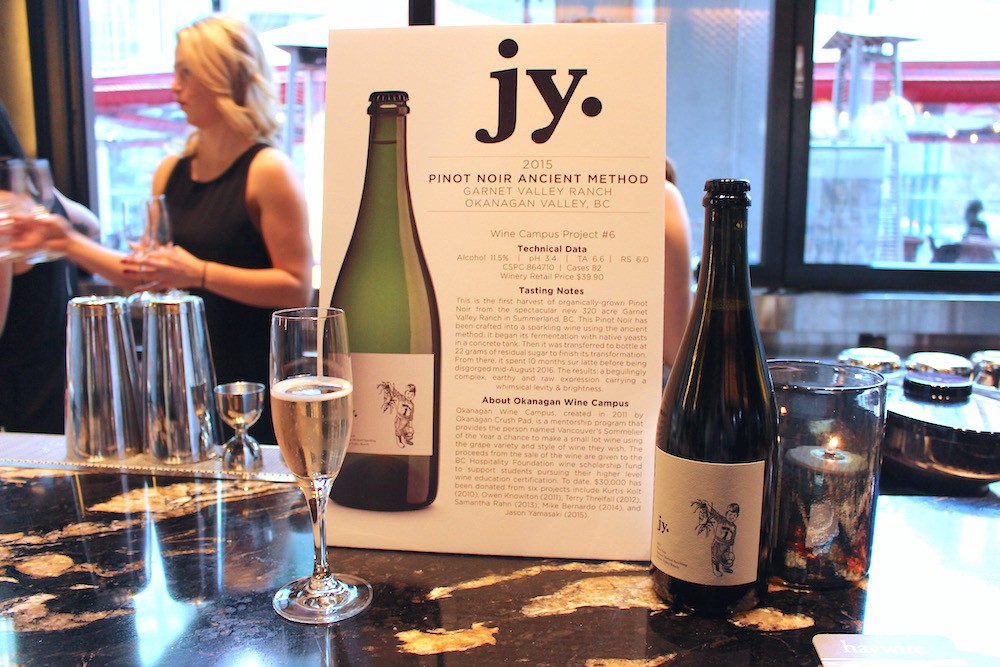 For 2016, the Wine Campus program has released jy., an Ancient Method Pinot Noir sparkling wine created in partnership with Jason Yamasaki, the 2015 Vancouver Sommelier of the Year.

Yamasaki, who currently serves as Head Sommelier for JOEY restaurants, `says he was particularly happy to be able to “showcase where this bubble style is going in British Columbia.”

The jy. sparkling was made with Okanagan Crush Pad Winery’s sparkling winemaker, Jordan Kubek, notes that she’s only done a couple of prior Ancient Method sparklings, making this collaboration “really exciting.” Kubek adds that this wine is “very much a snapshot of the vineyard, and the fruit at the time it was picked.”

OK Crush Pad owner Christine Coletta elaborates that the vineyard is part of their working ranch, and that this was the first picking of the pinot noir grapes from the Garnet Valley used in the jy. sparkling. “It was a natural fit for Jason to do this wine for us,” adds Coletta.

Even more a natural fit is how, in a way, this collaboration brings Yamasaki full circle in his storied career to date. With every annual release of the Wine Campus production, Okanagan Crush Pad donates $5000 to the BC Hospitality Foundation’s wine scholarship program. Coletta’s connection to BCHF is profound; she is among the founding members of the organization. Yamasaki himself was once the recipient of a BCHF wine scholarship.

Yamasaki says he’s delighted with the wine’s drinkability, and the “delicacy of the bubbles.” With what he describes as its “mid-palate of silky, aromatic fruit,” Yamasaki points out that the jy. sparkling pairs well with dishes like JOEY’s tuna tacos, or any rich dish that’s studded with bright acidity

With a production of just 82 cases, the limited edition Yamasaki and Okanagan Crush Pad’s jy. Pinot Noir Ancient Method sparkling is available at JOEY restaurants and at Marquis Wine Cellars.