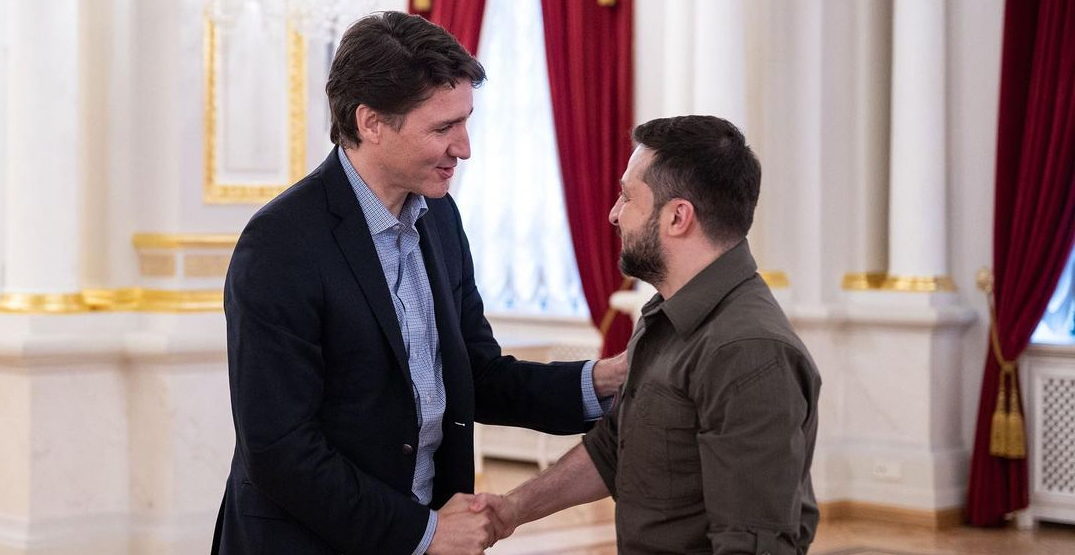 Justin Trudeau made a previously unannounced trip to Ukraine this weekend.

“As Russia continues its ongoing illegal and unjustifiable war against Ukraine, Canada will continue to be there to support Ukraine and its people,” said Trudeau in a release.

I’m in Ukraine with @cafreeland and @melaniejoly today. We’re here to show our support for Ukraine and its people. Our message to President @ZelenskyyUa and Ukrainians is this: Canada will always stand shoulder to shoulder with Ukraine. More to come on our visit.

A meeting with just Canadian and Ukrainian officials also took place, where Trudeau and Zelenskyy “discussed the historic partnership between their two countries, the situation in Ukraine, and the need for additional international support – including humanitarian, financial, and military assistance,” according to a release.

Also, they talked about imposing “severe and lasting sanctions on Russia in response to President Putin’s invasion of Ukraine.”

After the meetings, Justin Trudeau announced that Canada would supply additional military and humanitarian aid to Ukraine.

In Kyiv, we announced additional military assistance and humanitarian aid to further support Ukraine. We also shared that we will temporarily remove trade tariffs on Ukrainian imports. For more on these new measures and investments, click here: https://t.co/BwmWVNwIcT

Canada also announced additional sanctions would be imposed against Russia, with Minister of Foreign Affairs Mélanie Joly tweeting out that they would bring in sanctions against Russian oligarchs and “enablers” of war.

There will be nowhere to hide for oligarchs and enablers of this war.

For more information on the Canadian visit to Ukraine and details on the assistance promised, you can check out the full release from the Canadian Government.