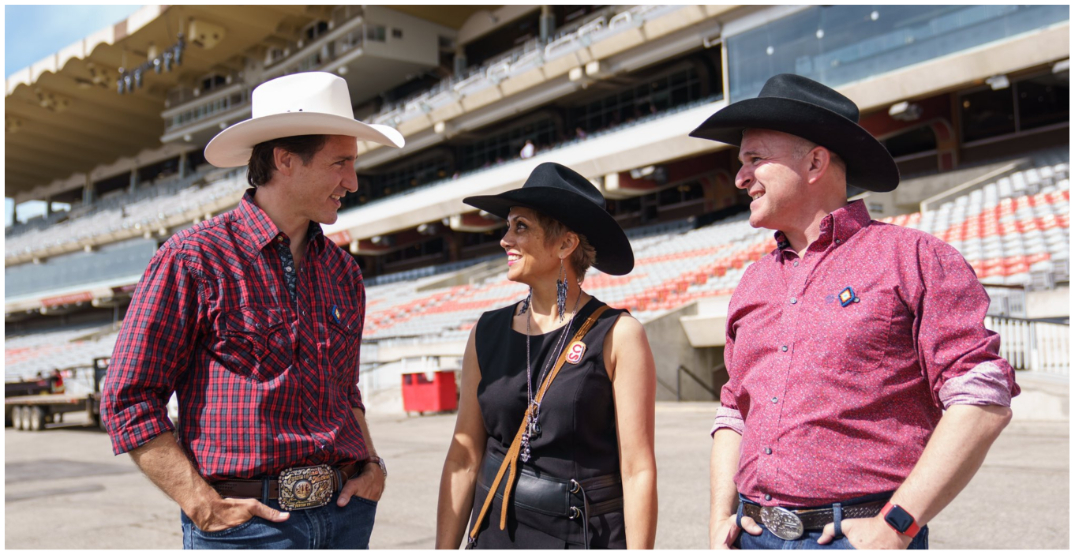 Justin Trudeau surprised many at a Calgary Stampede pancake breakfast, flipping flapjacks before making his way to the grounds.

It was the Canadian prime minister’s first appearance at the Greatest Outdoor Show on Earth since 2019.

It’s been two years since my last pancake breakfast – so @ChahalGeorge wanted to see if I still knew how to serve them up. I’d say I still got it. pic.twitter.com/3eRsW1Zv5F

Trudeau arrived at Calgary Liberal MP George Chalal’s pancake breakfast at the Genesis Centre on Sunday, much to the surprise of the 200 people in attendance.

From there the prime minister made his way to the Stampede grounds for a couple of hours before making his way to a fundraiser in the city.

There’s nothing quite like the Stampede. Had fun meeting all the families, workers, and volunteers that make this experience so special. Thanks for having me, Calgary! pic.twitter.com/TgIENh0vYM

Justin isn’t the first Trudeau to make their way to the Calgary Stampede. His dad, Pierre Trudeau, was the Stampede parade marshal when he was prime minister in 1978.

While we are fairly sure the current Canadian PM didn’t have to get a general admission ticket, he was one of 164,520 people to pass through the grounds on Sunday. The first weekend of the Stampede closed with a total attendance of 436,464. Both of those numbers are above the last pre-pandemic Stampede in 2019.