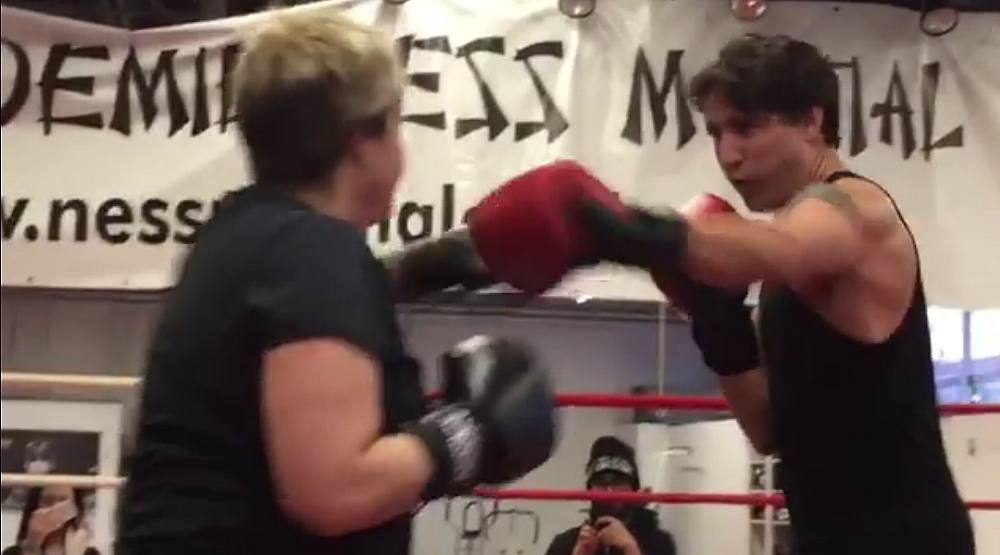 Trudeau is back in the ring!

Yesterday, a video of Prime Minister Justin Trudeau was posted on Instagram in a boxing match with Villeray-Saint-Michel-Parc-Extension city councillor, Anie Samson.

The two were seen duking it out at Ness Martial, a local boxing academy near Station Saint Michel.

Trudeau is currently touring Montreal ahead of the upcoming federal by-election.

First, he met with Liberal candidate for the riding of Saint Laurent, Emmanuella Lambropoulos, before marching in the city’s Greek Independence Day Parade on Sunday.

All in all, it has been quite a visit for the Prime Minister, capped off with a little physical activity in the squared circle.

Though Trudeau definitely has prior experience with boxing, Samson is certainly holding her own.