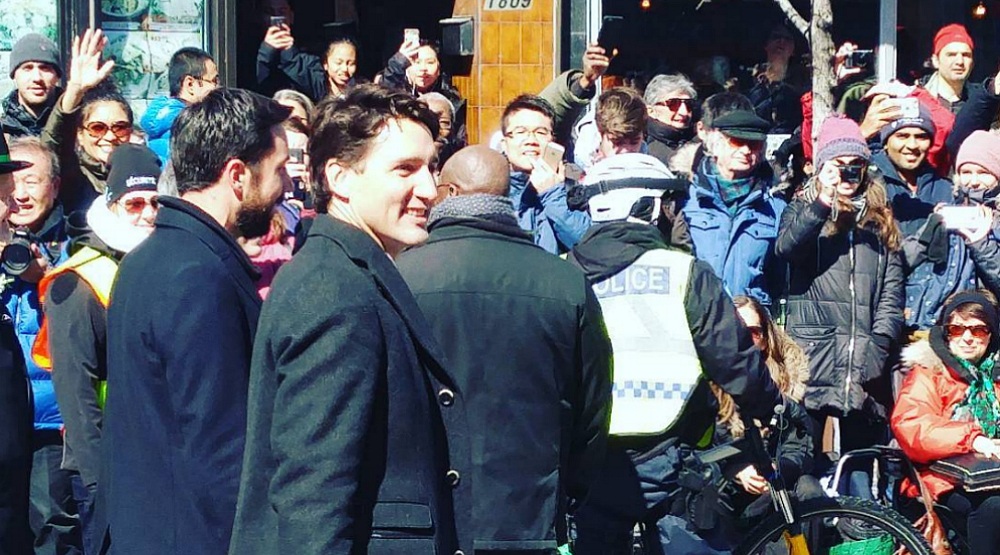 Justin Trudeau was the talk of the town in Montreal yesterday.

Even though it was a cold one yesterday, Trudeau donned a festive green tie and the two were seen smiling and waving to bystanders.

In case you missed it, check out 9 photos and videos of Prime Minister Justin Trudeau in the Montreal St. Patrick’s Day Parade.