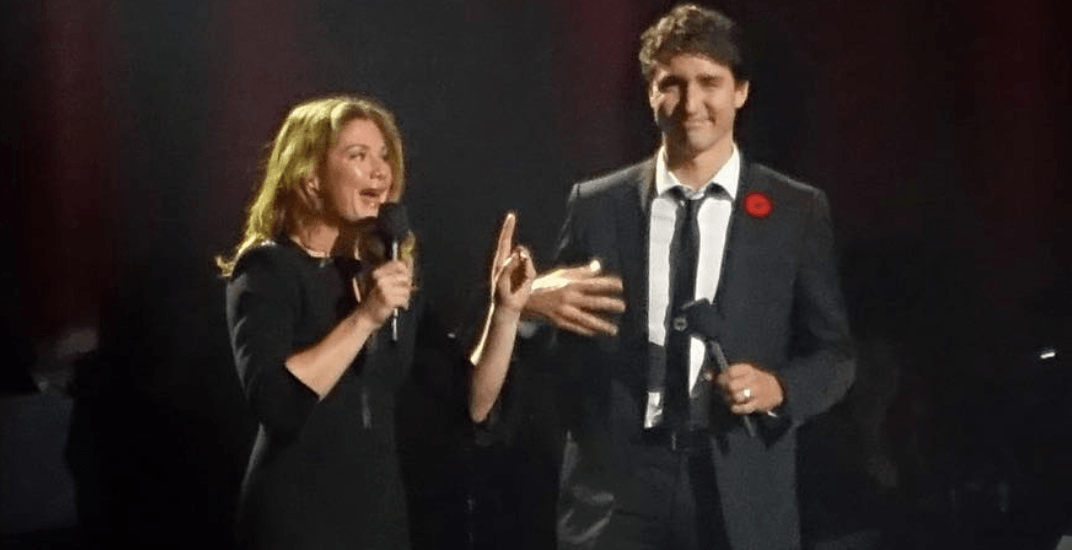 “The day of our wedding Leonard was there twice. First, when I walked down the aisle to a gospel Hallelujah and then when we had our first dance to I’m Your Man,” said Grégoire Trudeau.

“If you want a boxer I will step into the ring for you,” Trudeau sang to his wife.

“And if you want another kind of love I’ll wear a mask for you,” Grégoire Trudeau sang back.

Trudeau also took time to hang out with stars backstage.

“Canadians are so lucky @justinpjtrudeau he’s dreamy. @lanadelrey and I got the honor to meet Mr. Prime Minister,” rocker Courtney Love wrote on Instagram.

The concert, Leonard Cohen: Tower of Song, was organized by Cohen’s son Adam to honour his late father.