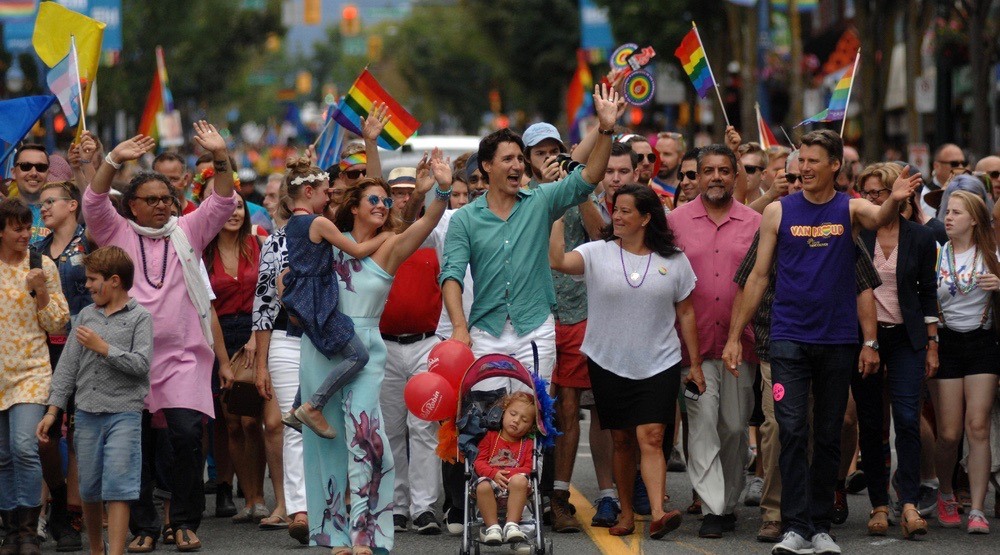 At 4 pm today (EDT), Prime Minister Trudeau will take part in the Flag Raising Ceremony for Pride Month on the front lawn of Parliament Hill.

He is also slated to make an announcement.

Trudeau raised the Pride Flag on Parliament Hill for the first time in Canada’s history just last year, on June 1, 2016.

Trudeau also became the first sitting Prime Minister to march in Toronto’s annual Pride Parade last year, as well as the first to march in both Vancouver‘s and Montreal‘s as well.

Pride Month is currently being celebrated in cities across the country.