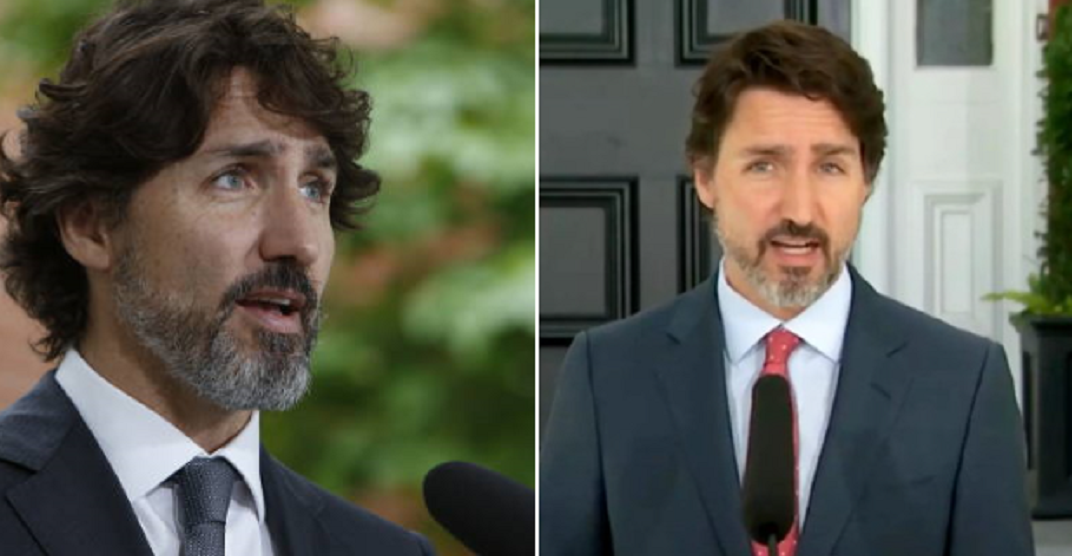 Canada’s prime minister appeared for his daily press conference on Tuesday morning with a noticeably shorter hair-do, having cut his ever-growing head of hair following a few months of closed barbershops.

The prime minister recently shared that his government will provide a financial “snapshot” in July following a postponement of the budget in March.

Canadians throughout the country likely had been facing the same overgrown plight during the height of the COVID-19 pandemic, though not all of us saw quite the same attention as our prime minister when it came to sporting the long-haired look.

The Twitterverse erupted back in April when Trudeau brushed some locks away from his face while on camera, which likely added to the reaction we’re seeing now that his curls have been significantly shortened.

Trudeau got a haircut. Phase I of the pandemic is officially over. Summer has begun. pic.twitter.com/sMpRSpAoIH

So how long before Trudeau got a hair cut is trending 🙄 cause you know it will! I’m gonna miss his long wavy hair 😂 let me post this again just for fun! pic.twitter.com/9y61ifz1jD

Barbershops in Ottawa are open. Looks like Prime Minister Justin Trudeau got a haircut! pic.twitter.com/i2O3wsEGqj

Whilst Boris Johnson has been avoiding scissors.
Over the Atlantic after months of hair growth (Left, last week) Canadian Prime Minister Justin Trudeau has now had his curls pruned back to his usual length (Right, yesterday). Although the facial hair remains. pic.twitter.com/0c9AmHD8GE

Mr Trudeau got a haircut. Sad to see part of him hidden, but he didn’t chop it too drastically. He still looks nice. I don’t think the country is ready for a long-haired prime minister. Too bad! 😕✌😘@JustinTrudeau pic.twitter.com/mWEAL5jdYo

I told my wife I was not getting a haircut until Trudeau did. I guess it’s time. https://t.co/sCGRwpDSFs

While the rest of the Twitterverse appears to have their eyes up top, the account Male Political Haircuts (which is, apparently, a thing) is asking the real questions about whether the Prime Minister will be keeping that salt-and-pepper beard.

Following his hair should Justin Trudeau also shave his face?