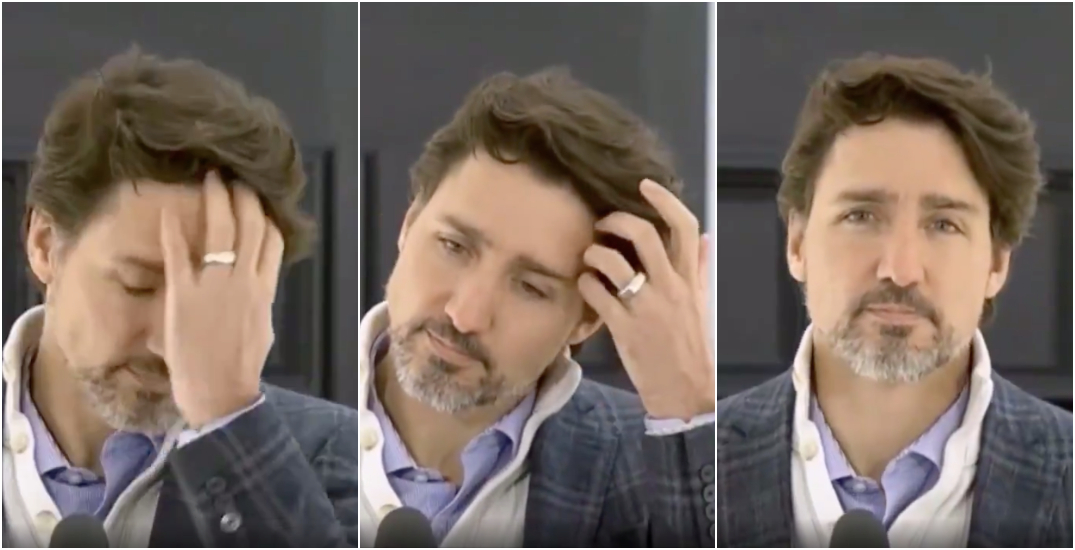 Look, the world is very bleak right now. We’ve entered unprecedented territory and sometimes we need to sneak away from all the daunting news and focus on something light.

Following the Prime Minister’s Saturday briefing from the Rideau Cottage in Ottawa in which he announced extended border closures between Canada and the US, Twitter took notice of the PM’s hair flip and, as only the Internet can, turned it into a slo-mo jazz clip.

The Twitterverse was quick to react to the press conference in the best way it knows how: memes, GIFs, and jokes. Here’s how some users were having a  field day with Trudeau’s ‘sexy flip’.

Well… pardon me while I swoon… 😍

So Justin Trudeau is the hottest prime minister worldwide to date right?

We can drag Justin Trudeau for his leadership, and policies sand for this and that, like we do most politicians.

But let me tell you: that salt and pepper facial hair with his THICK AF HEADTOP while in the throes of Rona? Shit’s on point. 🙌🏾

Love the hair but please @JustinTrudeau we need you to stay alive! pic.twitter.com/u2jcjqKYOL

When all this is over someone has to make a timelapse of @JustinTrudeau ‘s hair growing. pic.twitter.com/Yrsuchkwpk

Yeah, this’s actually just happened. 😂 Whoever did this slow motion is a genius! #JustinTrudeau pic.twitter.com/ESKTcM2TPo

Never really have seen him look this good pic.twitter.com/4fINVvnfNd

JESUS CHRIST IS IT NECESSARY TO RUB IT IN OUR FACES? COME ON SASSY!!! pic.twitter.com/oozeOZdWF8

And we get this creep. Life is so unfair. pic.twitter.com/9SR6UcKQgD