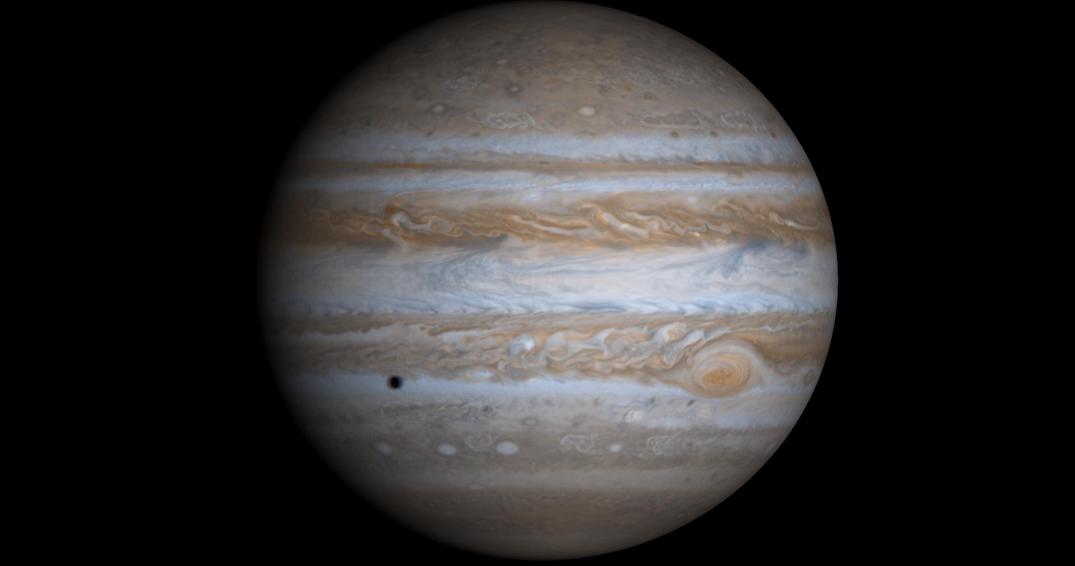 The Solar System’s largest planet may be visible with the naked eye this week.

Named after the greatest of the Roman gods, Jupiter is so big it could fit 1,300 Earths in it, according to The Weather Network.

And this week, the giant planet will be shining brightly and be close to earth.

“As Earth whirls around the Sun once roughly every 365 days, the outer planets whirl a lot slower. These differing orbital periods allow us to go between the Sun and Jupiter yearly (approximately every 13 months), making it appear, from Earth, that Jupiter is opposite to the Sun,” reports Meteorologist Erin Wenckstern.

And while Jupiter’s opposition occurred on May 8, the closest encounter to the gas giant actually occurs on May 10 – a mere 588 million kilometres away, Wenckstern said. 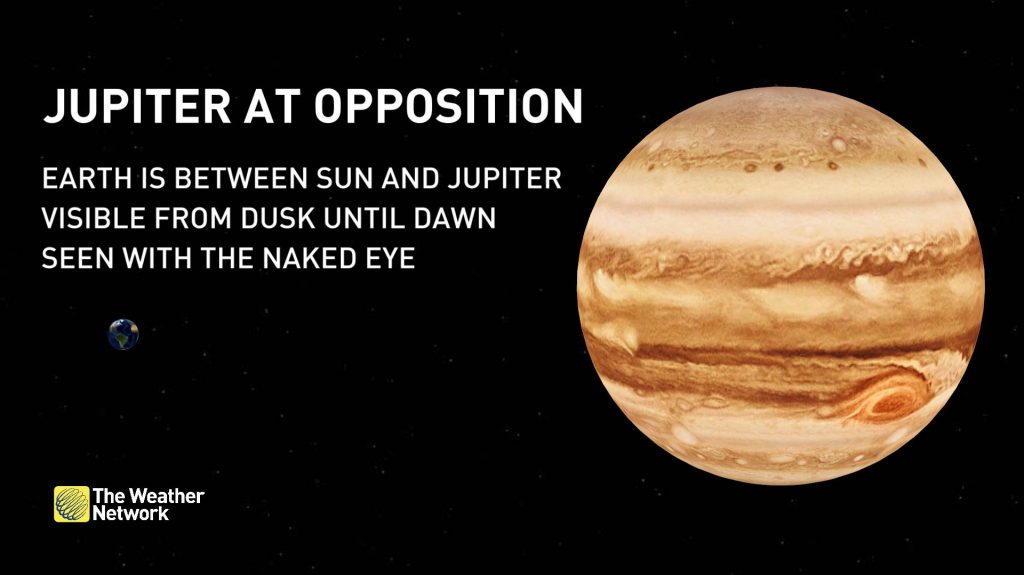 As long as the night sky is clear, you’ll be able to see Jupiter up above.

When the sun sets, The Weather Network recommends looking to the eastern horizon and watch Jupiter rise across the starry night sky in almost an exact opposite timeline to the Sun.

“To the naked eye, it will appear as a bright ‘star,’ but will graze along a path from east to west among the background of stars from dusk to dawn … all night long,” said Wenckstern.

So be sure to look up at the night sky over the next few nights, as the planet won’t make such a grand appearance again until June, 2019.