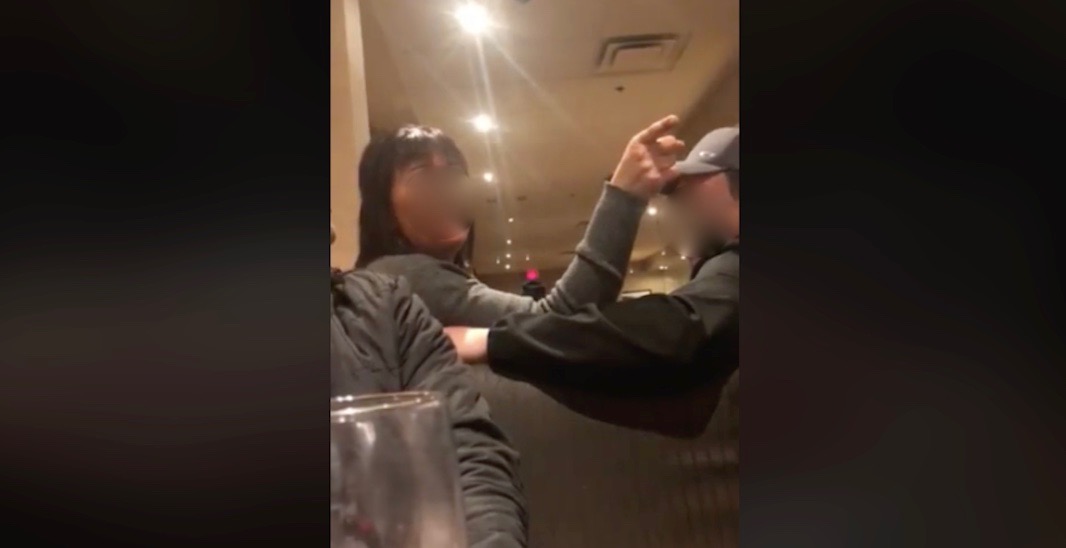 Content warning: Language quoted in the following article contains racist and graphic remarks and may not be suitable for all readers.

Editor’s note: An earlier version of this article’s headline implied that the woman was from Alberta, and though the incident took place in Alberta, it is not known if she is from the province herself.

An argument between a woman and a group of men at a Lethbridge Dennys was caught on video and has since gone viral.

The video shows the “born-and-raised” Canadian woman turned around to face the group’s booth, with one of the men recording a video during the dispute.

The woman appears to be angry at the men, telling them “go back to your fucking country,” multiple times.

“You’re dealing with a Canadian woman, and I will leap across the table and punch you right in the fucking mouth,” the video, posted to Facebook on Tuesday by Monir Omerzai, shows her saying.

The men told her that she was being disrespectful, and one made the point that he and his friends were also Canadian.

Shortly after an argument about whether or not the group of men pay taxes — “of course I pay taxes, everybody pays taxes,” one of the men replied — the woman turns fully around to face the men’s booth, though her relatively quiet male companion makes a futile attempt to stop her.

“You’re not dealing with some of your Syrian bitches right now, you’re dealing with a Canadian woman, and I’m not going to be talked down to by you,” she told them.

“You laugh all you want, you know what, that’s a prime example of why we don’t want you here.”

“Why are you being so racist?” one of the men asked.

“Oh, all of a sudden I’m being racist! I’m Canadian so I’m racist! You know what, you guys need to go back to where you came from,” the woman is shown on video saying.

One of the men — who hadn’t been heard speaking at all in the video — appears to have had it at that point.

“I respected you first, and I didn’t talk with you, but fuck you, shut up. This is my country!” he can be heard saying to the woman.

What appears to be the restaurant’s manager then came to the table, and the couple was escorted away from the group of men.

As they left, one of the men said something in a language other than English, which prompted the woman to make one last statement.

“Shut up. Speak English if you’re going to speak,” she said.

“Speak English, this is Canada, speak English. You don’t fucking raise your nationalism here. Speak English or don’t speak at all.”

“It doesn’t matter, I can speak my own language. It’s a fucking free country,” one of the men replied.

The mayor of Lethbridge, Chris Spearman, made his own Facebook post about the incident, condemning the women’s statements.

“I am embarrassed to learn that this incident happened in Lethbridge,” he said in the post.

“We are working hard to address racism and bigotry but cannot prevent ignorance and the hostile behaviour of individuals. Most Lethbridge citizens are proud of our reputation as a city that welcomes immigrants and refugees.”

Spearman also wrote that the work to support and welcome immigrants into the city will only continue.