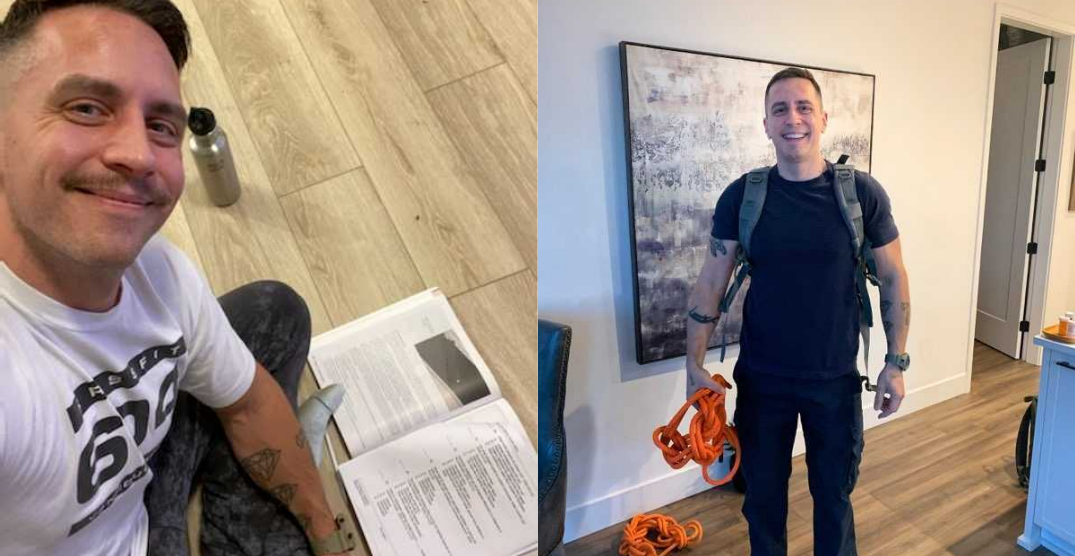 After 10 years as a morning show host in a competitive Vancouver market working for Virgin Radio, Jonny Staub still is chasing a new dream career; he wants to become a firefighter.

Saying that becoming a firefighter is no easy task is the understatement of the year. You don’t simply apply to become one. It’s physically and mentally gruelling and a true test of endurance and fortitude. It’s actually a lot like being a morning show host, minus the whole risking your life part.

That last part of the job description was a key for Staub though, who Daily Hive reported had recently left his position at Virgin Radio after a decade. While he enjoyed the impact he could make through radio to help people, he wanted to do it in a more direct way.

Aside from the physical requirements and toll of the job, there are exams that one needs to take in order to even qualify to become a firefighter. As anyone who has a full-time job can attest to, working and schooling at the same time is a real struggle. If you do find a way to achieve both it, can be incredibly taxing.

Imagine that times 100 if you’re a morning show host. Having to do your exams and schooling in the evening, then waking up at ungodly hours of the morning and finding enough energy to get to the station to host a morning show. Let alone, driving into Vancouver all the way from Squamish.

At one stage in his life, Staub was in a relationship that to some degree, forced him to confine himself to the role that he was in for financial reasons. Switching careers when you’re the primary provider for a household is a stressful proposition that many can relate to.

“I felt trapped in a few different ways,” Staub said. 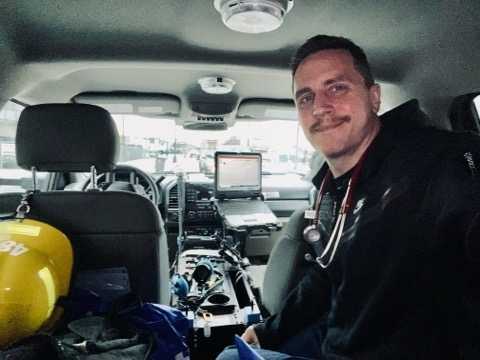 Staub reflected on the radio industry at large in line with this crossroads he was approaching, and how the industry isn’t necessarily known for job security.

“I was trapped in a marriage that wasn’t working, and I was trapped doing a job that I probably would have left had it not been the need for being the financial lead in a relationship.”

Staub shared some of his journey on Facebook, recounting that he was on a mountain hike at some point in 2019 when he overheard conversations from a friend about his role as a firefighter when the idea clicked in his own mind.

However, this wasn’t the first time Staub thought about becoming a firefighter.

“I remember when I was like in grade four, we were playing live-action Transformers, and I always wanted to be the character Ratchet who was the medic,” Staub recalled.

“I do have a high level of empathy, and I really, really like to help people.”

If you’ve followed any of the work that Vancouver Fire Rescue Services does, you’d know that actually putting out fires is just a small part of what the job of a firefighter entails. A large part of the work that VFRS did over the last year had to do with personal calls relating to things like overdose and other health emergencies. This is something that appeals to Staub.

“Someone’s having their worst day and perhaps you’re the catalyst to help move it in a better direction. That aid… I was really drawn to it.” 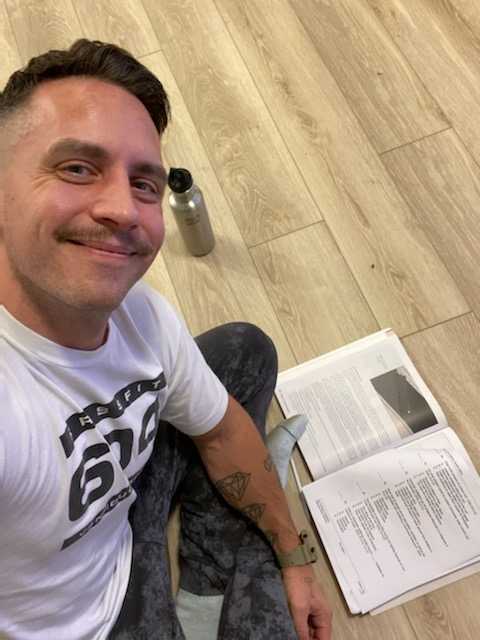 There are a lot of cliches you’ve probably heard from parents about failures — get up when you get knocked down, learn from your mistakes, etc.

The process of becoming a firefighter includes a series of practical exams. If you fail, you need to wait quite a while before taking the exam again. Staub passed one exam, but not the other, and had to wait five months to take the exam again.

And then he failed again.

He then waited to take one more crack at the exam. If he failed this time, it would have required to him to retake all of the tests he had passed.

Thankfully, he succeeded. The test took place in Victoria and on the way back he celebrated with some clam chowder.

We asked him how that chowder tasted.

“It was the best bowl of chowder I have ever tasted on a BC ferry.”

Part of the process involved a boot camp at a training academy where Staub found himself paired with Sean Whyte of the BC Lions. 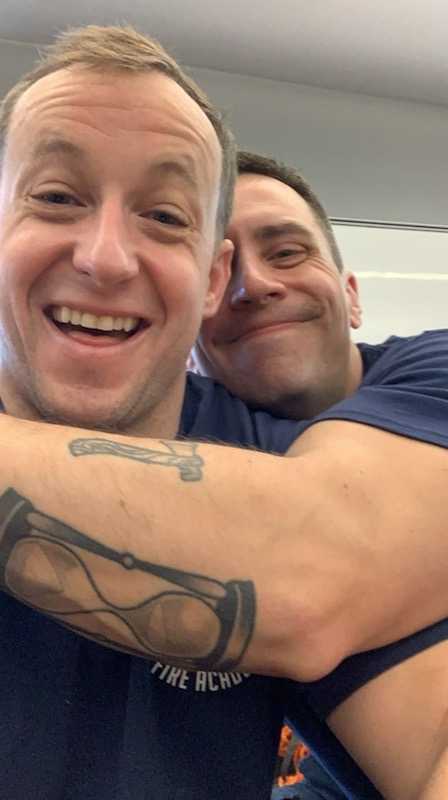 The journey isn’t over though, he still needs to find a job opening, apply, and be a successful applicant.

“You get one life, it’s yours”

While we’re sharing Staub’s story because he’s a notable figure in Vancouver, this is a struggle that is very real for many living here.

Staub took some time on Facebook to share some words of wisdom to folks who are chasing dreams.

“So here’s to all the dreamers out there that say, ‘Yeah, I’m going to place a bet on myself.’ You get one life, it’s yours. Do what you need to do. Surround yourself with wonderful supportive friends and family. You will need them, and both of you, patience. Work hard. Study hard. Get beat down and get back up again.”

He also told Daily Hive about the best piece of advice he has ever received.

“Never base your self-worth on your successes and your failures. So every time I failed, I didn’t say, ‘I’m terrible, I suck, I can’t do this.’

“Coincidentally, every time I passed something, I wasn’t like, ‘I’m the best thing ever.'”

It’s a good example of never letting yourself get too low or too high.

Staub’s story is a reminder that anything worth having is worth fighting for.