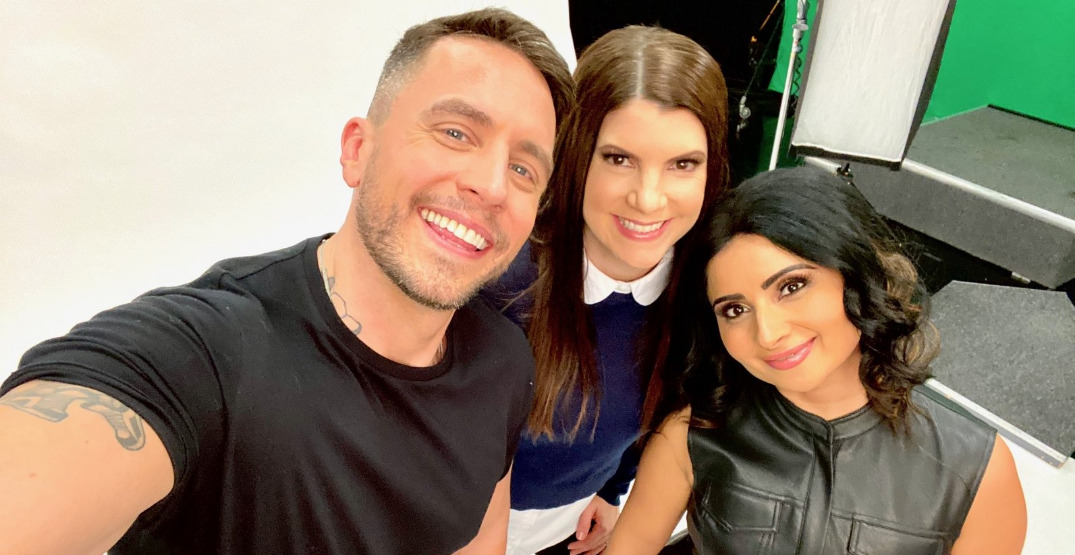 After nearly 25 years of working in broadcasting, 94.5 Virgin Radio morning show host Jonny Staub is stepping away from the mic.

He takes with him the honour of being the longest-serving male host on the morning show at the station, outlasting Kid Carson.

Staub’s last show alongside Holly Conway and Nira Arora is tomorrow morning, and he told Daily Hive about his adventures in radio over the past 24 years.

It all began when Seinfeld ended

On May 14, 1998, the very last episode of Seinfeld aired on national TV. The next day, Staub started his very first day working in commercial radio. However, unlike Seinfeld, Staub’s life has not been a show about nothing.

Seven years later, in 2005, Staub began working for a radio station in Edmonton, and two years after that he came to Vancouver.

We asked him what the journey in radio has been like.

“It feels like a lifetime, in a very good way. I wouldn’t have stayed if it wasn’t good. It’s also really scary to jump out into the unknown.”

Staub has been one part of a talented three-person morning team at Virgin Radio.

With a morning show comes a schedule that, according to Staub, can feel like an “Olympic grind.”

“It really requires a huge amount of dedication.”

Sometimes Staub was afforded the luxury of being able to wake up at 5 am, but doing it for 10 years takes a toll. 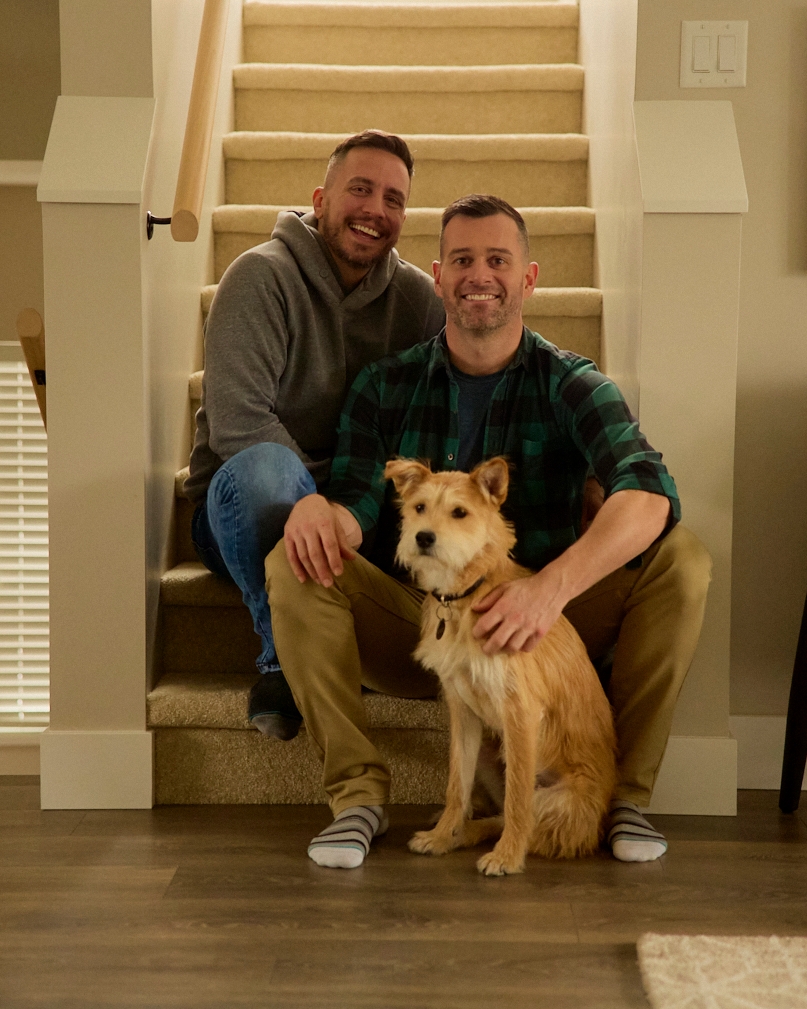 Staub, his partner, and Ranger.

For a lot of radio hosts, particularly when it comes to a morning show, there isn’t a ton of flexibility when it comes to working remotely. Staub now lives in Squamish with his partner, and the commute — as you can imagine — is not super friendly.

“I think the biggest word that came up during the pandemic was flexibility. I still love radio and the medium but I don’t think I would do it in the traditional way,” he added.

“For my own personal needs, the hours were getting really tough. We tried our best to work around it but nothing really panned out in this conversation, so that’s why I ultimately resigned.”

The timing for Staub couldn’t have come at a worse time.

After making the announcement of his departure internally, both of Staub’s grandparents passed away.

“I was off-air all of last week due to their deaths.”

Staub calls the decision to leave Virgin Radio and the medium at large “bittersweet,” but not something he came to lightly. He will miss his talented team which he adores.

How media has evolved

Between the time Staub started in the field and the present day, the media landscape has shifted dramatically.

“It was something I noticed around 2012 or so. It’s something that does concern me, but it didn’t stop me from doing my job,” he said.

“I think we’re a very divided nation, especially right now. So there’s such a great need to continue to put out a product that’s loving and caring and upbeat.”

He also mentioned how FM radio has been impacted by so many new ways to consume music.

“For anyone that listened to our show we were just so grateful because, again, there’s such a fracture of ways to get music, information, and entertainment.”

There were no bombshells that Staub dropped about moving to other stations or other career moves.

Staub does a ton of volunteer work with groups like Thank DOG I Am Out and is on the board of directors for A Loving Spoonful. 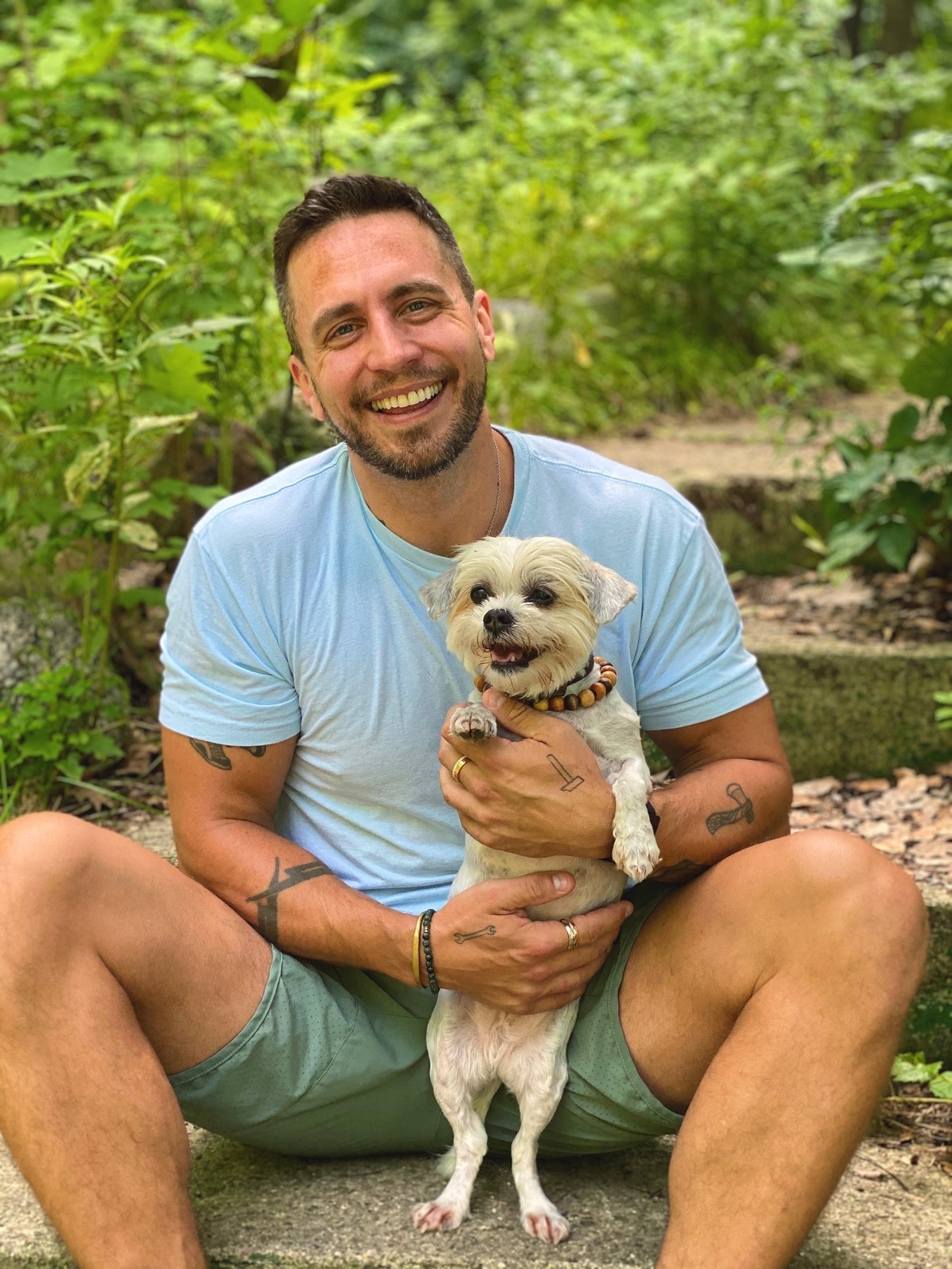 Staub and Wermmy, who unfortunately passed away last August.

He also recently got a first responders licence. He’s going to be taking some medical and fire courses here and there, but he hasn’t completely ruled out a future in radio.

For now, Staub will be turning off every alarm on every device and getting some much-needed rest.

You can listen to Staub’s last show tomorrow, right here.