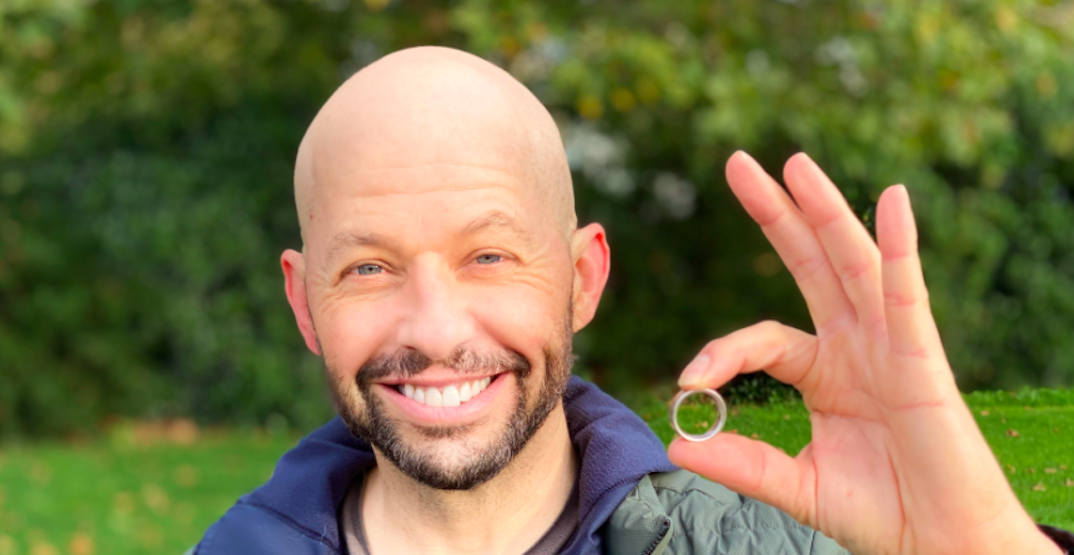 Jon Cryer after finding his wedding ring (The Ring Finders)

For actor Jon Cryer, a walk along Vancouver’s seawall this past weekend turned into an unexpected search mission, with an even more unexpected outcome.

On Friday night, as “rain was pouring down,” the Two and a Half Men star Cryer – who’s in the city working on a film project – was walking along the seawall to meet a few of his cast mates.

During the walk, Cryer said he pulled his hand out of his pocket and heard a “ping” to his left. He “walked a couple more steps” before realizing he had in fact dropped his wedding ring.

Searching for it in the rain to no avail, Cryer said he was “despondent” and eventually gave up, deciding to return the next morning. Even with the daylight the next day, Cryer had no luck, eventually heading home to check the Craigslist lost and found section.

While doing this, a “link popped up,” directing him to a group called the Ring Finders, which specializes in finding lost rings.

Cryer emailed the group and was then contacted by a member of the group named Chris Turner, who told him the search “could be very tough.” Still, the two met up the next day, Chris with a metal detector.

Cryer said Turner was not optimistic and told him it would likely be a “closure search.” In other words, “a search that will likely be fruitless, but will at least allow me to know that I’ve tried everything.”

Turner checked the grass while Cryer inspected cracks in the seawall.

Cryer said Turner then stopped and yelled: “Is this what your ring looks like?”

For his part, Turner said he was “surprised to see the ring poking through the grass, got to surprise Cryer and see how happy it made him.”

Moments like this, said Turner, are why he believes he has “the best job in the world and I love doing this more than anything I’ve done in my lifetime. I get to make people smile, I get to hear their stories of what the ring means to them and how happy they are when I’m lucky enough to find it.”