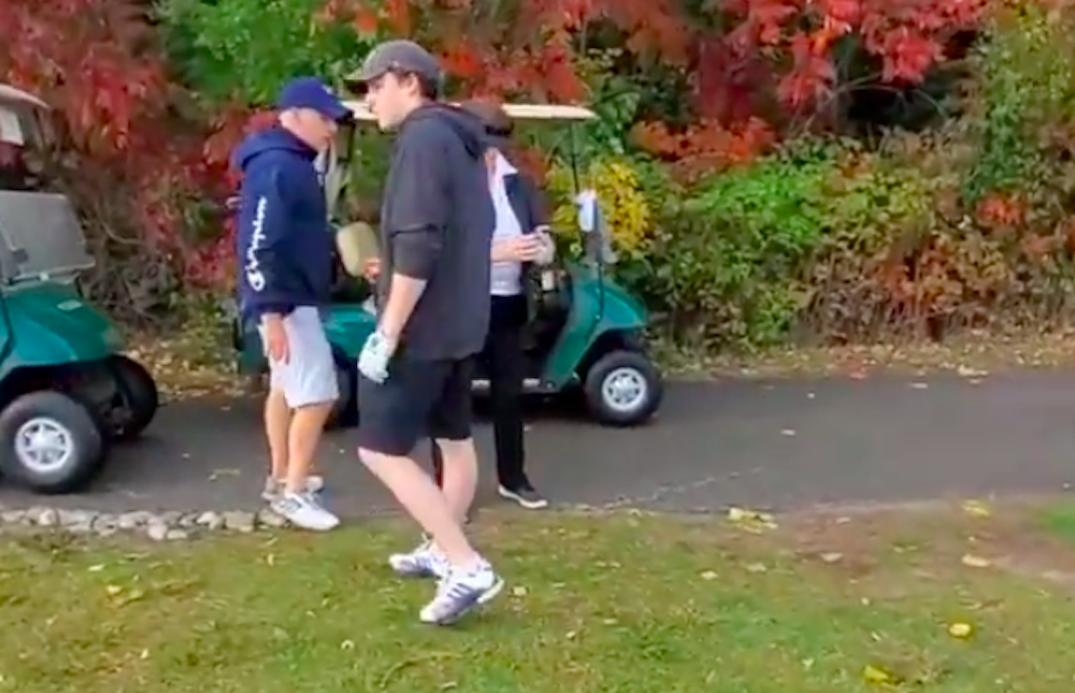 A Saturday afternoon of golf took an unsettling turn this weekend when a Brampton man became the target of a racist tirade.

Gursher Dhillon posted videos to his Instagram account showing a verbal altercation between him and two men at the 18th hole at Georgetown Golf Club in Ontario, over Thanksgiving weekend.

In the clips, two men can be seen leaving their carts and walking towards the York University student as he attempts to tee off, hurling racist remarks.

“Not the first time encountering racism on a golf course but the first time recorded at my home course. The director of the course let them finish playing and told us to leave after showing him this video. #racism,” wrote Dhillon below the videos.

Dhillon said he originally encountered the group — a family of three — at the first hole. He and a friend were late for their tee time, and when they approached the family, the wife swore at them.

“That’s when I knew they were a bit different,” he said.

In a third video, Dhillon can be heard asking a man, who he says is the director of the Pro Shop, “Are you going to kick them off for being racist?”

To which the man responded, “I’m going to write an incident report.”

Dhillon said both parties were asked to leave the course following the completion of their games.

Georgetown Golf Club and ClubLink released a joint statement on Sunday, confirming the October 10 incident, which they say “involved racist language toward one of the parties.”

The Halton Hills, Ontario, club said that police were called out of an abundance of caution, and that both parties were asked to leave the property following their 18th hole.

“ClubLink has a strict Code of Conduct that demands mutual respect among employees, members, and guests. We continually strive to offer members a safe and inclusive environment, operating with a zero tolerance approach regarding such behaviour.”

The man who uttered the racist remarks in the video has been banned from any Clublink properties, according to the statement.

Dhillon told Daily Hive that neither Georgetown Golf Club nor ClubLink reached out to him prior to releasing their joint statement. He had a 4 pm tee time the day after the incident, and he’d hoped they would have given him a strategy to feel more comfortable returning to the club.

“I’d like to invite [the family] out for a game so they can hear about the oppression that coloured people face due to racial discrimination,” Dhillon said. “In the past, my parents and grandparents would have had to use their hands for self-defense. But now we can use conversation in the fight.”