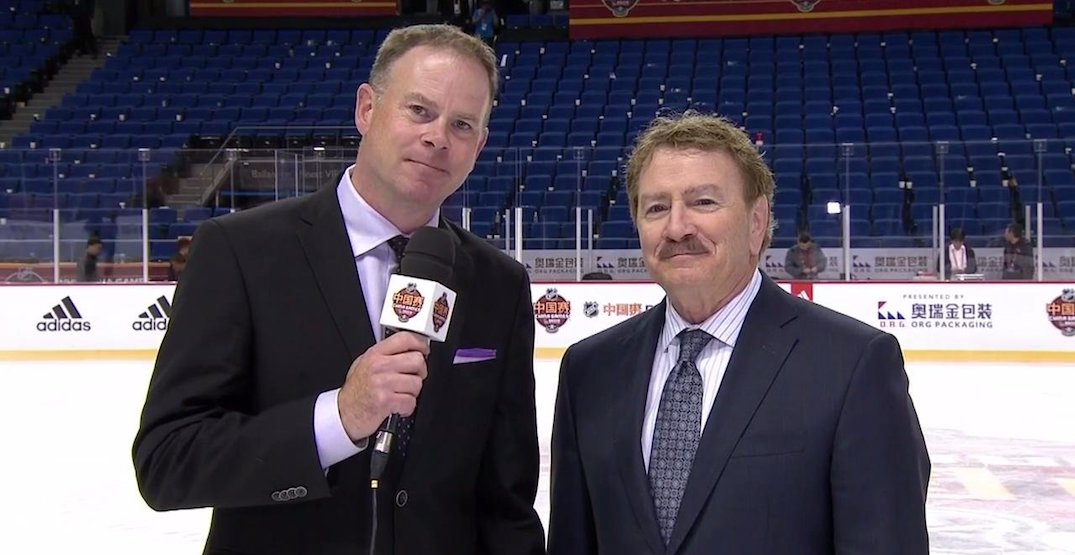 Memo to Sportsnet: Shorty, and only Shorty.

Thatcher Demko had a helluva sequence in the third period Saturday against Dallas, and so did Canucks play-by-play man John Shorthouse, who rose to the action playing out on the ice.

Canucks fans aren’t blessed with much over the years, but we are incredibly lucky to have John Shorthouse. One of the best in the business. https://t.co/kQg1qPf7dP

So loved the breathless “he hit the post” and “this is crazy” lines.

Outside of dragon-slaying, it was some of John’s best work, and from an off-site studio no less.

This new era of not sending play-by-play teams on the road and providing a narrower scope of what the screen shows, not the entirety of the event, is difficult for play-by-play professionals. And we’ve heard Shorthouse get frustrated with his vantage points, or lack thereof, at times this year.

But the crazy part here is that Shorthouse and colour man John Garrett have only recently begun calling Saturday, Hockey Night in Canada Canucks games.

In the early days of Rogers’ $12 billion NHL rights boondoggle, the play-by-play teams seemed to be a product of Scott Moore cronyism, that to get a play-by-play chair you had to be buddies with the since departed Sportsnet boss.

That’s why Paul Romanuk was dragged back from Europe, and why former Vancouverite Dave Randorf was given a chance until he proved not up to national standards.

Shorthouse, in my view, has always been of national class. He’s a worthy successor to former Canucks play-by-play icons Jim Robson and Jim Hughson, who both climbed the ranks into the baby blue blazers of Hockey Night — Hughson as its lead voice.

But even if Sportsnet didn’t think Shorty up to Hockey Night standards, then the network should have known the particularities of British Columbia and its audience out here — only the second biggest in the country.

Canucks fans want Shorty, and by not giving them Shorty, the network is somewhere between insensitive and hostile towards this market and its audience.

Telling me you’ve had Canucks regional rights for all these years and haven’t figured this out? Are Rogers deputies out here not pointing that out to the mothership? Are they too scared to? Or do the network execs back in Toronto simply not care?

It’s been plainly obvious for some time that the Toronto telecoms are not regarding Vancouver and British Columbia as they should. It’s one of the reasons our operation here is up and running.

So let me make it easy for the Sportsnet executives who still haven’t figured this out: Shorty today, Shorty tomorrow, and Shorty for all times.