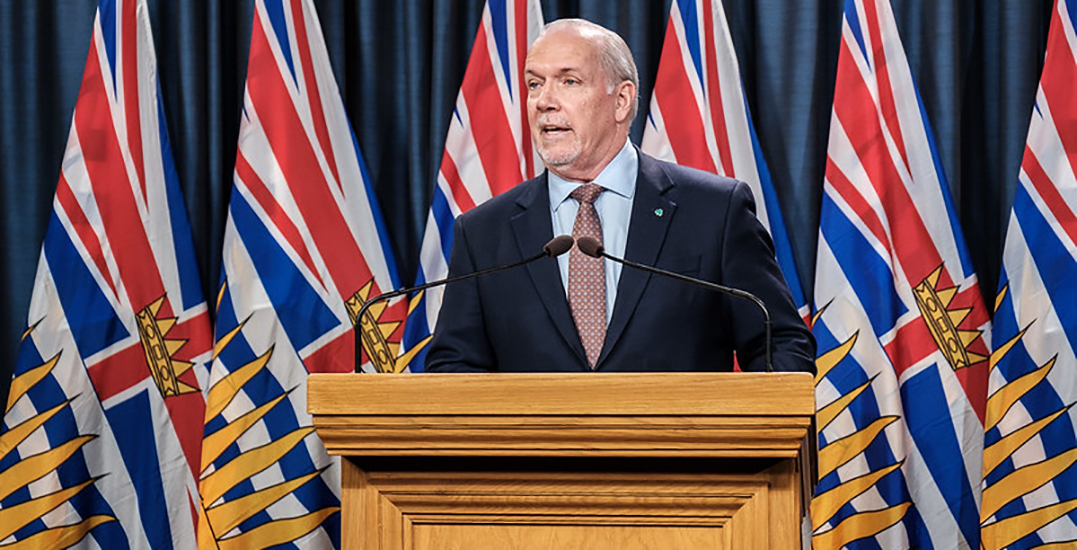 He’ll be joined by Health Minister Adrian Dix and Provincial Health Officer Bonnie Henry, as they reveal the province’s next steps in the COVID-19 pandemic.

While it’s unclear what BC’s next steps will be exactly, health authorities stress that the hard work that’s been put in will need to continue.

“What I need to remind everybody is that we are not yet through this,” said Henry during Tuesday’s press conference.

“We are, as I mentioned yesterday, at the end of our beginning. But there’s a long way to go for all of us, both here in BC and Canada, and around the world right now.”

Earlier this week, Henry also revealed updated modelling for the province, which suggested that there’s room to lift certain restrictions. The Health Officer explained that at this point in time, social and physical interaction is at approximately 30% compared to normal.

If British Columbians increased that amount to 40%, new cases and hospitalizations would remain low over the coming weeks and months.

Henry said that even if the number of contacts was doubled, increasing from 30% to 60%, the possible increase in numbers of cases and hospitalizations would still be manageable.

A red flag, however, would be if the province returned to 80% of normal, using December 2019 as a social comparison.

The increased number of gatherings and meetings would equate to higher rates of transmission and the possibility of an exponential surge.

“We have put the breaks on, for sure, and that is a testament to the work that everybody has done across the province,” Henry said, “but we have not yet stopped this train.”

“As the modelling has shown, moving too quickly can undo all of the work that we have done.”

Dix adds that while many other jurisdictions across Canada move to open up sectors of society, many of these were never closed in BC, to begin with.

“So this means that we’ve managed by following the science here, by ensuring that those who continue to work do so safely, to model the kind of behaviour going to continue to need to mode in the days and months to come,” he said.

The announcement is scheduled to take place at 3 pm.