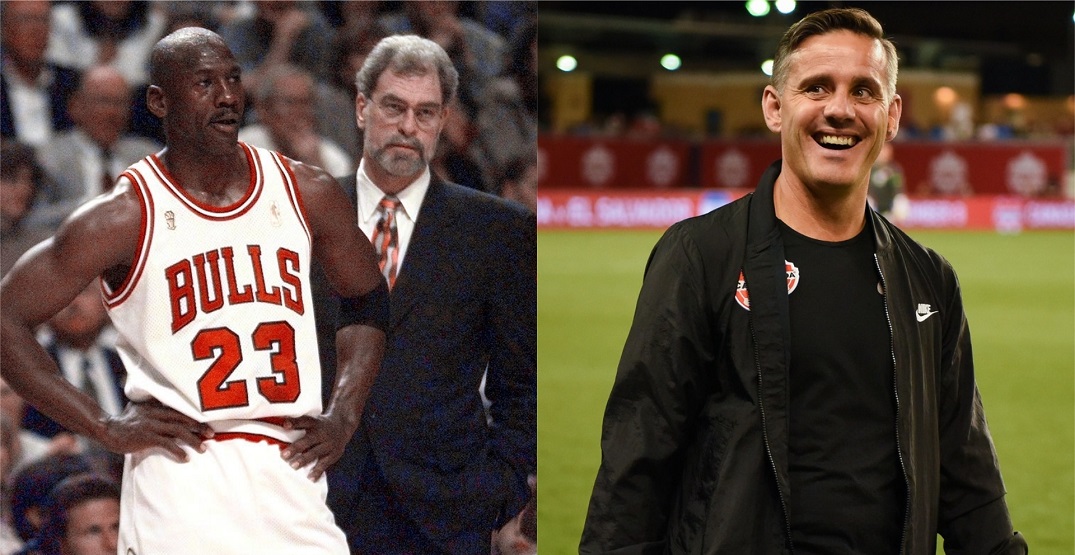 Halfway through the final qualifying round for the 2022 FIFA World Cup, Canada sits in third place and is halfway home on the journey to earn a berth in Qatar. Through seven of fourteen games, Canada is the lone undefeated team left in their region (three wins, four draws.)

By way of a second half goal from Lille striker Jonathan David, Canada picked up a 1-0 win over Costa Rica at Edmonton’s Commonwealth Stadium on Friday in front of the third-largest crowd ever for a men’s national team match.

And while Herdman said the team was lifted by the 48,806 fans in attendance, it was actually a phone call with a Basketball Hall of Fame member that he chose to relay to his team before the match.

“I had a good chat with the Chicago Bulls coach Phil Jackson yesterday,” Herdman said. “I shared some of his thoughts with the team before we went on the field tonight.”

Jackson won six championship rings as the head coach of the 1990s Chicago Bulls alongside stars such as Michael Jordan, Scottie Pippen, and Dennis Rodman.

Jackson took a year off from coaching, and then earned five more championships while on the bench for the Los Angeles Lakers, as part of both their “threepeat” from 2000-2002 and their pair of titles in 2009 and 2010.

Herdman actually didn’t follow up on what the messages from Jackson were, but defender Sam Adekugbe — who Herdman called the man of the match — filled the media in with the info.

“He talked about fundamentals,” Adekugbe said. “The best teams do the fundamentals consistently. He also talked about how your last time doesn’t matter what you did, [you’ve got to be] focusing on the next game… we have to adapt that adopt that same mindset.”

Up next for Canada is Mexico in Edmonton. Mexico, who fell 2-0 to the Americans on Friday evening in Cincinnati, sits second in the table, one point ahead of Canada.

“We know we have a tough game coming on Tuesday against Mexico. [They’re] a very good team,” Adekugbe said.

Canada drew Mexico 1-1 last month in Mexico City at the Stadio Azteca, their best result there in over four decades.

“We want to play off the first time… we know what our ambitions are at,” Adekugbe added. “This time, we move on and focus on the next match.”