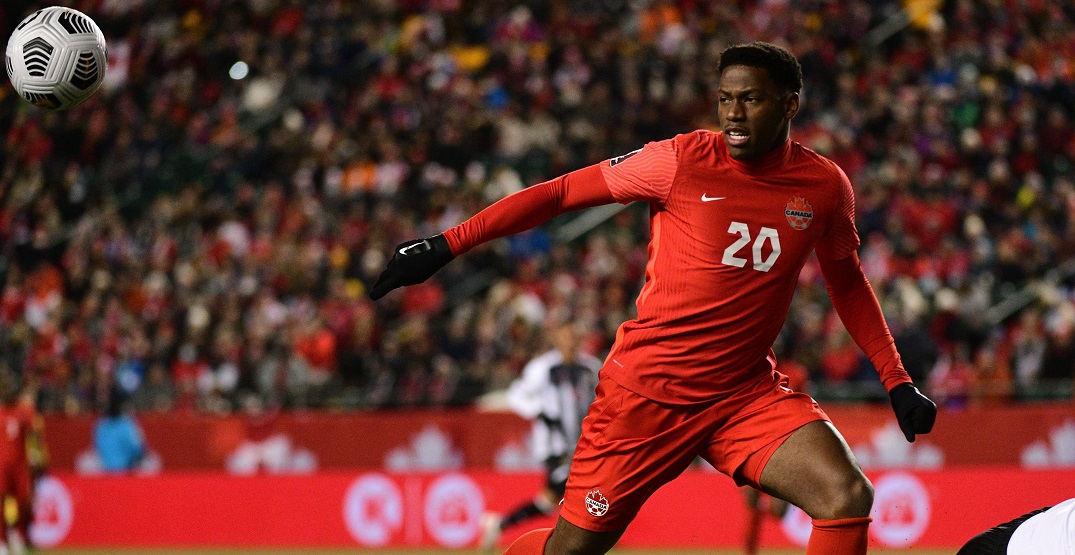 Halfway through the final stage of qualifying, Canada remains in strong position to advance to the 2022 FIFA World Cup.

Canada didn’t make it easy for themselves in their latest endeavour, but they came out on top of Costa Rica on a chilly night at Edmonton’s Commonwealth Stadium by 1-0 score.

Lille striker Jonathan David made the most of a mistake by Costa Rican goalie Leonel Moreira for the game’s first and only goal.

“He know he has to be in the areas when the opportunity comes, and when he’s in those areas, we know what’s going to happen,” Canadian head coach John Herdman said of David post-match.

A second Canadian goal in the game’s final 15 minutes was overturned for an offside call.

Scoring wasn’t coming easy for the Canadians on Friday evening. Moments before David’s marker, Tajon Buchanan just missed a potential goal of the year candidate on a bicycle kick that would’ve been a staple of highlight shows for weeks on end.

A crowd of 48,806 showed up for the match, which hovered around 1° Celsius for the evening.

🗣 "A massive thank you to the Edmonton fans," #CanMNT head coach @coachherdman on the electric atmosphere at Commonwealth Stadium tonight 🏟 pic.twitter.com/2JfoCuaRED

“Ultimately, the fans put us over the line. We couldn’t be more happy,” Canadian defender Sam Adekugbe said of the crowd. “I think Alberta is underrated in terms of how passionate their fans are when it comes to sports.”

Herdman called Adekugbe the man of the match.

Edmontonian and Bayern Munich star Alphonso Davies received a standing ovation for his efforts from the crowd, as he was subbed off in the 82nd minute.

“The atmosphere was electric,” Herdman said.

Canada, in third place with 13 points, sits one point behind Mexico and the United States, who both have 14 points so far. The Americans picked up a 2-0 win over Mexico in Cincinnati on Friday to claim top position in the group.

But things are getting crowded in the top half of the standings.

In other CONCACAF action on Friday evening, Honduras coughed up a 2-0 second half lead to Panama, who came out on top by a 3-2 score. Panama, who faces the Canadians at home in the final match of the round,  trails Canada by just two points.

Additionally, sixth- and seventh-place Jamaica and El Salvador played to a 1-1 draw. 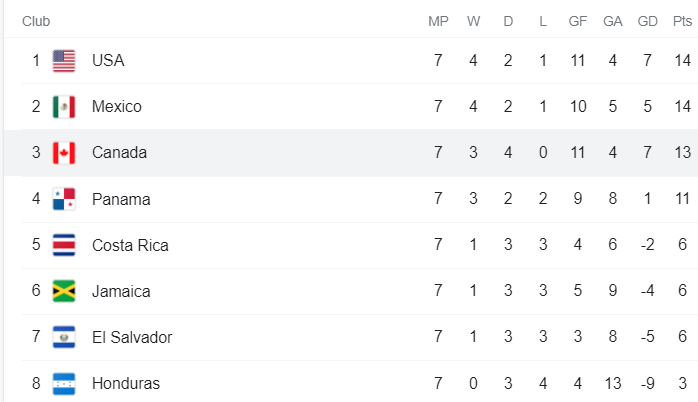 Herdman mentioned to the team pregame that he had a conversation with former NBA coach Phil Jackson, who was one of the key pieces of the 1990s Chicago Bulls dynasty.

Adekugbe said that Jackson’s conversation was relayed to the team, saying that a key message was how it’s important to always be focused on the next task ahead.

“We have to adopt that same mindset. It’s time to move on and focus on the next match,” Adekugbe said.

Up next for the Canadians is a matchup on Tuesday against a tough Mexico side. In October, Canada picked up a 1-1 draw at Mexico City’s Stadio Azteca. They’ll be returning to Canada for a match against the US on January 30th as the middle contest of a three-game international window that also features road matches against El Salvador and Honduras.